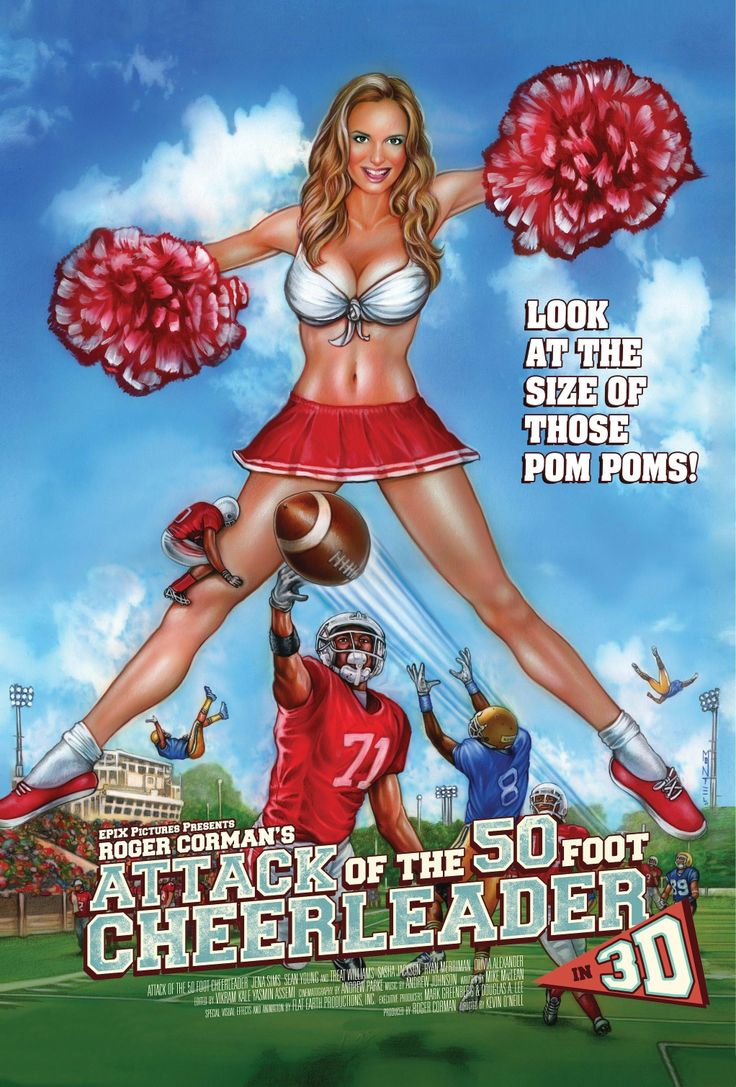 While you might automatically think that this film would have something to do with Attack of the 50 Foot Woman, either the original or the remake, you would be sorely mistaken. Aside from the very large women in this film, there is nothing that relates one to the other in any manner. The film was produced by Roger Corman whose presence can be felt in every aspect of every scene and directed by Kevin O’Neill who did the best he could with what he was given, which was not a lot.

Essentially, the film finds Cassie an ugly duckling who wants to join a sorority, become a cheerleader, get the guy and impress her mom played by Sean Young. In order to achieve that, Cassie injects herself with an experimental serum from the lab she works in and it is not long before the least popular girl in school is doing all the things she ever wanted including finding herself in an all-out topless brawl with the head cheerleader Brittany as she-giants at the big game.

A lot of this movie borders on being terrible, if not actually atrocious such as the music which sounds like the soundtrack to a live-action television show for toddlers; purely infantile stuff and if it was meant to be funny, it was a miserable failure. 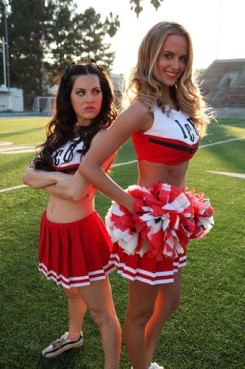 The acting was horrendous from everyone involved, even Treat Williams who must have needed the cash pretty bad to appear in this film. The dialogue was not much better and the story, while familiar as it has been seen in many a Cinderella movie, would have worked better if everything around it had been much improved.

On the plus side, everyone looked pretty, except for pirate guy, and for those who might have guessed, there was a little nudity involved as well, including the aforementioned topless battle. What was really surprising was that the film actually contained a couple of moments that were genuinely funny and elicited a chuckle, so not everything in the picture was all that bad.

Despite it all though, even the good stuff, the film was truly awful, but you do not feel as if you threw away an hour and a half of the time allotted to you in this life. For that fact alone, Attack of the 50 Foot Cheerleader is not necessarily worth it, but not a complete waste of time either.