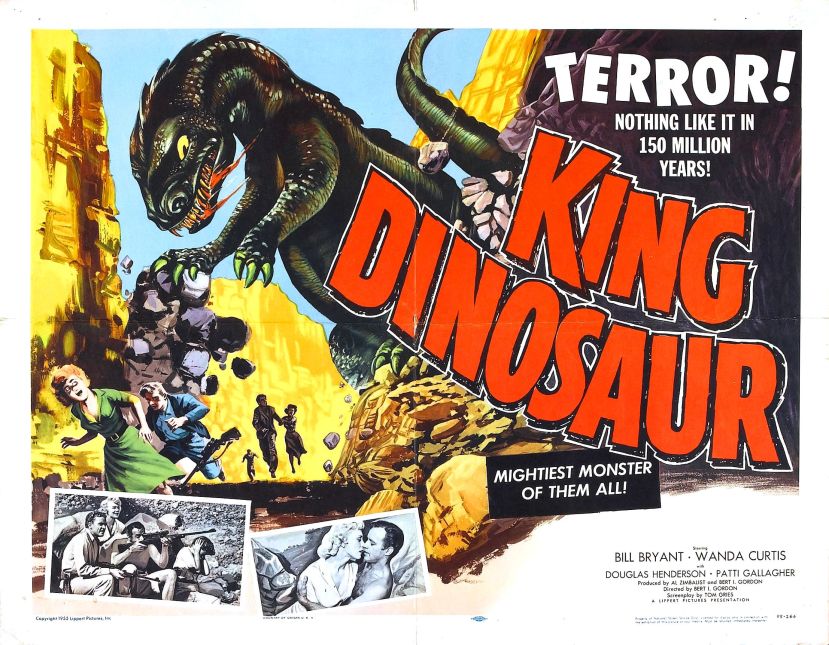 During the 1950s, if you had a movie that required something to be literally blown out of proportion, then the man to call upon would be Bert I. Gordon.  The prolific director of all things in different sizes including The Amazing Colossal Man, The Cyclops, Attack of the Puppet People and more, could make things big or he could make things small.  While it might seem like he might have been pigeonholed because of it, these movies at least kept him working and gave audiences the science-fiction fix they needed, whether good or bad.  The common factor in all of Gordon’s films during this time was the contrast between the acting and the special effects.  More often than not, the budget was minuscule for his films, but the stories they told and the actors that made them come alive were often much better than whatever the gimmick was he had to put across.  Sometimes the film looked great and at others, specifically this film and its the special effects, left a lot to be desired. 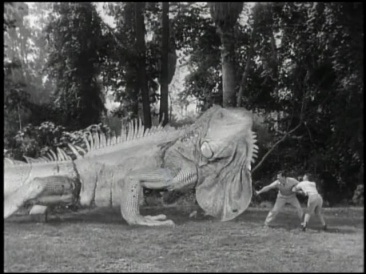 One of the dinos.

Instead of the usual island, tropical paradise or unexplored part of Mexico that many of these films use as an excuse to explain away the special properties of the area, this film saw our cast travel to the planet Nova.  Nova is a planet that looks similar in most ways to Earth except for the giant lizards, insects and dinosaurs that inhabit it.  It is at the point where the Tyrannosaurus Rex is introduced that the film fails abysmally as it is just a simply lizard, possibly an iguana, that is used to portray the King Dinosaur.  Even though Gordon used a lot of stock footage in the film to keep the budget down, he could have spent a little cash on the titular dinosaur to at least make it look like a T-Rex.  The T-Rex was not the only bad special effect of the film, as the giant bugs and literally everything else looks quite phony, even when compared to his other movies.  Despite all of that, the film is still somewhat enjoyable.

The story is decent, if familiar, and the actors do a good job of it, or at least as good as they can.  There are times when the dialogue is a little cheesy and stilted, and even a little stupid.  As the characters in the film are supposed to be scientists, they rarely act as such and seem more like they are out on a camping trip and just happen to run into some giant creatures.  What is probably the biggest flaw of the story is that as scientists, they have brought along an atomic bomb, just in case one happens to need an atomic bomb when exploring, and then setting it off without a care in the world for the inhabitants of this new planet.  While the film might not have been the worst ever made, and there are those that are much better as well as some even featuring the same subject matter, King Dinosaur, though a little entertaining, will at least kill an hour if you have nothing better to do. 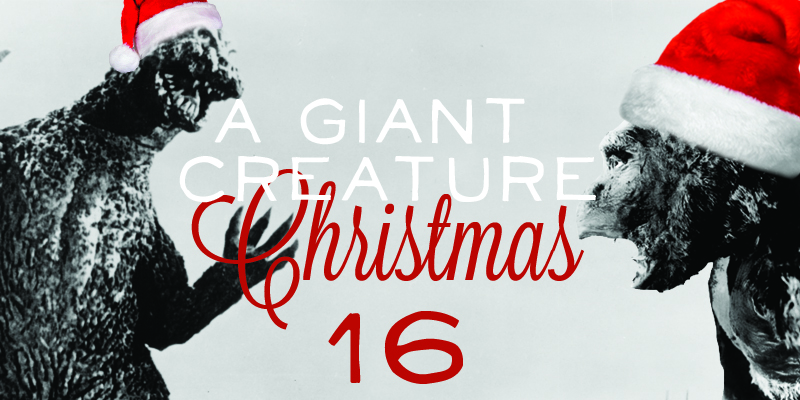