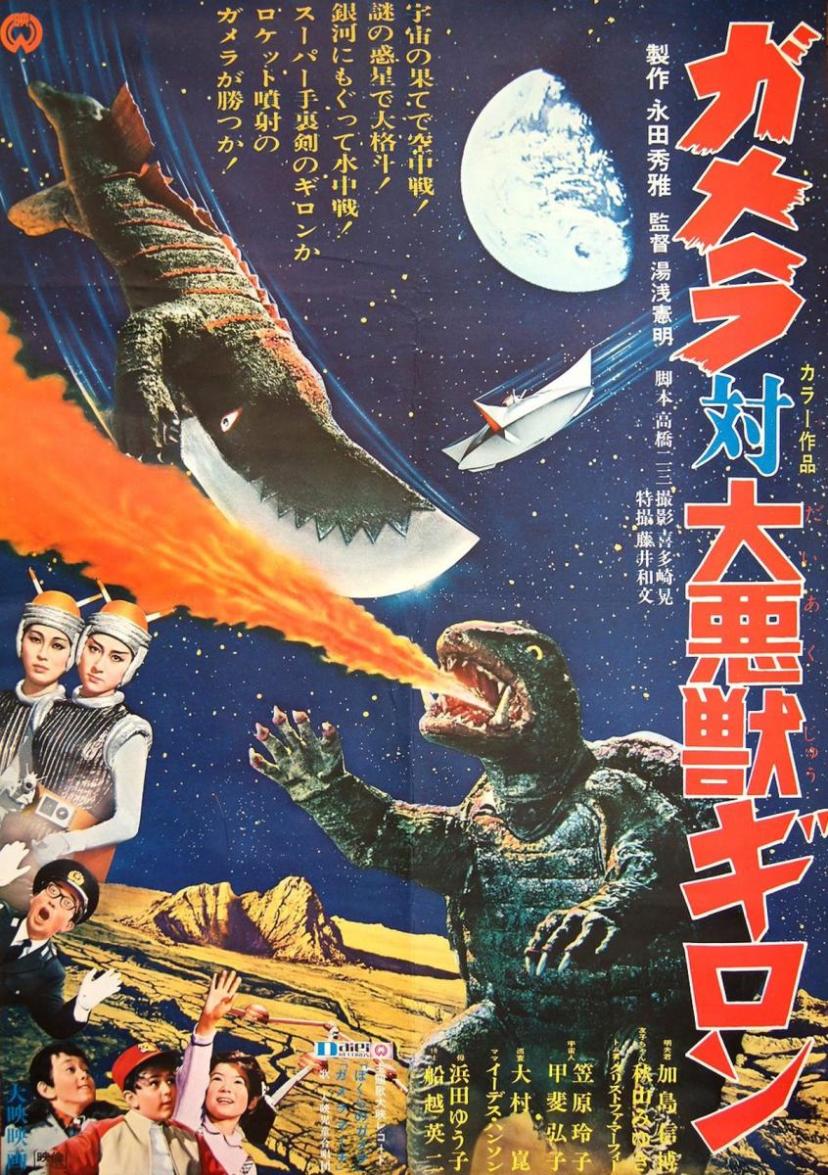 Two boys are out exploring one day when they discover a flying saucer.  So what else is there to do but leave the little sister at home and take the ship for a spin to a planet on the other side of the sun?  Such is the premise for the latest Gamera film and it sees the two get into some trouble with a couple of young lady-aliens.  Obviously, as the boys are now in distress, Gamera must fly halfway across the universe to rescue them.  For a children’s movie, Gamera vs. Guiron does take a few leaps in logic throughout the course of its run, though being for children, it does not really matter when all is said and done as long as they are entertained.  Surprisingly, this movie does just that once again for both young and old alike and while it is a little juvenile, it is hard not to be sucked into what is going on.  This film will never be considered as anything more than a cheap waste of celluloid, but all the same, it is utterly compelling.

Speaking of cheap, the costume for Guiron looks completely ridiculous, but you expect that by this point in time and his, along with Gamera’s, now hold a certain kind of charm.  As hard as it is to believe, these crazy man-suits do not seem all that bad and you now sort of just gloss over the fact that they look absolutely fake.  Guiron’s costume which is essentially just a rubber suit with a blade for a head is sheer lunacy, but it works as insane as it might sound.  The ninja stars that Guiron controls telepathically, or at least that is how it seems, is pushing things a little too far in the believability department and though you might accept the costumes, you can only be pushed so far into accepting the outlandish. 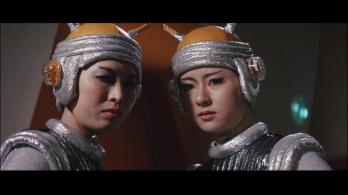 There was one moment in the film that truly seemed out of place but was fascinating all the same involving Guiron decapitating and dismembering Gyaos.  Now Gamera has been wounded in previous films as have other creatures and we have seen them bleed here and there, but never in any Gamera film have we seen something like this.  It did drive home the point that Guiron is a credible threat and probably the fiercest kaiju that Gamera would face up to this point, but since the Gamera films have gone full-out family friendly, this scene was not only an oddity but perhaps a poor choice to include in the film.

The cast for the movie was all right but nothing special with Hiroko Kai as Barbella and Reiko Kasahara as Florbella being the best of the bunch.  A shout-out does have to go to Gamera himself though for doing some great acrobatics and dancing, something he has never shown previously but obviously does have a talent for (it was actually quite terrible and is probably the lowest point out of any Gamera picture ever filmed).  Frankly, these movies do not exactly call for the greatest of acting abilities which is okay as they will never be anything but, though it would be nice to see a really good, epic Gamera film one day.  While this movie might be fun to watch and even hold your attention as impossible as that might seem, it is still not a very good film.  That being said, and considering all of its flaws, the film still gets a passing grade.