Gamera vs. Barugon, the second movie of the franchise continues right off of the first film but is also the start of a series that finds the prehistoric turtle facing off against various foes much like Godzilla would do.  It is not necessarily a bad thing either, because there are only so many things you can do with a giant monster such as this.  So either he is fighting humans and destroying cities or he is battling other creatures and destroying cities.  It is a pretty simple formula when it comes down to it, so it is up to the filmmakers to create a story around the monsters that will draw the audience in each and every time.  Again, you cannot really change the monsters; they are going to do what they do so it is everything else that has to be different.  The last film was an origin story, one where we are introduced to Gamera and also one that sees the monster shot off into space to save humanity.  This film sees Gamera come back.

And come back Gamera does as the rocket he was in was destroyed by an asteroid.  Meanwhile some treasure seekers go to a small village looking for a mysterious opal, one which they believe will make them rich beyond measure.  What these men cannot hope to fathom is that it is in actuality an egg that coupled with radiation, soon gives birth to a monster named Barugon.  Barugon is an ancient creature, one that has breath that can freeze a being to death and also has the ability to shoot deadly rainbows from its backside.  It is then up to Keisuke and Karen to try and find a way to stop the two creatures or at least one of them before the fighting between the two destroys everything.

Unlike the first film, this one was shot in colour and perhaps it would have been better if it had stayed in black and white at least when it came to creature effects.  Gamera remains largely unchanged and you would be hard-pressed to find anything different with his costume, but Barugon is all new and it looks like they just pasted on a pair of those googly-eyes you can buy at any craft store onto a tube of rubber that was tapered at the tail.  Surprisingly, the head sculpt is done really well, again, except for the eyes and he looks quite distinctive.  But the worst thing of all about Barugon is the contraption he uses to shoot his freeze breath as it looks like a one of those rods exterminators use to spray pesticides.  The visual and practical effects department did a fair job all in all, even with Barugon’s rainbow power, but it almost seemed as if the budget ran out and they gave the guy inside the suit a long piece of pvc pipe to jam out of Barugon’s mouth to shoot some smoke out of.  Pretty cheap and cheesy even for a B film.

Kōjirō Hongō who stars as our leading man Keisuke does a good job of the role, as does Yūzō Hayakawa who plays the ill-fated Kawajiri but the person who stole the show was the villager Karen as portrayed by Kyōko Enami.  Being one of the very few women in the picture, she stands out and is quite striking, not to mention beautiful.  She has some of the strongest scenes in the film and has a very commanding presence whenever she is called upon to speak.  While many of the roles could have been played by anyone, Enami makes the character of Karen her own.  To complement the acting was some good cinematography by Michio Takahashi, a script that was just a bit stronger than the first Gamera film by Nisan Takahashi and a new director in Shigeo Tanaka.  The film, while perhaps just a bit stronger than the first one, is less geared towards kids what with all the various murders that go on, but is still a solid little picture that can be enjoyed by all and a worthy sequel to the original. 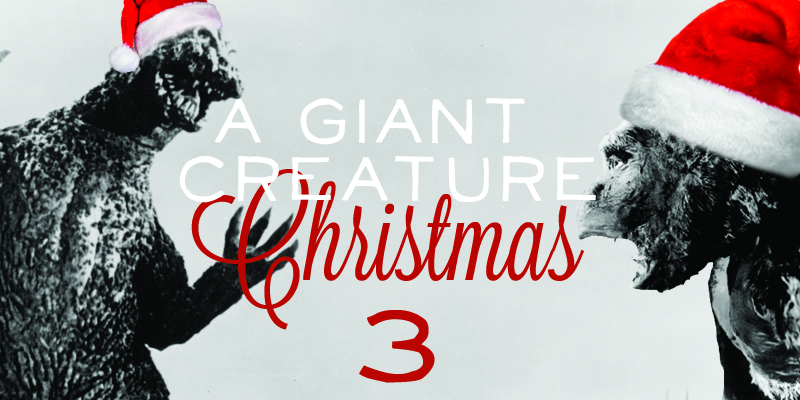