Hush might be defeated and locked up in the Batcave, but his plan lives on in Jason Bard who is determined to see Batman taken down and put in jail for the rest of his days.  That goal is now easier than ever since the government seized control of Wayne Enterprises and everything that they were associated with, including Lucius Fox who designed most of Batman’s tech.  To say things are bad is putting it mildly.  When Batman Eternal started it seemed like it would be a story about Jim Gordon and his fall from grace.  Well that did indeed happen, but what was not expected was the same thing to happen to Bruce and his alter-ego.  Over the course of the series, everything that belongs to Bruce or Batman including friends, associates, property and even his home, has been taken away with only the cave, Alfred and Julia and the rest of the Bat-family left.  The writers have done an amazing job thus far of tearing our hero down and taking him apart piece by piece.  Where it goes from here is anybody’s guess, but there is obviously a lot more to the story left and it should be just as riveting finding out what, as it was to read the story to this point.  One of the most compelling aspects of the current issue was seeing Lucius Fox take a job with Commissioner Bard.  Whether he was forced to as part of the government seizure or whether he simply needed a job, it will only cause problems for Batman down the road such as it already is.  How Batman will get around this is going to be extremely interesting and exciting because if he loses his tech, he loses half of what makes him so good at what he does.  Great stuff! 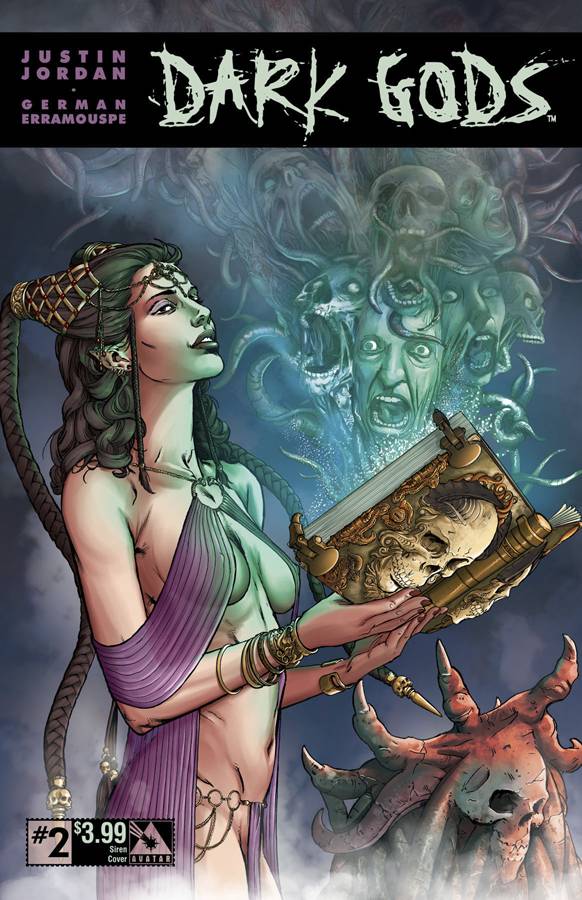 The second issue of Dark Gods picks right up with some pulse-pounding action as Resnick and Marian run for their lives against the creatures that were about to eat him last issue.  While they fend off the monsters, the book flashes back to Marian’s past and we see that she used to belong to a cult and that she has some experience in the matters of the supernatural.  Good thing too as they are going to need all the help they can get.  Dark Gods, the new horror comic from Avatar and Justin Jordan is an intriguing book so far as it is giving you just enough to be interested, not revealing a whole lot of the backstory or just what and who these ‘dark gods’ are.  So far there has been a little of Resnick’s history, a little of Mariah’s and a lot of action.  Action is good for the most part, it keeps the pace of the book up without it becoming boring but it can also be a bad thing as it sometimes overtakes the book without very much movement plot-wise.  As of this issue, and it is only the second one, it is doing a fair job of balancing both story and action, though a little more story would be a good thing and it looks as if that might be happening next issue if the cliff-hanger is anything to go by.  The book features some good art from German Erramouspe and Michael DiPascale that is a little simplistic at times in its use of backgrounds, but it fits the story as a whole which is nice to see.  If you are looking for a horror book to try out, this one is off to a good start.