In all of history, there is rarely a creature more fearsome than the dreaded Hydra, except perhaps in this film as due to the practical effects, the Hydra is quite laughable.  At first glance, the monster gives off a bit of a kaiju vibe but once it appears in a full-on shot, it is closer in vein to a parade float than anything else.  Even worse was watching Hercules ‘battle’ the creature and part of you had to feel a little bad for Mickey Hargitay for having to pretend to do so.  For a monstrosity such as this, the Hydra looked great at times but as a challenge for the son of Zeus, it was ultimately quite silly.  Thankfully the rest of the film made up for the failings of the monstrous menace and the special effects department. 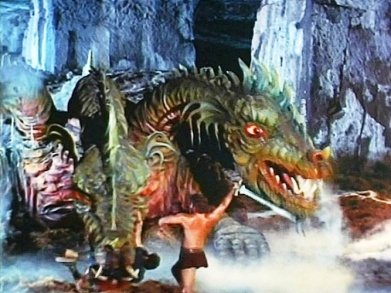 Originally known as Gli amori di Ercole or Hercules vs. the Hydra among others, The Loves of Hercules finds our hero away from home when his wife is murdered by the Ecalians.  Seeking revenge against the people of Ecalia when he learns of the treacherous act, Hercules soon finds himself falling for Deianira, queen of the Ecalians.  After a little conniving on the part of Licos, Hercules stands accused of murder and when trying to clear his name, he falls in battle against the Hydra.  After being cared for by the Amazons and their leader Queen Hippolyta, who means to kill him when she is finished with him, he escapes, raises an army and heads back to Ecalia to deal with Licos, rescue Deianira and live happily ever after or at least until the next film.

As far as peplums go, this is a fairly average outing that sees a hero rescuing a girl from certain danger; he merely does so in a roundabout way.  The movie does have everything you like to see in an adventure film though, including a strong man in the role, that being the previously mentioned Hargitay as well as his real-life wife Jayne Mansfield as Deianira, the woman he falls for.  It has action, drama, strange creatures, Amazons of stunning beauty, treachery, magic and more.  The picture lacks for nothing except perhaps a more cohesive story and better special effects.  There are a couple of scenes that impress greatly which involves a field of trees planted by Hippolyta.  The ground is fairly barren and the trees weathered and old as they sway back and forth, though there is no wind.  The trees do so as they were once men, former lovers condemned to tortuous, eternal life as their bodies are transformed into wood.  As Hippolyta looks upon her works and smiles during one scene, we see one such man in mid-transformation and it is a very eerie sight indeed.  If the makers of the film could have been as inventive with the rest of the picture as they were with the man-trees, specifically the Hydra, the movie would have been much better for it.

The acting was decent and the direction by Carlo Ludovico Bragaglia fine and overall, the film was quite solid.  As previously mentioned, the story could have been tightened up a little as it seemed a little hodge-podge at times. The entire sequence with  Hippolyta and the Amazons for instance, could have been left on the cutting room floor and it would not have made a difference to the movie whatsoever.  After is was all done and through though, The Loves of Hercules was a lot of fun and is a perfect movie for a rainy afternoon. 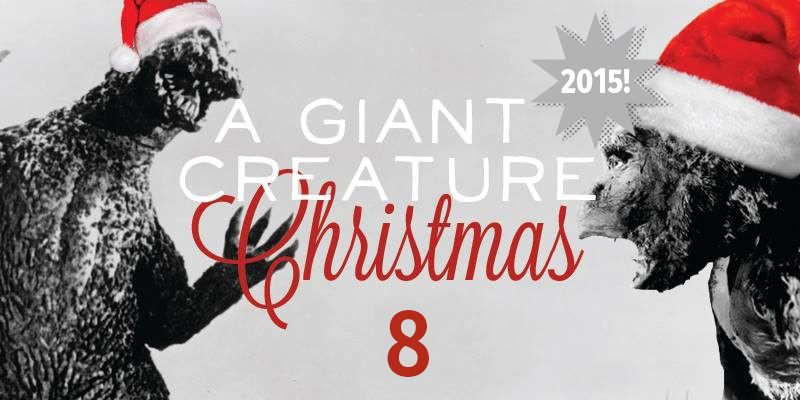