Should Have Stayed Down Below – Up From the Depths (1979) 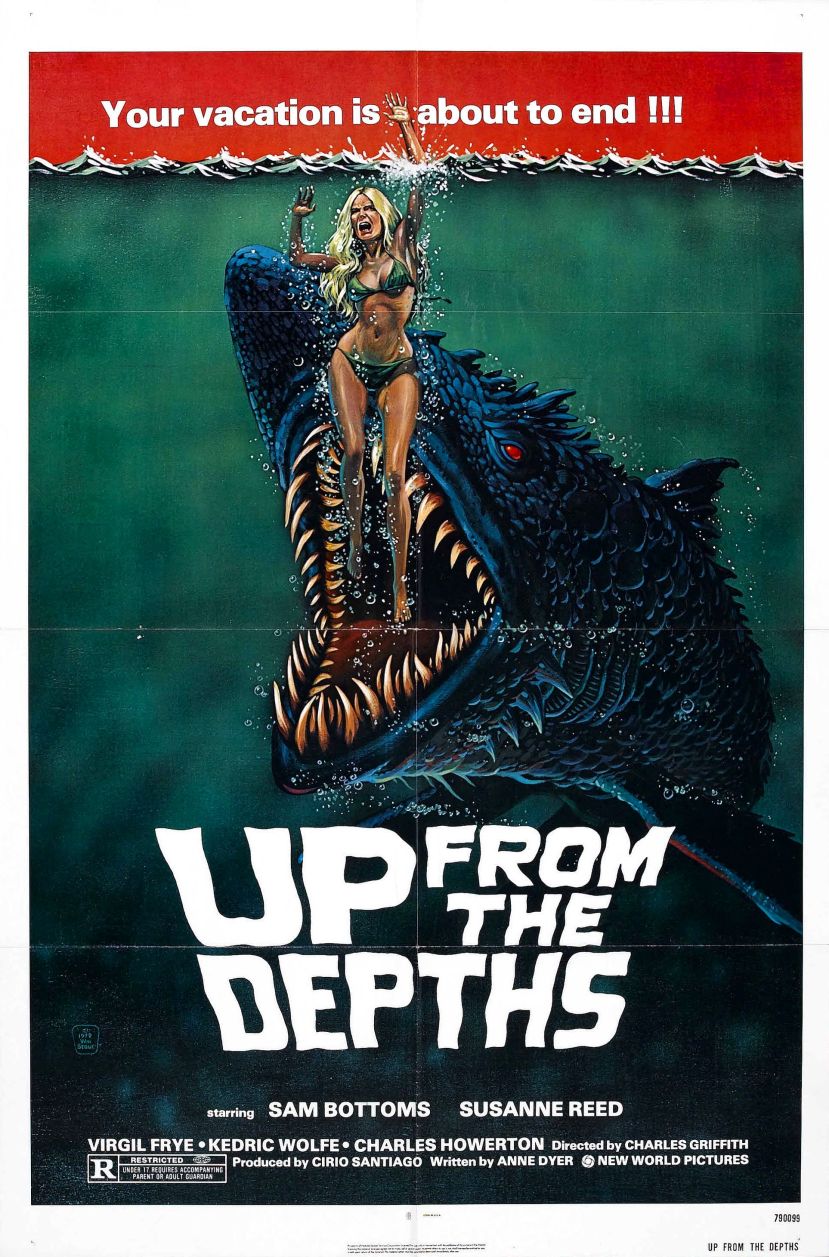 Up From the Depths is not a good film. It is about as far away from the definition of good as you can get. Yet, the film is so bad and so awful that it does manage to be good when all is said and done.

Confused? You will be if you watch this film because there are little to no redeeming features to be found within. Not the blood or guts or even the nudity.

But what is it all about you might ask? The beginning of the film finds some tremors deep in the ocean that loosens a prehistoric shark-like creature into modern-day society where it starts picking off anyone who might be foolish enough to go in the water where it resides.

It is sort of like Jaws in many respects, except there is no one present with any sense whatsoever and by the time the film reaches its end, you find yourself surprised that anyone made it out alive.

The story itself is okay, though it is similar to other films like the aforementioned Jaws or Piranha. There is also little of the suspense that you would normally associate with a giant creature sneaking up on you from the depths like those two movies.  What ultimately makes it so bad is its execution and being produced by Roger Corman’s studio, you can guess why the film was so terrible. 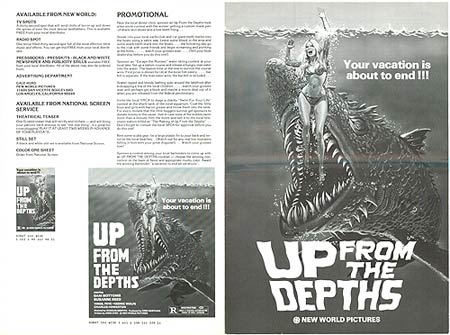 You had the sense that despite the sloppy editing, director Charles B. Griffith tried to do his best, as most directors are wont to do, he simply did not have the support behind him to do as such.

Directing and editing, while not wholly terrible, were not as atrocious as the script or the acting. If there was horror to be found in this picture, it was from said ‘actors’ and the words they were speaking. The soundtrack was far from memorable though the cinematography was kind of decent and the practical effects for the shark, not actually half-bad as it turned out. The entire film could have been improved in every respect and yet, despite it all, it had a sort of horrendous charm that kept you seated and watching.

Is it a good film? Not at all, but at the same time, it really was. 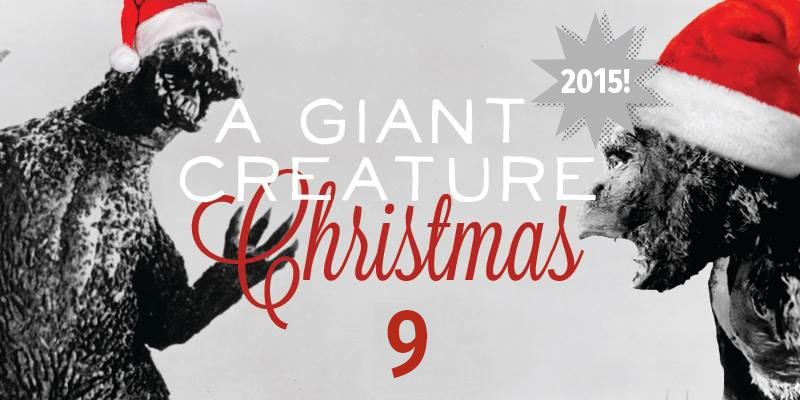