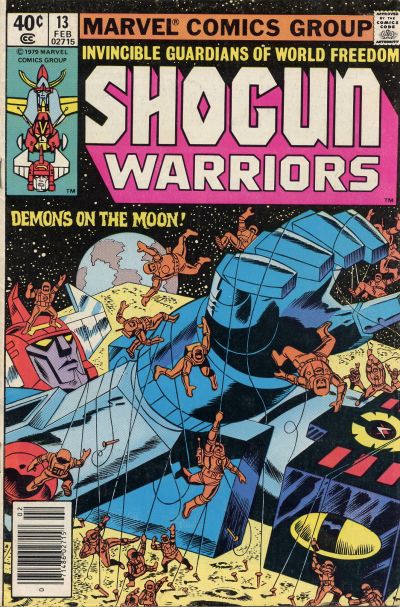 For the moment, Ilongo Savage lies helpless at the mercy of the enemy and there is nothing that he can do about it. It is not a feeling he can say that he enjoys, yet until he can manage to power up Danguard Ace, he can do nothing but lay there. After discovering a space station in the shadow of the moon’s dark side in the previous issue, Ilongo was taken down while Richard and Genji managed to escape and now, they look for him desperately in the hopes that he still lives. Doug Moench and Herb Trimpe ratchet up the tension for this story and it also reveals to the reader the identity of the mastermind behind all of the attacks of late – one Dr. Demonicus. Demonicus is obviously not a man to be trifled with and man he is, born of Earth, but a genius who turned his talents to evil and now looks to destroy his home planet once and for all. It is this plan that he reveals to Ilongo once the man is brought aboard, but like all villains who revel in self-grandeur, he talks for far too long and gives Ilongo time to reboot Danguard Ace to escape. It is not long before Trimpe and Moench ratchet up the action as with Doctor Tambura’s guidance, Combatra and Raydeen join the fray. A number of things happen at this point, the first being the team working together like they are seasoned pros. It shows how far these three have come in such a short time and while there is no doubt room for improvement still, nothing builds stronger bonds than that of battle. The amount of opposition they face is more than they have ever encountered before as Dr. Demonicus has been building his forces up for quite a long time and it is plainly evident before the Shogun Warriors have made it very far that they are in over their heads. By the end of the book, Moench and Trimpe have planned an additional surprise for the team and it is doubtful at that point if they will make it out at all. The ending of the story begs the question of just how it is the Warriors and the Followers of the Light will defeat this man, this unknown quantity? Also, how can Trimpe outdo the fantastic pencils he has on display for the next issue? Excitement abounds and it could not be any better.