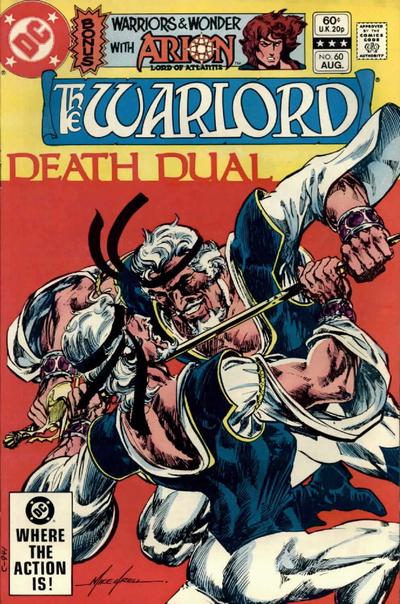 Travis Morgan is finally free and he wastes no time in taking care of his captors.  He is like a man possessed and when he meets up with his clone; Tara must make a fateful choice, one that could end up with Morgan dead.  The conclusion to the latest story arc finally arrives though it does not tie up every loose end or plot thread.  Tinder, for one, is still out and about and Morgan and Tara have no idea that there son is alive, nor does he know that he actually has a couple of parents and that he is in fact, not an orphan.  Another thread left open for Morgan to deal with later is the presence of Graemore, Tara’s childhood sweetheart.  Once Morgan gets a load of him, he is sure to be out the door as fast and as far as Morgan can throw him.  On the whole though and dangling storylines aside, Mike Grell has written yet another fun tale of our civilized barbarian.  Sadly, he steps away from pencilling duties once again and this time it is Jan Duursema who takes over, at least for this one issue.  After his time in the castle’s courts and then being a prisoner, you have to wonder if Morgan has had enough of living the good life.  It almost seems like that is the way the book will go as even before that, Morgan did not really want to give up on the adventuring.  In comparison, one is far more boring than the other, though it seems both can be just as dangerous.  Perhaps Tara will let him out of his responsibilities and perhaps not, but it is hard to picture Morgan remaining within the castle walls after all that he has gone through.  In all, a good story in an ongoing title full of them.