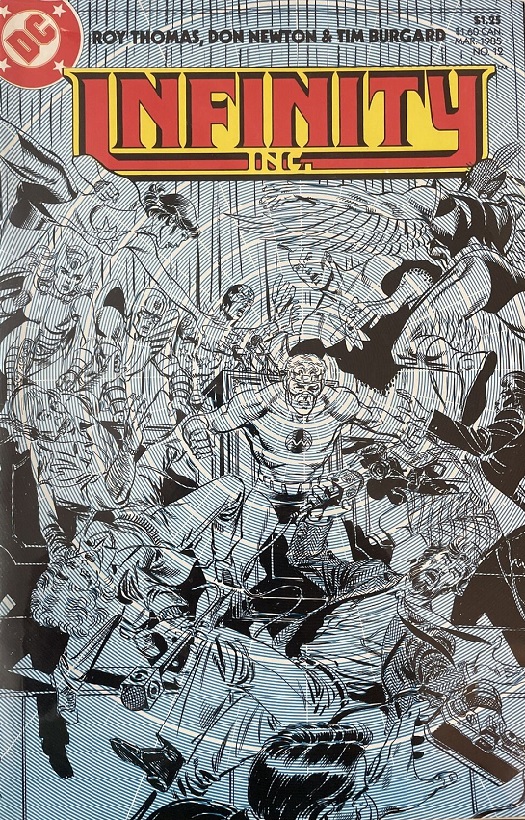 There is not an awful lot to this particular issue and it is a shame considering just how good the previous one was. Here, it is almost as if Roy Thomas needed a breather but even so, it is packed to the gills with dialogue, from the first page to the last and one does spend an awful lot of time making their way through it. To be fair, there are a couple of things that do happen that make it worthwhile, namely the revealing of the Infinitor’s secret identities at a press conference, a revelation that was supposed to hurt them in some way and yet instead, worked to their advantage in gaining a measure of the public’s trust. Another would be the appearance of the villain Harlequin, an old foe of the Justice Society and one who has not seemingly aged a day since World War II. Finally, though many would not know it at the time of this issue’s original publication, it would be the first appearance of Yolanda Montez who would take up the mantle of Wildcat after her godfather, Ted Grant. There is quite a bit of confrontation that takes place between the reporters and the team, yet it is nothing that they cannot handle no matter how annoyed they seem to get. One other thing of note that takes place is the departure of Brainwave who cannot seem to handle the criticism of his father, what with the departed villain being just that and the wounds of his passing still too fresh in his mind. The artwork is serviceable by Don Newton, Tim Burgard and company but nothing that really steps out to say ‘look at me,’ which is fine as again, not a whole lot really happened in this issue other than a lot of conversation between the various parties present. With this out of the way and the team seeming to dig into their new locale, it is hopeful that things will pick up in the next book.