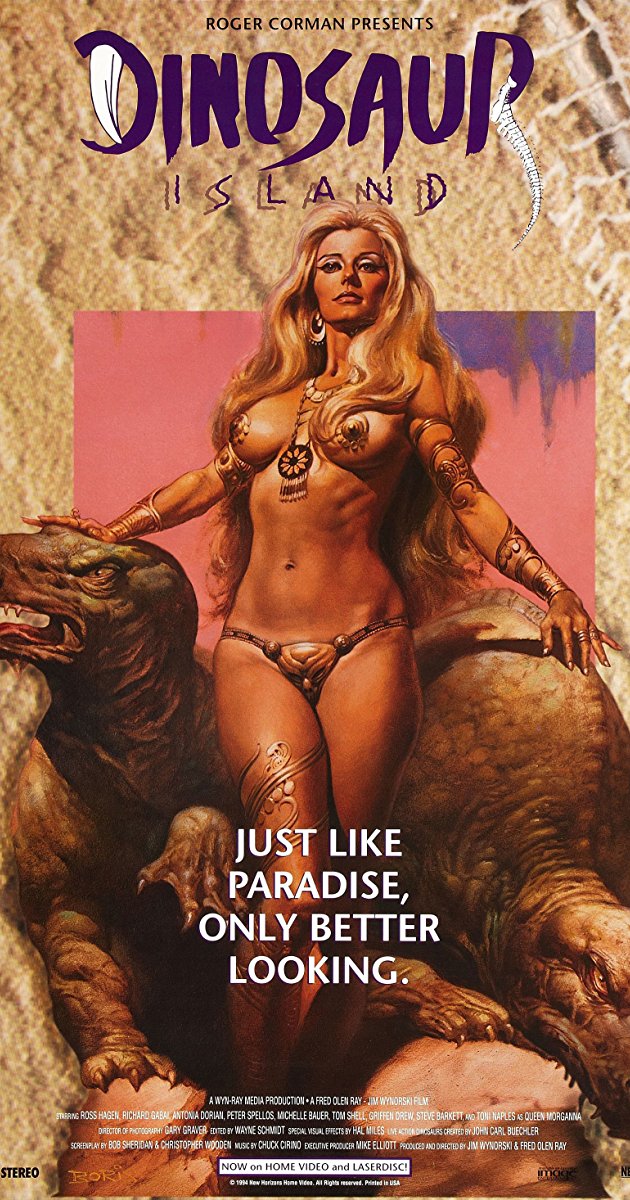 Dinosaur Island is a film that does indeed have dinosaurs, but also a ton of women who are not ashamed of their bodies and who sacrifice their peers to the top dinosaur on the island when

the need calls for it. Such as it is, it makes a person not want to get old as that means one is not long for this Earth, but thanks to the intervention of some soldiers who crash-land on the island, that may soon change. Either that, or the men will die in the trying.

Every now and then, even Roger Corman will stick his name on something that turns out to be a stinker, though the odds might be a little higher when it comes to

him in particular. That being said, the man knows what audiences want to see otherwise he would not be doing what he does no matter how many terrible films he puts out. Dinosaurs, women, nudity and violence all sound like a winning combination and it should have worked and while on one level it does, when it comes to the important things like a good script and competent actors, it completely fails. Starring Ross Hagen, Richard Gabai and Antonia Dorian among many others, it is hard not to sit and cringe with every word that is spoken – that is if the audience is watching this in the bright of day and fully alert. If watched during the wee hours of the morning where sleep is ready to overtake the viewer, this prehistoric, softcore journey might seem like a masterpiece as it does make for good late-night fare. Even the special effects cannot save this movie, though seeing the creatures as cheap-looking as they are helps to break up the monotony of those scenes where they do not appear.

Directed by Fred Olen Ray and Jim Wynorski, no strangers to films made purely out of cheese, they do a competent job of stitching everything together, but sometimes, just once in a while, it would be nice to see a good story executed well instead of an okay one brought to life poorly. There are worse films to see in the world than Dinosaur Island, but there are definitely better ones as well, even those done by Corman himself. 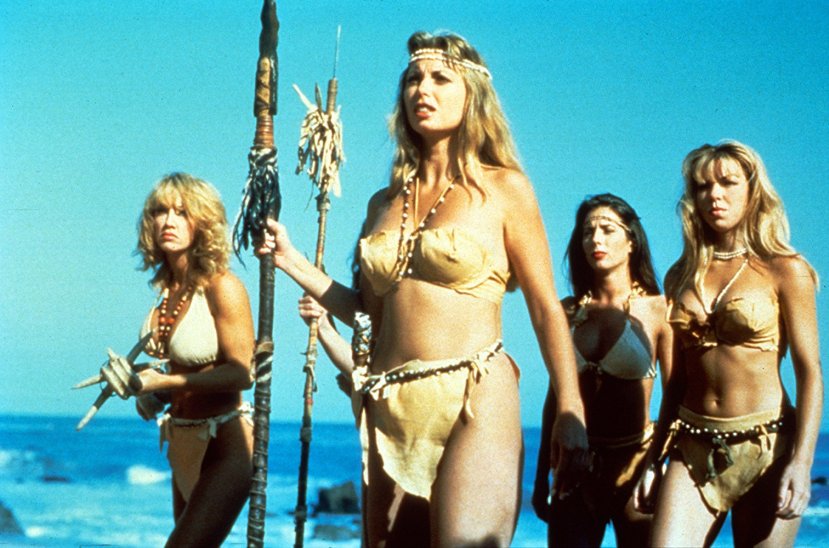