Released in March of 1980, Don’t Go in the House is a disturbing portrait of a psychologically damaged man, abused as a boy by his mother and so much so that when he grew up, he would abduct and kill women by burning them alive. It is to say the least, a polarising film and as a result, would be banned in various countries. Over thirty years later, the movie remains as powerful now as it did then, losing

none of that edge, none of that horror and while a lot of films since have pushed the envelope, the impact of Don’t Go in the House has not lessened whatsoever.

Falling into the slasher category, the movie does feature a number of killings, not all of them shown, yet all gruesome and definitely brutal. Dan Grimaldi stars as Donny Kohler, the killer in question, and when it comes down to it, there is no guessing as to the fact that he is indeed the perpetrator. Instead of keeping things a mystery, whether it be the identity of the murderer or the man’s motivations, director Joseph Ellison who also had a hand in writing the picture, puts it all out there for the audience to see. Every gory detail, all the flaws in the man’s character are there right in front of the viewer and as such, instead of having it weave its way into the minds of the audience, Ellison hammers it right in. Though Donny’s actions 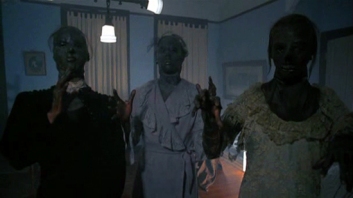 are horrific in the extreme, the abuse he suffered as a child was just as terrible and at least in part, one cannot fault him for his actions. What makes Donny slightly more tragic is the fact that he realizes there is something wrong with himself as evidenced by the fact that he goes to Father Gerritty for help. It is of course, to no avail.

Much like Alfred Hitchcock’s Psycho, the lead character of the film is haunted by his mother even after her death and also like that movie, Donny keeps her corpse around, haunted or not, unable to get rid of it. To make matters just a little bit worse, Donny also retains the burnt bodies of his victims around which he put on display, who also continue to haunt him and as the film goes on, Donny’s mental state worsens until he finally breaks and everything ends as it began.

As violent and as disconcerting as this picture might be, it is compelling nonetheless and for a horror movie, hits all the right notes. There is no redemption present, no happy ending and Don’t Go in the House is better for it. 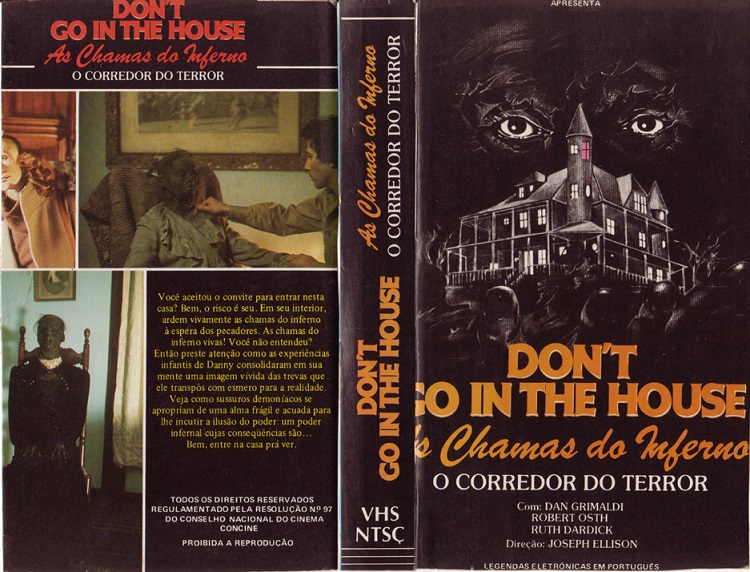