At the End of the Day… – Unity Volume 5: Homefront 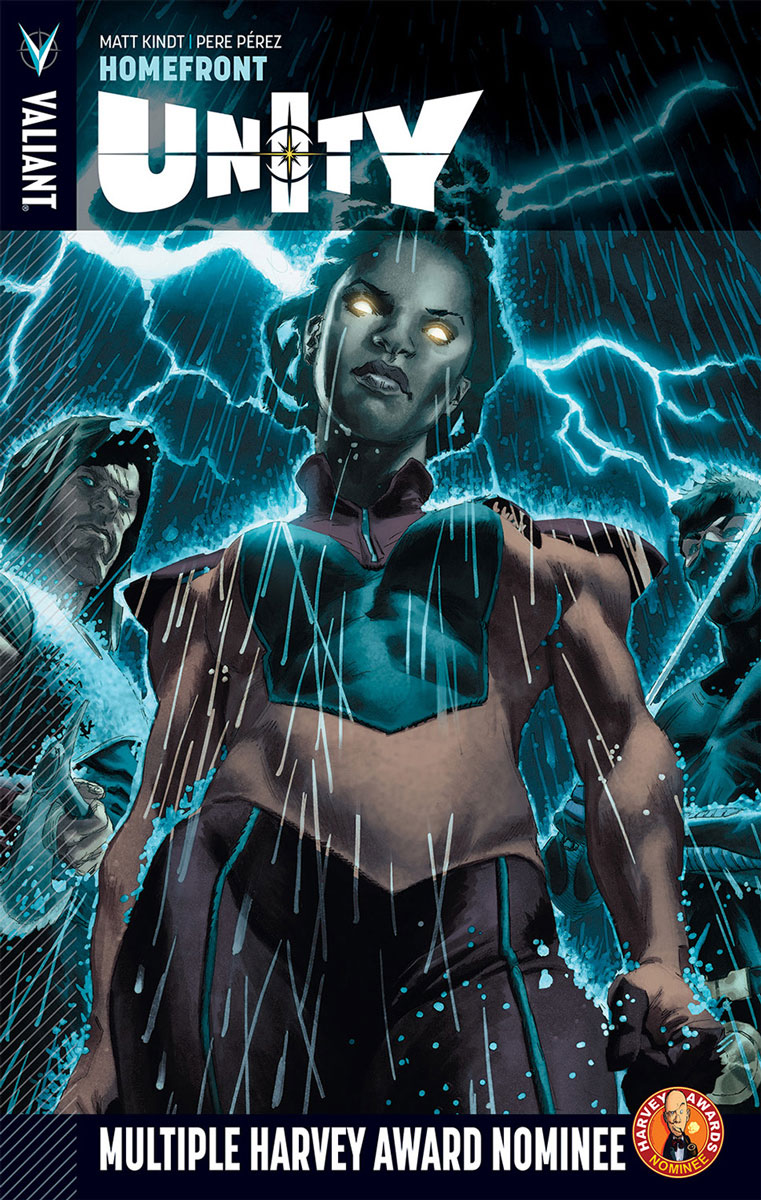 As the title implies, the book does indeed have something to do with home, specifically what our heroes do when they get there after the mission is completed. This fifth volume comprising issues fifteen through eighteen, the first three chapters each focus upon one particular hero while the fourth features all three, those being Ninjak, Livewire and Gilad, the Eternal Warrior. The book is told in a somewhat reverse chronology as the battle that our heroes have gone home from takes place in the fourth chapter. This is also a fairly unique book as most superhero titles do not show us what happens after the battle is done and they do not usually let us into the minds of our heroes, letting us know what they think and how they feel. So it is that Matt Kindt gives us a rare opportunity to catch up with the Unity team as they have a little downtime and what happens is actually slightly depressing while being a little hopeful as well. 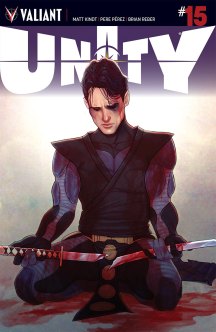 Starting with Ninjak and followed by Gilad and Livewire in that order, the story finds our heroes living for their work more than anything else. They all had personal lives at one point, to varying degrees of course, and it now becomes apparent that when they go home, they have absolutely no idea how to function anymore. They remember what it was like to have a personal life, what it was like to do things they enjoyed and wanting things that other normal people wanted. Now, it has just become something impossible for Ninjak, pointless for Gilad and a hardship for Livewire, yet out of the three, it is Livewire who wants to continue to make a go of it, not wanting the mission to be all there is. It will be hard as her powers are always on and she has come to rely upon them a lot, but she wants happiness that does not come at a price.  For the Eternal Warrior, he has been around for a long time and has lived many lives, many times and in his particular issue he reflects back upon one of those lives where he loved a woman that was not allowed to show it back. While Gilad has accepted his lot in life, battle is where he is at home and the same can be said of Ninjak who cannot do anything else that does not involve some sort of mission.

The final chapter of the story is the beginning of the tale and it sees the Unity team up against Malgam, one of the few survivors of the Armor Hunters. It is a brutal fight because Malgam is tired of being locked up and tested upon, yet he cannot remain free upon the Earth, especially if he is unbalanced. Thankfully the fourth member of the team and former Armor Hunter GIN-GR is there to talk him down, but not before the team takes more than a few knocks.

At the end of it all, Homefront was a very revealing story that showed a little of the psychological aftereffects that long-term battle does to people both singly and as a group. Personally, each member has been affected in different ways and together, the group has grown closer to each other to the point where they would lay down their lives for each member. Kindt has really done an excellent job getting into the heads of our heroes and he, along with Pepe Perez on art, continue to make this one of the best team books being published. It does leave us with at least one question when the story ends and that being what the future of Malgam might hold and will he ultimately turn out to be friend or foe? 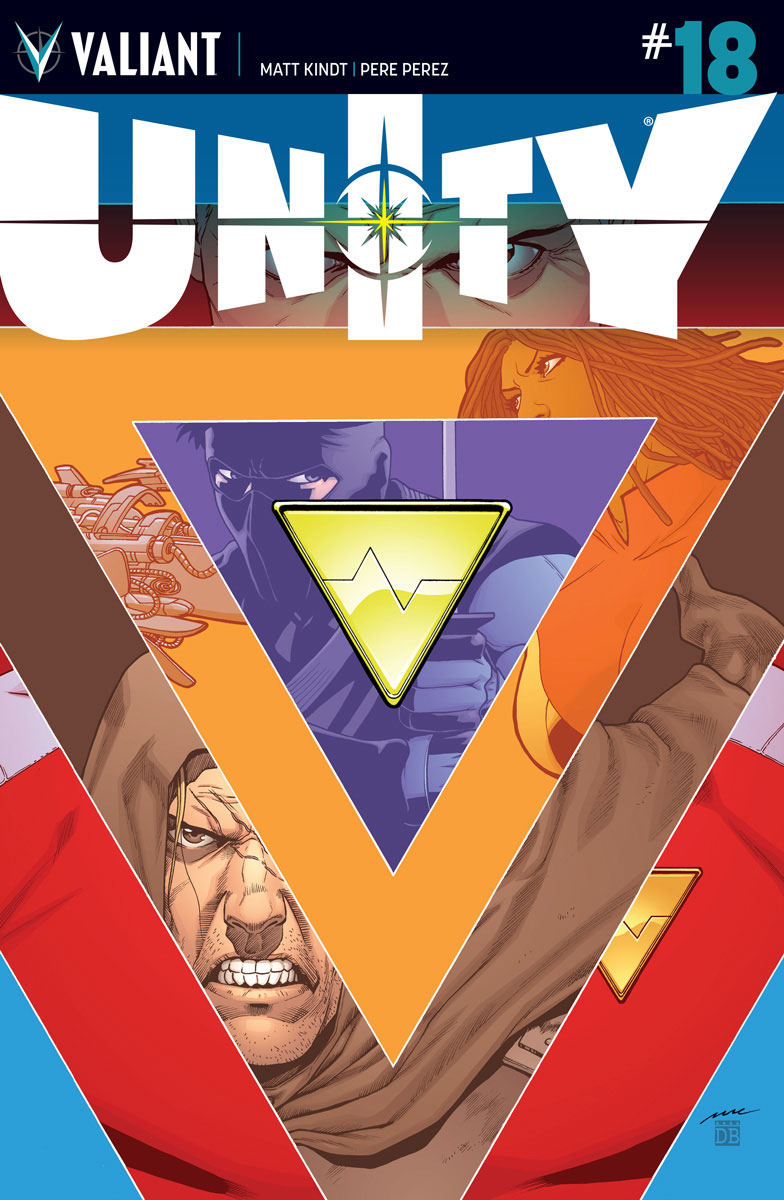