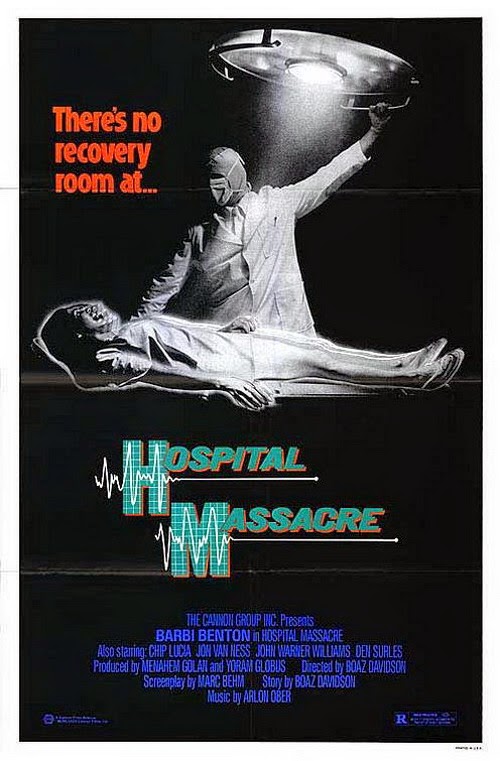 Hospitals are scary things. They always have been and they always will be. Sure they can heal you when you feel sick and fix you when you are broken, but they can also take your life away in a number of ways and there is always that fear that once you enter, you may never come out. Hospital Massacre plays upon that fear, among others, and it does so in quite a bloody way. With a title that features the word massacre in it, you have to expect just a little bit of blood to be present. Also, as with most massacre movies and horror film in general, there is your token crazy murderer and the one present in this film is quite the insane fellow.

Our killer’s name is Harold and it seems that when young Harold was just a boy he suffered a Valentine’s Day heartbreak that never really left him. Now grown up, he aims to take it out on the girl who laughed at him and anyone else who happens to get in his way. Luckily for him, and unluckily for her, a hospital just so happens to make the perfect hunting ground and Susan is going to be sorry she ever spurned young Harold on that fateful day.

Playing Susan is the beautiful Barbi Benton. Of course, being in a hospital and all, there are the obligatory nude scenes and to make it a just a little creepy is the good Dr. Saxon played by John Warner Williams. Those moments where he has to give her a full body examination are probably more uncomfortable than any other scene in the entire movie no matter how bloody it got as the trust between doctor and patient got really close to crossing the line. Stabbings, knifings and so on were fine, but the physical examination was more than a little disturbing. To her credit, Benton does a great job of showing more than a little hesitation at doing the exam, and it is one of the only times in the entire film where she can show that she has a little modicum of talent. The rest of the film is a fairly standard slasher and not much acting is really required of anyone and thus, they do not tend to really show any.

That being said, for a horror that is fairly short on originality, the production was a little higher than your average early 80’s slasher and in all, it was quite entertaining. The hospital and its staff were quite strange, especially when Susan is asking early on and then yelling later for anyone to give her some help and everyone either just ignores her or tries to restrain her. More than likely, without actually knowing it, that fact actually added quite a bit of authenticity to the film as like most hospitals, it is like pulling teeth to get anyone to help you or listen to you. The film could have had a better script, a bigger budget and better actors, but at the end of the day, Hospital Massacre delivers exactly what you would expect from a film like this and in that respect, it never disappoints. 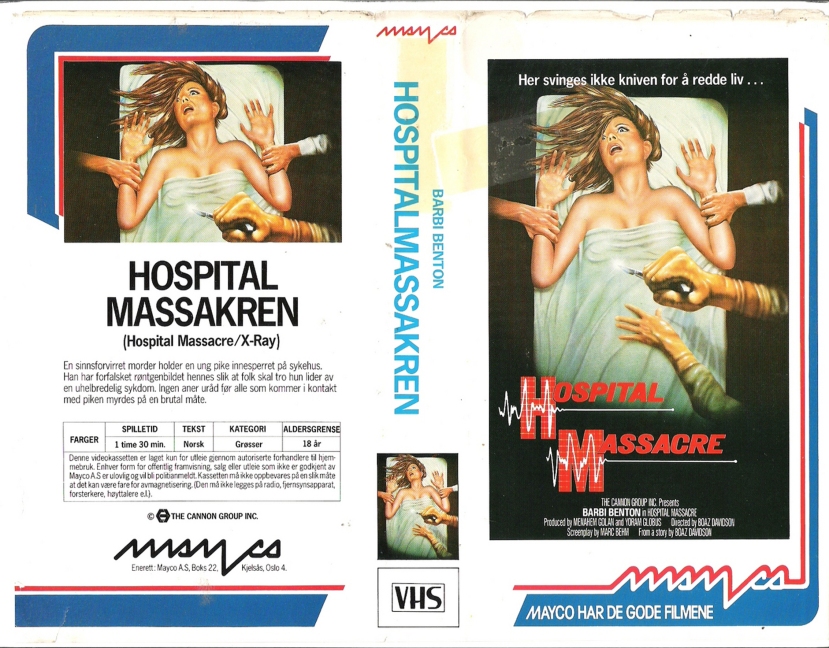