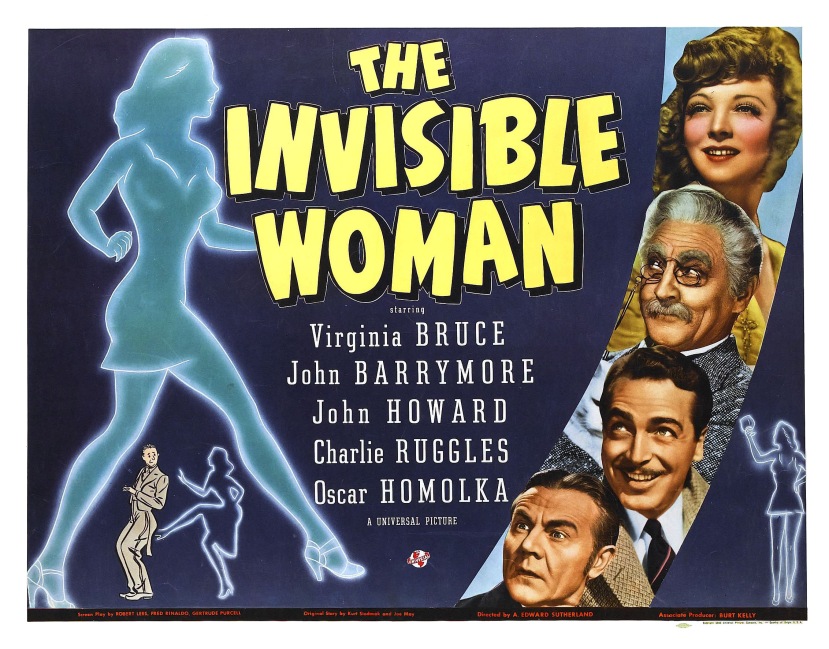 Where the first two films in the Invisible Man franchise concentrated on horror, there was absolutely none present in this film.  The Invisible Woman, which you would expect to be a horror film is actually a comedy and while the humour is a little dated, it now being seventy-five years later, it still works and you will find yourself chuckling during the movie as you watch it.  Why the producers and Universal thought to go in this direction is a little strange, but if they were looking to shake things up a bit, then they succeeded in that endeavor as this film is absolutely nothing like the previous two except for the fact that someone does indeed become invisible. 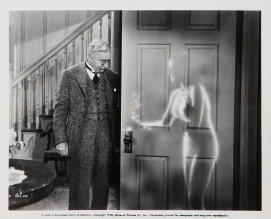 That person is Virginia Bruce who plays Kitty Carol, a woman who is a model and is tired of the monotony of her life.  Go to work, come home, and repeat.  It is all she does and the fact that her boss is a mean and petty man does not make things any better.  So one day, when she sees an ad in the paper stating that a doctor is in need of a test subject to turn invisible, Kitty jumps at the chance for a little excitement in her life.  What follows is a little revenge, a little slapstick and for added measure a few mobsters looking for a little invisible advantage for their business.

Directed by A. Edward Sutherland, this film is about as far away as you can get from H.G. Wells’ story about a scientist who goes mad after testing his own formula.  Kitty never goes mad in the film and there are no side-effects to the invisibility except for the comedy that takes place.  Bruce is quite good as the lead of the film and she has a natural talent for the funny and while she does a great job of it, she is even better when she is in scene with somebody else, especially the venerable John Barrymore.  Barrymore is even funnier than Bruce, playing the befuddled old scientist who seems like he may have lost his wits but who may in fact be smarter than any of the rest of them.  The film also stars John Howard, Charles Ruggles, Oskar Homolka, Donald MacBride, Edward Brophy and comedy genius, Shemp Howard.  Any movie is always better a little better with Shemp Howard.

So while you might expect a good dose of horror with this one, you will be disappointed to find that there is none to be found anywhere.  There might be a joke that goes wrong, but it definitely will not have you looking over your shoulder.  For a comedy film it is not the funniest film you will ever see, but there are laughs to be had and out of the three Invisible Man films thus far, it is the weakest of the bunch but overall, it is still quite enjoyable.