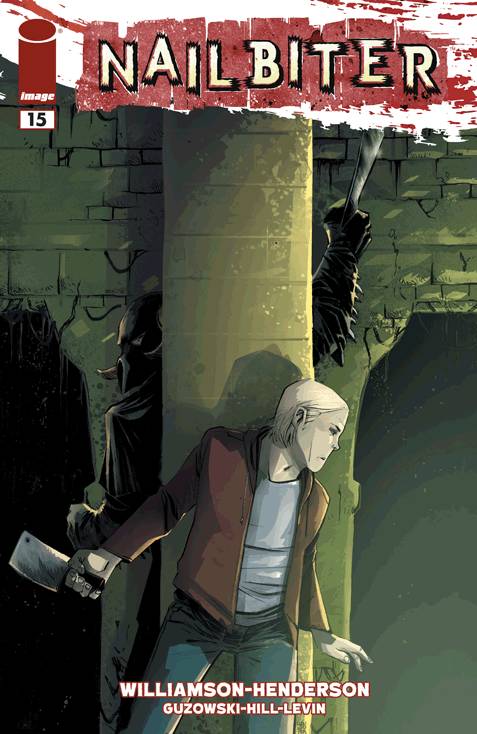 The excitement continues as our heroes, and Edward, play a game of cat and mouse with a killer underneath the serial killer graveyard. Joshua Williamson, Mike Henderson and Mike Guzowski up the tension and the suspense more than any other issue as Crane and Finch find more than they bargained for. Where they thought they were just going to get a few answers, even Edward is surprised at the outcome of their little expedition. What is nice about this particular issue is that while it might have opened up another whole can of worms, it did at least answer some questions, sort of anyways. We do sort of find out who this giant of a killer is. Sort of. We discover what role Edward Charles Warren has in all of this. Sort of. We also are shown just what the relationship between Crane and Alice is, not that we were really asking. Aside from those questions and more, there is a lot going on in the book and frankly, it is one of the better issues in the series to come along in a while. Overall, the book has been quite fantastic with a premise most would kick themselves for not having thought of it and it is incredibly intriguing as well. Thanks to Williamson and company, we now get to read about it every month and it has been a joy to say the least. With this story arc over now though, you have to wonder what is going to happen next? What will happen to Crane, to Finch, to Alice and to Edward? There is a big question mark hanging over all of their heads and it does not seem like things will end up being a picnic for any of them. What is even crazier is the cliff-hanger that the book is left on because with that one final page, it has the possibility of turning everything on its head or at the very least, another wave of killings. As far as crime books go, this one ranks right up there with anything that has ever been published because it engages you at every level and you enjoy the hell out of it as well. A great issue amongst a series full of them. 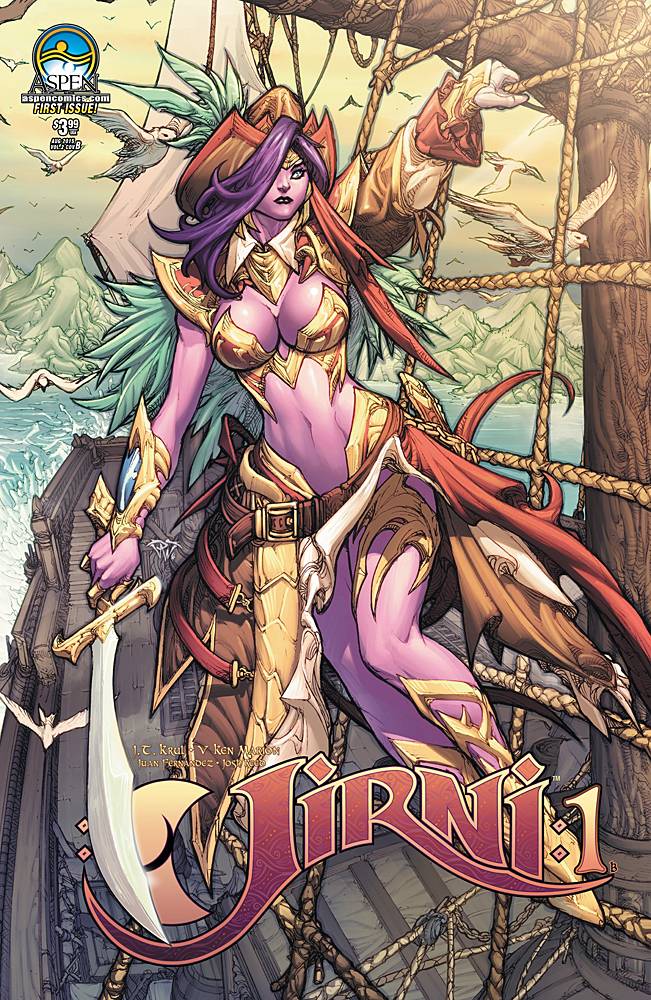 The first series of Jirni was a fun romp through high fantasy with all sorts of creatures and wonders and this book continues that courtesy of creator J.T. Krul and new penciller V Ken Marion whose work is simply exquisite. The closest thing you could compare it to would be a slightly less detailed Jim Lee and for that fact, it gives the book a cleaner and more refreshing look. The story sees our heroine on the high seas, a temporary stop on her travels and if finds her amongst the company of pirates as well. It is a simple enough story and nothing really exceptional happens, but it is told quite well and you never find yourself bored by it. The great thing is much like any Conan or Warlord story, the charm of it all is in that simplicity. There is nothing quite like a good, old-fashioned sword and sorcery tale and this is one of those cases. Krul does a good job of introducing Jirni to new readers, with Ara taking center stage. She seems more experienced at this point in time, having put the past behind her and the future solidly in front. The pirates are an interesting bunch as is the situation Ara finds herself in. What is really great to see is just how inventive Krul is with this story by creating new races and monsters and such instead of just going to the same old well that everyone does. The book, while fantastical in nature does contain just a touch of horror and it makes it all the better for it. As far as first issues go, this one has it all and is one of the best books to come from Aspen this year so far. Jirni is a book that is definitely not to be missed.