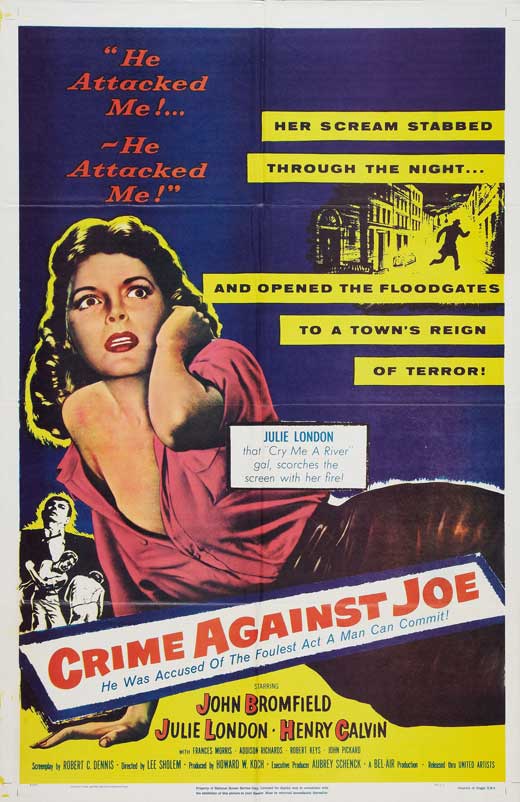 Joe is an unassuming young man, a painter by day and a drinker by night. After the war, Joe was a little lost, but he soon found himself and now the man enjoys what life has to offer including all the fine spirits the local bars might carry as well as the company of a young lady when the occasion permits itself. After one particularly hard night of drinking, Joe finds himself the subject of a murder investigation. What follows is a little astonishment on Joe’s part as he knows that he did not kill those young ladies, but without his alibi holding up, he is going to have to find the real killer before the point of no return.

Crime against Joe is a decent little mystery-thriller, but if you never manage to see it, you will never miss it. For a B picture it does what it can and actually turns out to be fairly captivating as Joe tries to find out who framed him. There is a little suspense, though not as much as you would expect due to the almost lackadaisical pace set within the film and there is also no tension to be found yet you still want to find out who killed the young women just as much as Joe does. 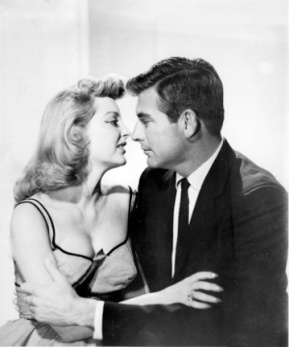 John Bromfield is good in the role of Joe, almost like a poor man’s James Dean and he manages to as best a job as he can, but it almost feels like he is not quite ready to be a leading man. If he were a supporting character you would most likely forget about him immediately though and perhaps that is all down to screen presence, but it just seemed like that in this picture, the man was just not ready to lead a film at this point in time. The only person that some might recognize would be famous songstress Julie London who plays a girl named Slacks who is in love with Joe and tries to help out our hero whenever possible. London also does as good a job as she can but the script and story could have been a lot stronger to give our players just a little more to work with.

While you will find yourself entertained while watching this film and never really bored by it, it is nothing spectacular or even memorable. It is a middle of the road picture with a somewhat interesting mystery and though it was decently acted, a little more meat on the bones would have made it all the much better. Good but not great and worth a watch at least once, but not worth actively seeking out.