Dr. Doom has enlisted his own select team of Avengers to defeat Ultron in a future time because it means the end of humanity should Ultron dominate all there is. But with all things, one should not trust Dr. Doom in anything and this team of Avengers soon come to learn that. The second chapter of Ultron Forever is a bit more exciting than the first as we see the current female Thor and the Walt Simonson-era Thor with the brittle bones take on not only the future Thor where they find themselves, but also the All-Father, Ultron. The battle seems hopeless for who can survive against an Ultron that also has the power of an Asgardian god, and not just any god but the All-Father himself? The rest of the Avengers including Vision, Black Widow, an early version of the Hulk, the James Rhodes version of Iron Man and a future version of Captain America continue to do battle against Ultron’s hordes while the Thors do their best. After the fight, when all is said and done, Doom recalls the team after Ultron’s defeat and being who they are, the Avengers discover Doom’s duplicities. This book is all right, feeling both current with Ewing’s writing and retro at the same time with the inclusion of some older versions of characters we all know and love as well as having Alan Davis on board as the artist of the series. There are some really great moments, specifically with the various Thor’s more than anyone else except perhaps the Vision, with the rest of the team being a little forgettable. What Doom is up to is fairly apparent to anyone who has ever read a Marvel comic book and it should be fun to see just how these Avengers plan to stop him in the final issue. 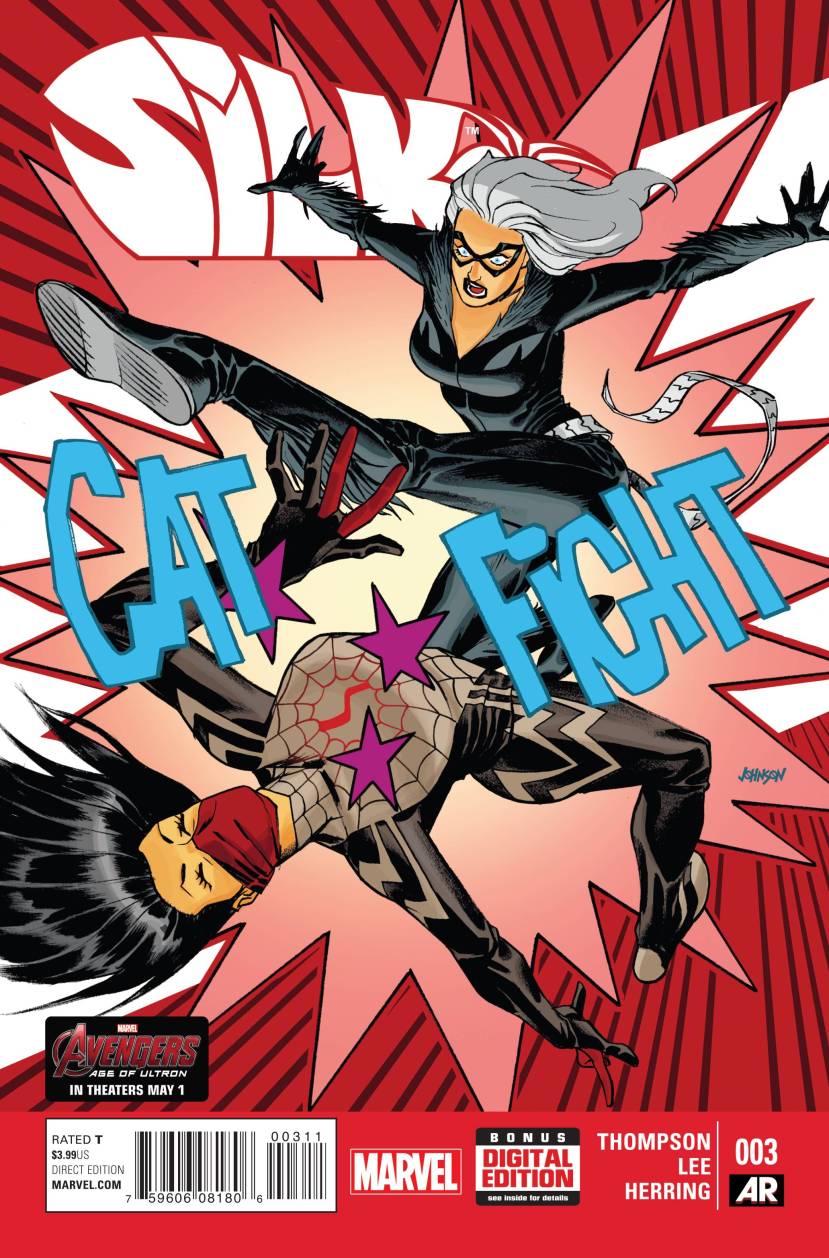 Silk is having a bad day, which has been pretty status quo as of late and it finds her battling a guy in a dragon suit named Rage. Lame does not even describe how terrible a villain he is and when the fight is all over, Silk and Rage have a little chat about why he does what he does and she finds out it is only because of his family. Robbie Thompson and Stacey Lee have been making this title one of the best books to come out of Marvel recently and it is a whole lot of fun to read each and every month. Silk is still getting used to the whole hero thing and it is enjoyable to see her go through the same growing pains that Spidey did when he was young. It is that more than anything else that really makes this book relatable to the reader, not only because we have seen Spidey go through this before and it brings back the fond memories of those stories, but because everyone can empathize with what she is going through as everyone has done the same thing. Well, maybe not the exact same thing. We also get to see the Black Cat in action against Silk as the former thinks the latter is starting to be bad for business, which might be true but as Silk sees it; she is just trying to do right. There are some flashbacks with Ezekiel and we learn a little more of her backstory which is always good to see and of which we could use a whole lot more of, and while there is nothing about the search for her parents, which really does not have to be in every book but as it is a big part of what she wants to get back it should at least be touched upon a wee bit in every issue, it was still pretty good as a whole. As it is, the third issue of Silk is a good one much like the previous two and it makes you want to read the fourth much sooner rather than later.