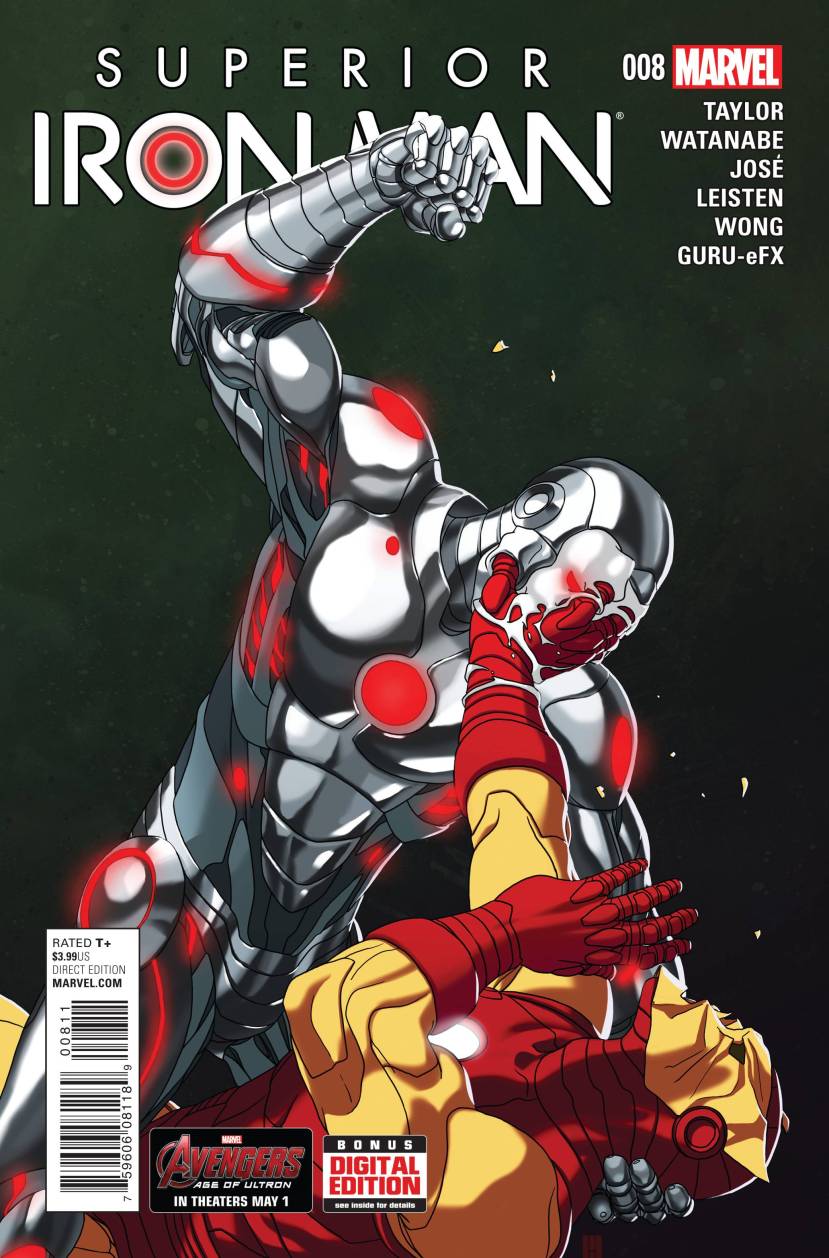 It all comes down to Iron Man versus Iron Man as it usually does in an Iron Man book, yet Tom Taylor and Felipe Watanabe manage to make it quite enjoyable despite the sameness to past stories.  New and current Tony has not really been himself lately, as his personality had been inverted as chronicled during the AXIS event and people, specifically Pepper, are concerned.  To that end she has enlisted the help of Memory-Bank Tony, a version of his consciousness that was backed up long ago in case something bad ever happened, kind of like this exact situation.  The problem with sentient beings though is exactly that, they are alive and have a mind of their own.  As such Memory-Bank Tony is going off-book from what he and Pepper had planned and now has his own agenda.  Where originally they were just going to try and fix New Tony so he was more like Old Tony, something went askew and now Memory-Bank Tony wants to simply wipe New Tony’s mind and replace it with his own.  The great thing about Tony Stark is that he always has a plan, always has a contingency and if not, he has already come up with one as soon as he realizes that he needs one.  What Tony does dream up to protect himself from Memory-Bank Tony in this issue is ingenious yet completely cowardly and it perfectly suits his personality.  The best thing about this issue, as well as the last couple is seeing Pepper make a return to the book as she has really gone through a complete transformation from being an average supporting character to a strong and powerful female hero in her own right over the past decade.  With great writing, great artwork, an exciting ending and a teaser that will get you anticipating the next book, Iron Man has been doing everything right lately. 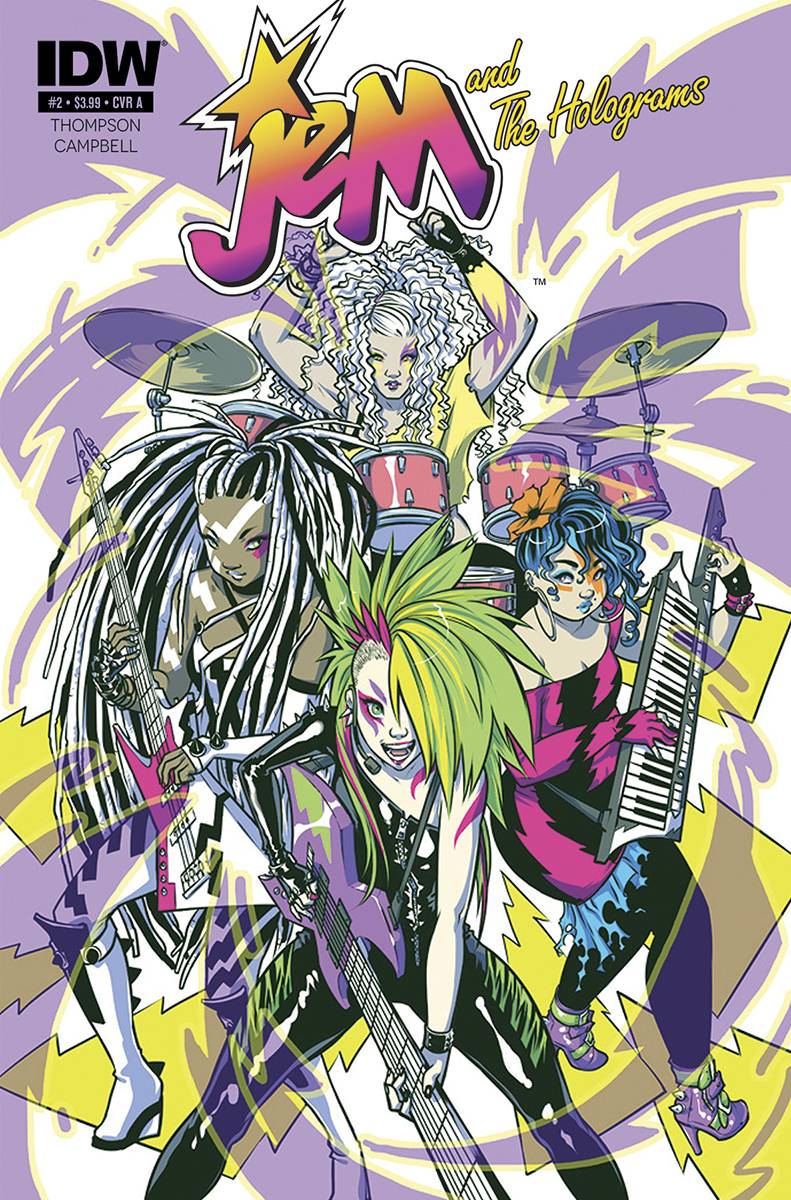 Jem and the Holograms #2

Erica and her sisters have submitted their video to the ‘Misfits Vs.’ competition and much to the dismay of Pizzazz, it is doing really well.  Too well in fact because she now sees Jem and the Holograms as a real competitor and it not only makes her angry that so many people like it, she feels a little threatened.  On the flip side, Erica and the band are happier than ever and believe that they now have a chance at making it to the big time to do what they love.  Kelly Thompson and Sophie Campbell have done an excellent job on making this book fun and accessible for readers of all ages and it is one of the most enjoyable books being released right now.  The story is very light-hearted and an incredibly easy read.  There is no wasted dialogue and the situations are like that which you originally saw in the animated series all those years ago.  It is good to see the Misfits get introduced early into the series as you cannot have your heroes or heroines in this instance, without their polar opposites.  It is also nice to see that not only has Thompson been true to the characters personalities, she has done so with the newly returned Misfits as well.  Pizzazz is as forceful as ever and Stormer is still the nice guy of the team, always showing just a bit of sympathy for their rivals.  There is some great moments where Erica is just Erica and not Jem and the book even leaves off on a cliff-hanger that promises a few fireworks to come next issue.  All in all, if you were ever a fan of the show, or someone that just wants to read a solid, well-done book, then you cannot go wrong with IDW’s new Jem and the Hologram’s title.