Mind Capsules – Guardians of the Galaxy #20 and Batman Eternal #30

Guardians of the Galaxy #20

With this issue, the final fate of Richard Ryder is finally revealed.  It might have taken years to get to this point, and it is hard to understand why Marvel waited so long to do so, but it is nice to finally get some closure from Brian Michael Bendis.  It is an emotional tale, more so than anything we have seen from Bendis in quite a while and it turns out to be a very engaging read.  Gamora is still angry at Star-Lord and Drax for not telling her the truth for so long, and it has to do with more than just the return of her father.  She is angry for the simple fact that her teammates never trusted her enough to tell her the truth, but according to Peter, he was between a rock and a hard place.  So it is either tell Gamora the truth and break his word to Nova, or keep it from her, hurting her and risk her leaving but preserving the last wishes of his friend.  The story is quite touching and it was nice to see Richard Ryder go out in a blaze of glory, though it would be surprising to see if he does not make a return at some point as he has the power of the Nova Corps and the Cosmic Cube coursing through his body.  There was an interesting little moment towards the end of the story that sees Peter and Thanos back within the regular universe and a momentary look between the two that promised there would be a reckoning at some future point, though so far, that has yet to take place.  Some strong stuff from Bendis and company and overall, one of the best story-arcs on the current title so far. 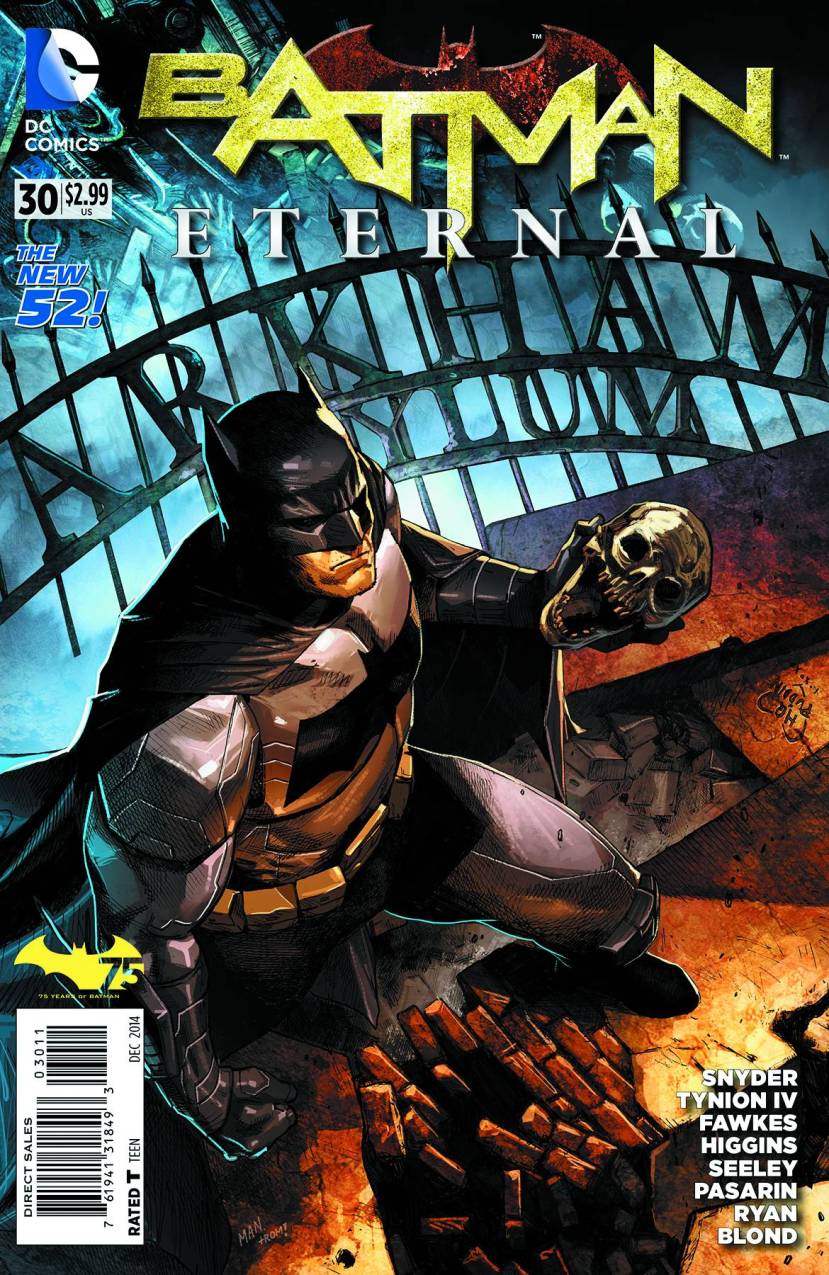 The conjuring at Arkham Asylum continues, though only for a short while as the Spectre is finally unleashed.  But when the spell is interrupted, tragedy befalls Arkham, as it collapses in upon itself killing dozens, possibly hundreds of people.  We finally reach what is the culmination of the Arkham storyline that was seeded many issues ago, with a bang in more ways than one.  Though it was foretold through media and the previously released Arkham Manor title, seeing the actual destruction of the Asylum is quite a sight.  Also in this issue, the Spectre gets a costume redesign which is strange and unneeded as there was nothing wrong with the original.  If it was simply change for change’s sake, the writers and DC have been doing enough of that as it is.  Julia Pennyworth is coming into her own as a valued member of Team Batman and while she is doing fine, Batwing is not as he is stuck underneath the rubble of the former Asylum.  The reason for Joker’s Daughter hanging around the place is still a little unclear, as she has not really done a lot of note except to act as crazy as she is, though she does mention her father in this issue and is sure to be made apparent as the book ends on a cliff-hanger and she being the primary subject of it.  A pretty good issue this week that finds some big things happening in the Batman’s little corner of the DCU.