A Family That’s Mad Together, Stays Together – Paranoiac (1963) 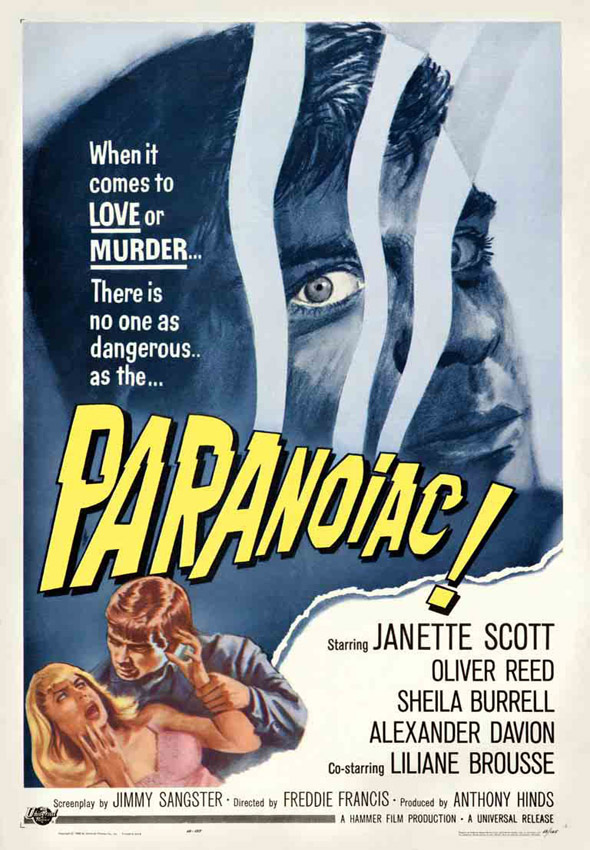 Once in awhile, Hammer goes along and releases a small little gem of a film amongst all of their big monster movies, this time being Paranoiac starring Oliver Reed.  It is a smooth little horror and psychological suspense-thriller combination that tells a tale of an unassuming family, one plagued by shadows of the past.  It is when those shadows come calling that the secrets the family has held finally start to come to light with some shocking revelations and an ending that has to be seen to be believed.  With films like this, the studio showed that it could produce not only great horror films but movies done on a budget and without creatures of the fantastic populating them.  It is in these moments that Hammer shines, more so than at any other time.  It is a shame too, that these types of films usually fly under the radar when one thinks of the studio, but when discovered, they provide a form of entertainment not usually found in their more mainstream outings.

Freddie Francis directs this tale of woe that finds the Ashby family puttering along in life after the deaths of not only the mother and father but also the suicide of the eldest son, Tony.  All that remains is the aunt, the remaining son Simon and daughter Eleanor.  Soon Eleanor has visions of her dead brother, but when they turn out to be more than visions, and he actually appears one day to save her, it turns everything on its head with the family not knowing how to react.  Eleanor believes him to be who he is, but the other two do not as they know the truth of what happened that fateful day, so long ago.  What happens will tear the family apart, which in the end, might be for the best.

At first, this movie seems like it will go one way until it suddenly heads in a different direction.  The film will then do that another couple of times, keeping the viewer guessing as to just what is going to happen, giving it an air of mystery and a growing feeling of dread.  Written by Josephine Tey and Jimmy Sangster, they keep you on the edge of your seat as you watch this broken family try to come together around the impossible, yet knowing that it will never truly happen.  The Ashby’s are a damaged lot, hurt by the losses they have been hit with, and more than likely, only staying together out of habit and for the inheritance that is to come their way.  That is why, when Tony steps back into their lives, it seems like the most perfect of timings as that inheritance is about to come through. 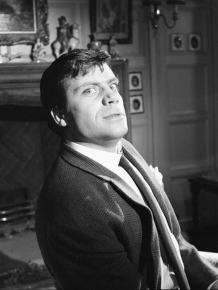 The main attraction here is Oliver Reed, who even on his best day looks a little like a madman.  Thus it is that you can pretty much guess that Reed is going to play the villain of the film, though just what shape he was to take as said villain was not even remotely seen coming.  He is a scary man, but only in his unpredictability and it is not until later in the film that you realize that there is something deeply wrong with the man.  Reed gives Simon a brashness and an air of maliciousness about him, and he is a man that drinks all of the time to quell whatever demons choose to reside within him.  Those demons start to boil over when Tony comes back and Simon starts to lose it a little more with every passing moment.  Reed played a convincing drunk, perhaps foreshadowing what was to come later in life, and you never thought for a moment he was anything otherwise.  The most riveting scene of the film is towards the end when Reed snaps and he is seen heading downstairs in full-blown madness, his mind snapped, to rescue his brother.  One thing you can always count on is a powerful bit of acting from Oliver Reed no matter what film he appears in.

This tale of family horror brought about by tragedy was made complete by Janette Scott as the sister, Eleanor and Sheila Burrell who would play Aunt Harriet.  Both would also have a madness all their own, though manifested in different ways.  Everything would tie back to brother Tony and to some extremely chilling scenes in the family chapel where every member of the clan would be drawn in one way or another.  The film looks glorious in black and white with some great photography by Arthur Grant who really outdoes himself in making the movie as eerie and moody as it is.  To say there is a lot of tension in the picture is an understatement.  From the moment Tony, played by Alexander Davion, walks into the picture, the suspense builds throughout the film, affecting every character until it boils over and taking the viewer along with it.  When a movie can draw you in as much as Paranoiac does, it is the mark of a truly good film. 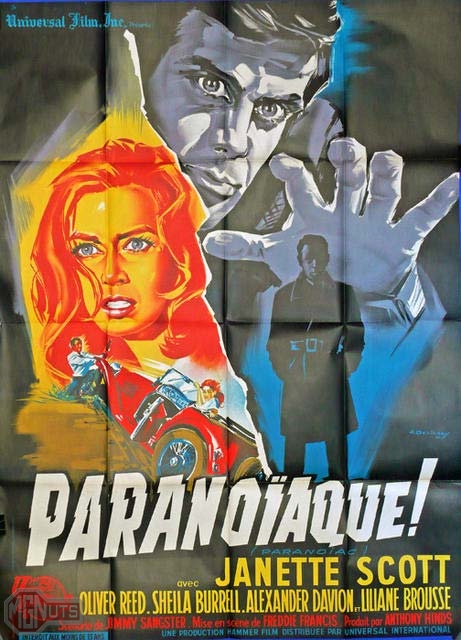