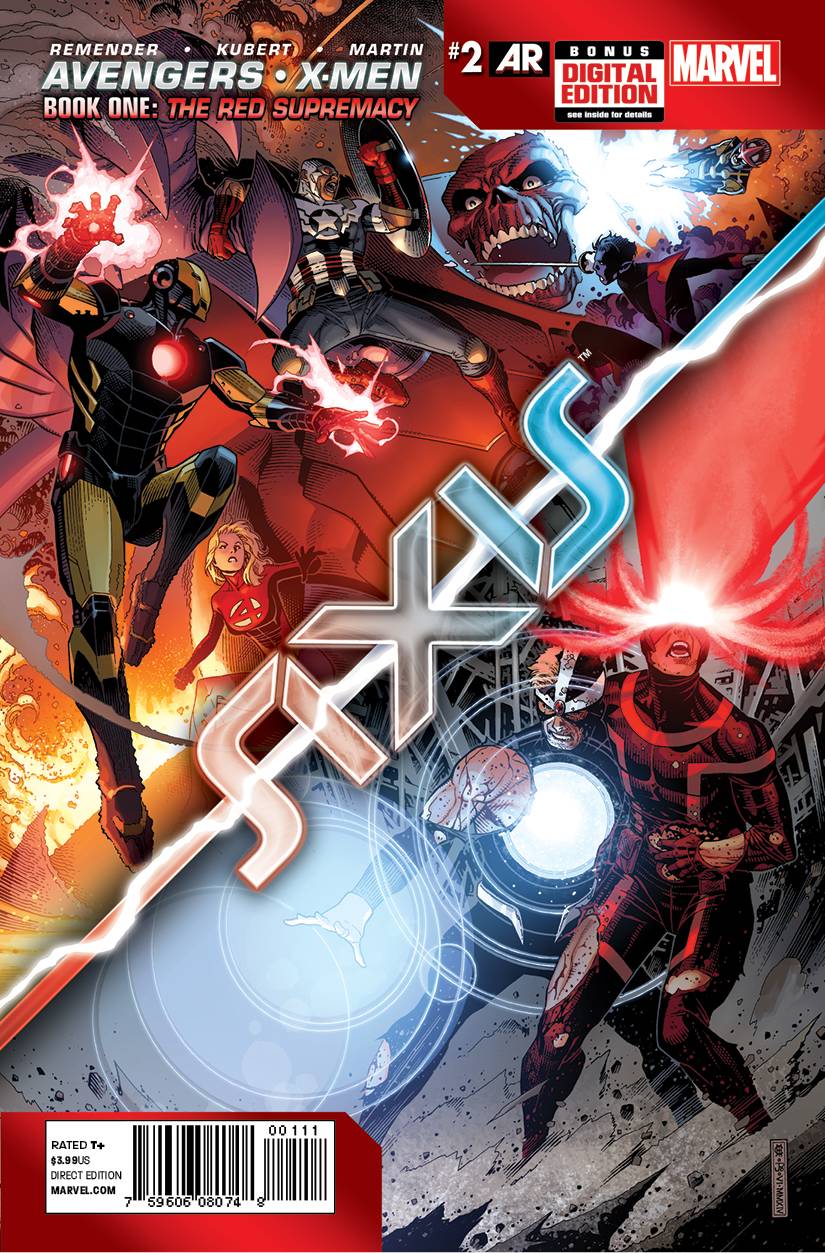 The Red Skull pretty much has everything in the bag.  The Avengers try their best, but their best is just not good enough.  One by one, they are defeated by the Red Skull’s new Sentinels, the ones devised by Tony Stark’s long forgotten plans and it looks as if nothing will stop them until a new team shows up on the last page of the book.  Remender does a great job disassembling our heroes, one after the other, tearing the team apart both physically and emotionally.  They realize what they must do and that they cannot count on anyone but themselves, but the team has finally found a threat that might be just too big for them.  There are some great moments between our characters, Magneto and Iron Man for one, two people that have never really crossed paths overly much in their respective histories.  It was also good to see Cyclops and the X-Men that are present, forget their immediate problems with each other and remember their shared pasts so that they might fight together for possibly the last time.  Adam Kubert provides some really fantastic artwork for the issue, making the Red Onslaught look extremely imposing and monstrous with his tentacles and his size in comparison to everyone else.  The only negative that can be found, if negative it is, is the use of the Sentinels.  They simply seem overused at this point in time and should be given a break to focus on other threats, something new even.  Other than that, the book was quite entertaining and the cliff-hanger was awesome.

Batgirl is out of control and it takes Red Hood to reel her in before she makes a mistake she cannot take back.  On another front, the storyline involving Jade, Killer Croc, Catwoman and the Lion finally comes to a shocking conclusion with the start of a new status quo for Catwoman.  This issue had it all, suspense, tension, mystery, drama, a little humour and some action to round it off in an exceptional chapter of the ongoing weekly that is Batman Eternal.  Killer Croc, Catwoman and Batgirl had it worse off more than anyone, the first two with the loss of a friend and Batgirl with a near loss of self.  The writers have been doing a great job of creating some tight storylines of late, with a great team of rotating artists including this issue with Meghan Hetrick coming on board.  Both stories featured in this book were quite good, with Batgirl and Red Hood possibly coming a little closer together because of what she almost does and Catwoman finding a definite purpose and direction that will be quite interesting going forward.  This is definitely DC’s best weekly running at the moment.