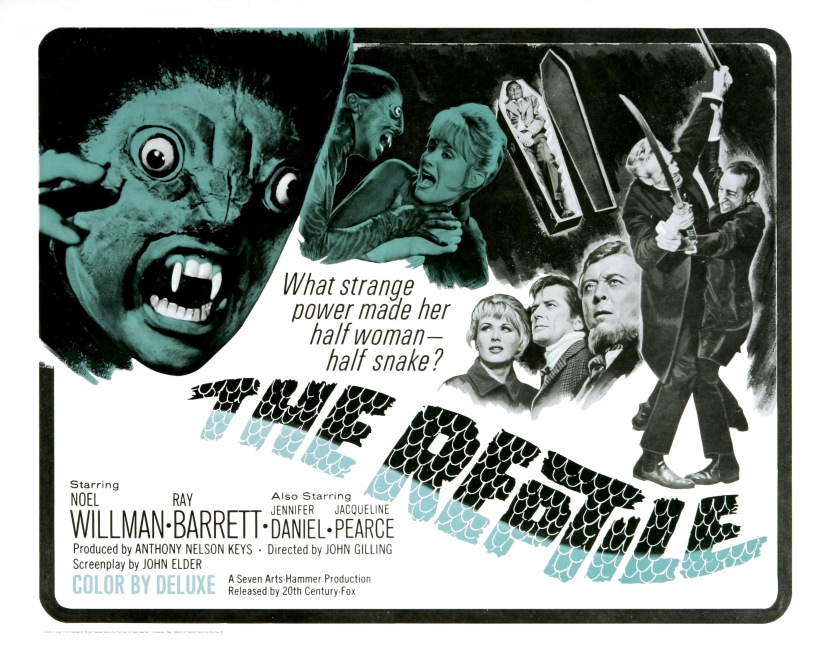 It was not too often that Hammer would dip into its bag of practical effects for a movie, more often than not relying upon the psychological or a set of fangs to deliver the scares.  But once in a while, it would do so and give us a Frankenstein or a film like The Gorgon where at least part of the horror would rely upon sight.  So it would be with this picture, The Reptile, a film about a mysterious creature that has been poisoning and killing various people.  It still contained that psychological element, as it would not be until the latter half of the film until the monstrosity was revealed, but it probably also helped to keep the budget down.  Thankfully the movie had an interesting script by Hammer writer Anthony Hinds (John Elder) to work from, as in the end; it would turn out to be one of Hammer’s better, lower budget films.

On-screen, the film would be a very moody, very suspenseful little horror-thriller that would have no problem keeping you entertained.  There were a couple of slow spots, but overall, the pacing of the film was fairly steady as the mystery of the killings built up until its big reveal.  Ray Barrett would play the lead protagonist of the picture, Harry Spalding, who comes to the small village after his brother is killed.  He believes that there is something more to the death of his brother and he means to get to the bottom of it. As Harry starts to unravel the pieces of that mystery, director John Gilling keeps that suspense and tension building.  Though Gilling’s style might be fairly standard, with little flair or innovation, having long-time Hammer cinematographer Arthur Grant on board to help him out, made the film look great.  The scenes involving the creature are quite spooky as if it could jump out at you at any moment and that fear of the unknown really helps to play into the eeriness of the film. 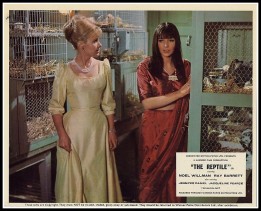 Ray Barrett would do a good job as the tenacious family member investigating his brother’s death, but it would be Noel Willman as Dr. Franklyn, the film’s villain that would steal the picture away with his rousing performance.  Franklyn seems like a normal man, but he is a man with a secret, one he wants to keep, but finds almost impossible and it is tearing him apart.  Willman ends up putting a lot into his portrayal of a man at war with himself.  At times, Franklyn is quiet and mannered, but in the space of a heartbeat can break into a fit of rage and become a totally different person.  His Jekyll and Hyde performance would really add to the film’s mysterious tone as it was quite obvious that the man knows something about what is going on in the village and possibly hiding something as well. 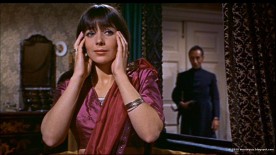 Jennifer Daniel would play the wife of Harry Spalding, Valerie while Michael Ripper would star as Tom, the man who helps Harry out with his investigation.  Last but not least, Jacqueline Pearce would star as the unwitting murderess, the creature that would end up killing the unsuspecting villagers.  It was a good bit of casting, as Pearce looks so unlike most anyone in the film with her long brown hair, she seems strangely out of place and it almost seems like the director was giving us a visual clue as to her true nature.

It is hard to say what one would do if they met up with a large, half-reptilian woman.  Would you be frightened beyond all measure or would you marvel at just how different a being it is, wondering how it came to be, risking your life by doing so?  In this film, everyone seems to die after encountering her, and everyone thinks it a monster.  Surprisingly, the creature effects were quite decent even and if the creature had been actually real, it would most likely be one of the scariest things to ever live.  It is fair to say, that even for a B picture, the makeup guys did a good job considering the budget the picture was probably made on.  With a great cast and an enthralling story, The Reptile was a nice excursion into the realm of horror, one that you should consider taking. 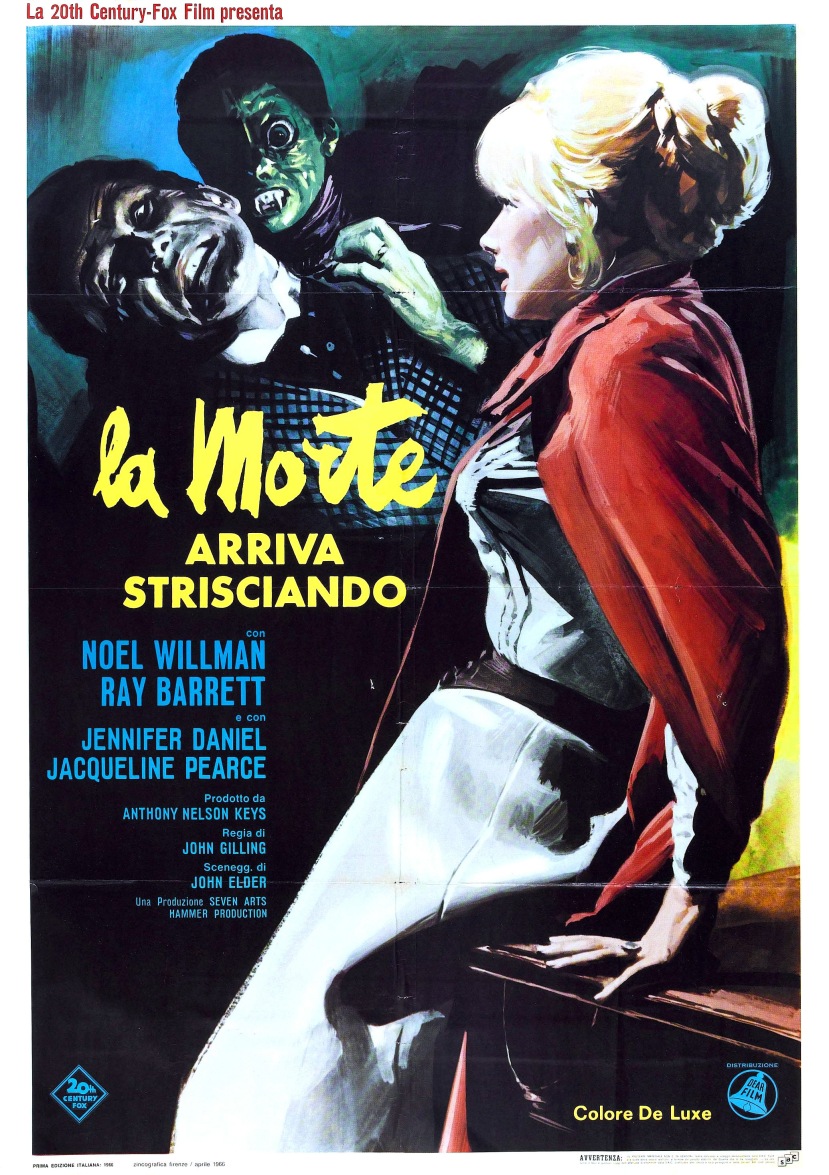