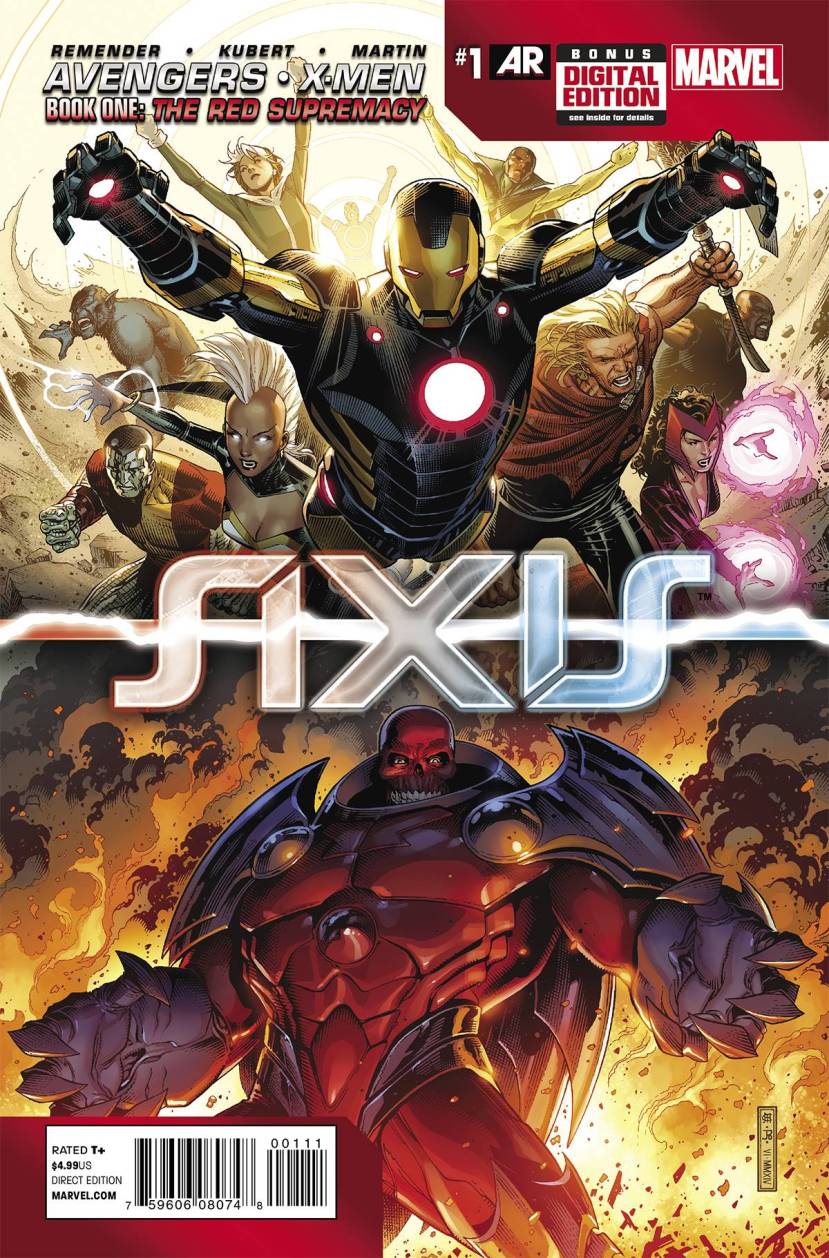 The Red Skull is at it again, or more appropriately, the Red Onslaught.  Having had Charles Xavier’s brain fused to his own, he has gained all of Xavier’s vaunted telepathy and then after being killed by Magneto in Uncanny Avengers, he is now all-powerful.  And it is not that he necessarily wants to create a master race, though he probably does, but he does wish to rid the world of all those he finds impure, particularly mutants, which is a little ironic considering his situation.  So in come the X-Men and the Avengers to save the day, which looks like it will be a lot harder than normal.  The first issue of Marvel’s new big event is everything you thought it would be – action, explosions, good guys, bad guys and a lot of confusion.  Why mess with a successful formula if you have no reason to?  So it is that Remender uses that formula and to good effect as well with the Red Onslaught character being quite the formidable foe.  Not everybody would have thought to take the peace loving Xavier’s mind and meld it to a Nazi, but where others saw nothing, Remender saw opportunity and it works quite well.  It is good to see the X-Men get the spotlight again, albeit a shared one, what with all the press they are getting as being lower on the food chain at Marvel.  There are some good moments in the book, a couple with Tony, a couple with Havok and a great scene between Rogue and Xavier who had a similar one in a previous issue of Uncanny Avengers.  What is also great to see aside from the large and eclectic cast, is that they are working together instead of against each other, as well as being drawn by the incomparable Adam Kubert.  The book is definitely off to a strong start, and though it might not have that mystery-vibe like Original Sin, or the widescreen epic-tone of Infinity, it does have that classic Marvel crossover feel which is great to see again. 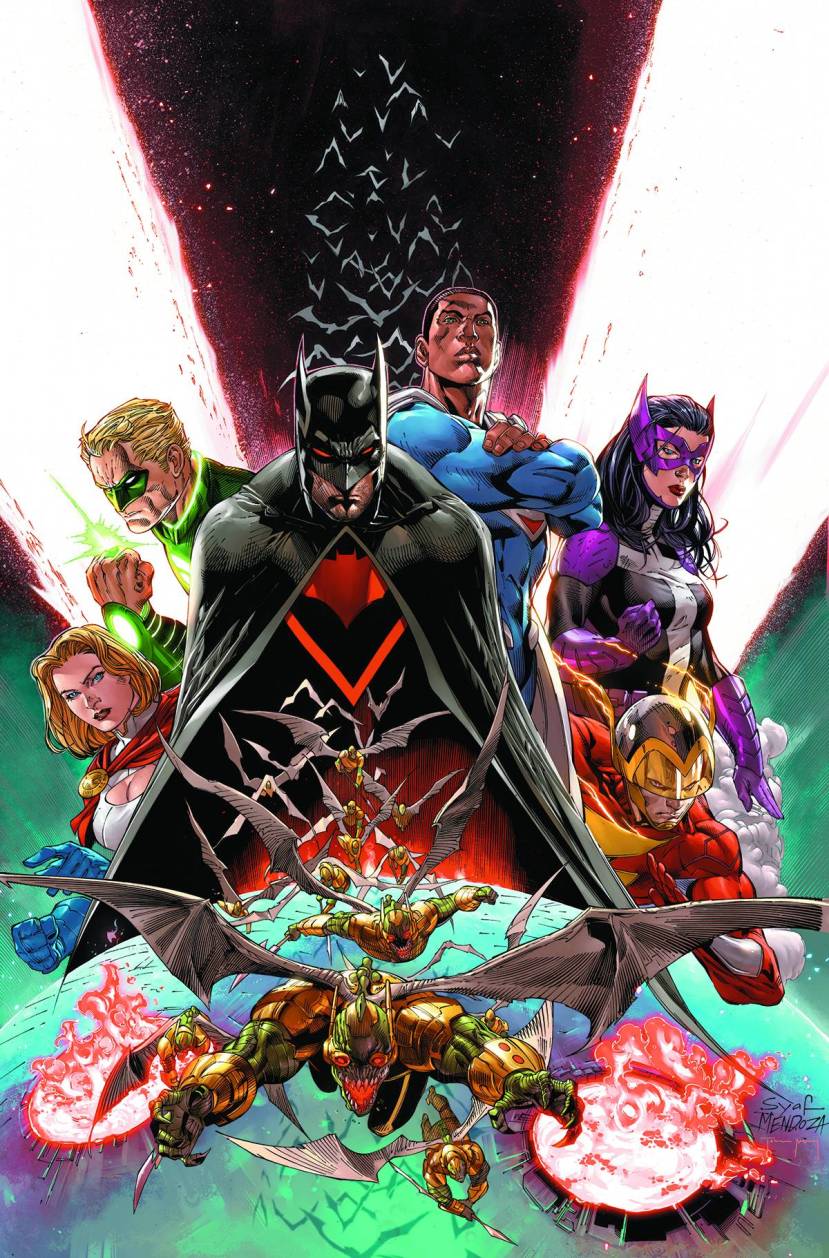 The first issue of DC’s third weekly series starts out with a recap for almost its entirety, showing us what went down in the past, throughout the regular Earth 2 title and the war that happened between the forces of Apokolips and Earth’s heroes, the fallout of it, how the Trinity fell, the corruption of Terry Sloan and more.  The book then ends with everything up to speed and on a bit of cliff-hanger and simply put, it was a fantastic book from cover to cover.  It was nice to see our three writers sum everything up so succinctly for new and old readers alike before jettisoning off into a new long-form epic.  There was a little trepidation going into this from the very first page when looking at the list of artists credited with producing the issue, but surprisingly, there is a really nice flow throughout the book without any one style clashing with the other.  The book is also peppered with little moments that we were not privy to before, moments that sometimes take place within the familiar but add a new depth to them and it makes the story slightly more exciting than if the retelling had been just a straight up recap.  Now that the series has finally started, it will be great to see just how it all leads into Futures End though we do know the end point, assumedly at least.  Very fun and quite exciting, this issue had everything but the kitchen sink thrown in.