Back With a Vengeance – Dracula Has Risen From the Grave (1968) 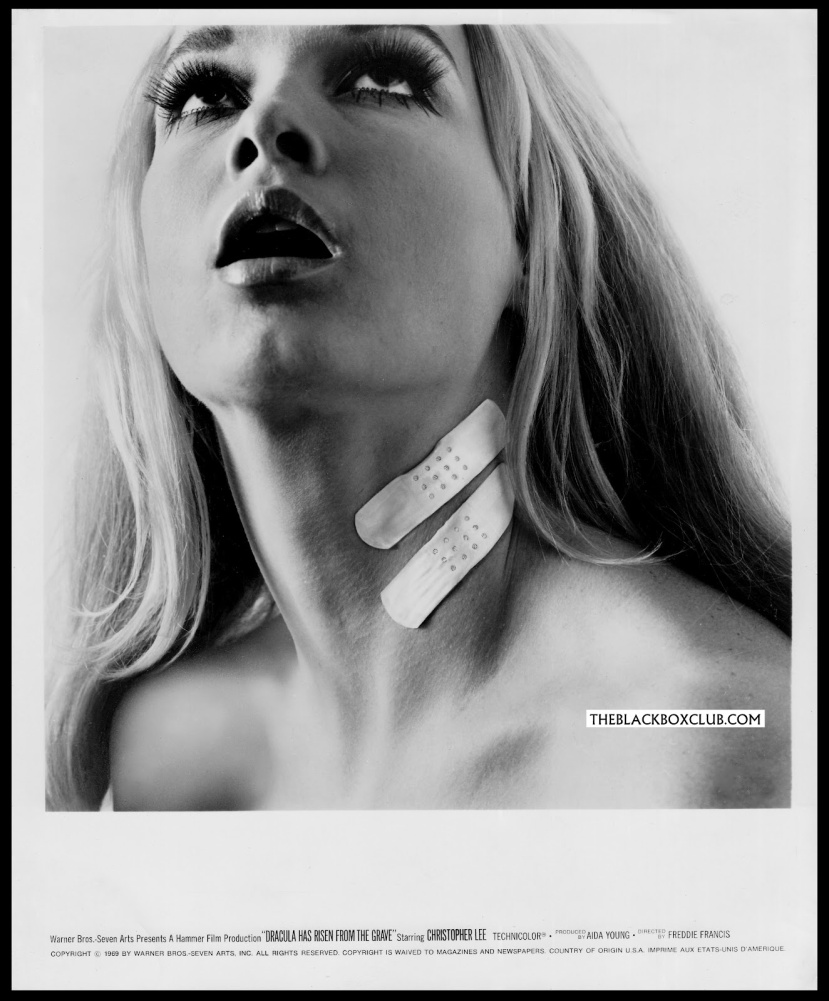 For the second time, Dracula comes back from the dead, this time from the frozen ice of the mountain waters where he was supposedly killed in the last film.  The Count wastes no time in recruiting those to follow him, and he will need those to aid him in his vengeance on the Monsignor for having barred the door to his castle with a giant golden cross and performing the rite of exorcism.  Dracula finds that he will gain his revenge best through the Monsignor’s niece, Maria.  As Dracula seeks to exert his control over those around him, a battle between good and evil wages with things becoming more hopeless and lost with every hour that passes. 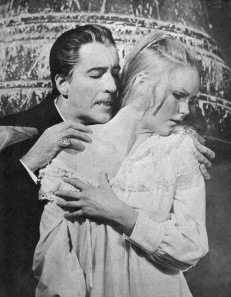 Christopher Lee returns for the third time as Count Dracula, beating Bela Lugosi’s record of two.  Unlike the previous movie, the Count has some speaking parts though his speech is often minimal and only then, to bark commands of those who serve him.  Lee is just as imposing now as he ever was with his big, black cloak, his fangs and his bloodshot eyes.  Lee has Dracula move with surety and assertiveness, entrancing not only his victims but the viewer as well.  When Christopher Lee is onscreen, you cannot help but keep your eyes on him.  He draws you in just as surely as if he were a real vampire and it is a little unsettling that he is able to do so.  This of course was helped by cinematographer Arthur Grant and director Freddie Francis who was new to the series, by using cropped shots and coloured lenses to really narrow the focus the scenes that our villain would appear in.  It also helped to have lots of blacks, greys and other muted colours surround the vampire as it would contrast with the red in his eyes and his clothes and draw your gaze to him immediately. 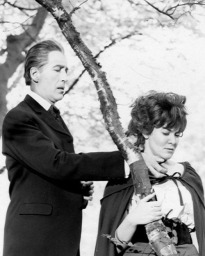 Standing opposite the Lord of Vampires would be Rupert Davies, who would first draw the vampire’s wrath as the Monsignor.  Ewan Hooper would star as the coward priest, while the buxom Barabara Ewing would play the ill-fated Zena.  The Monsignor’s niece whom Dracula would seek out to complete his revenge was played by Veronica Carlson who would star in a number of Hammer vehicles at the time and Barry Andrews as her boyfriend Paul would be the man who would save her.  Of them all, it is Andrews as Paul and Ewing as Zena who put in the most charismatic performances.  Perhaps it was because their characters were so laid-back, unlike the rest who were claimed by the sobriety of religion.  Though if you were to face a vampire, Dracula in particular, religion is the one thing you want on your side.

Dracula Has Risen From the Grave harkens a little to the 1944 film, House of Frankenstein with one notable scene, that of the Count being freed from the ice.  In the Universal film, Frankenstein and the Wolf Man are melted from the ice which obviously took some time to do, while Dracula in this film was woken almost immediately.  While there was more than likely no relation implied or suggested, it is there nonetheless and horror fans will more than likely notice it straight away.

This film would mark the first time that Terence Fisher would not be utilized in the series and because of it, Freddie Francis would step in with a pair of fresh eyes, and fresh skills to lend the picture.  While the film was not quite as good as Horror of Dracula, it featured some great special effects, namely the lenses that Christopher Lee would wear.  Whether he was staring at the young women or crying blood near the end of the film, his eyes were quite eerie in their effectiveness at making you want to both look and turn away at the same time.  Like all the films in the series up until this point, they were all played straightforward and serious, being true horror films with one of literature’s greatest monsters taking the lead, unlike what some of the campy posters that made it seem otherwise.  The film would also feature a great score by James Bernard and some great set designs shot at the classic Pinewood Studios.  Dracula Has Risen From the Grave easily ranks up there with the rest of the sequels thus far and is a film that will definitely not disappoint. 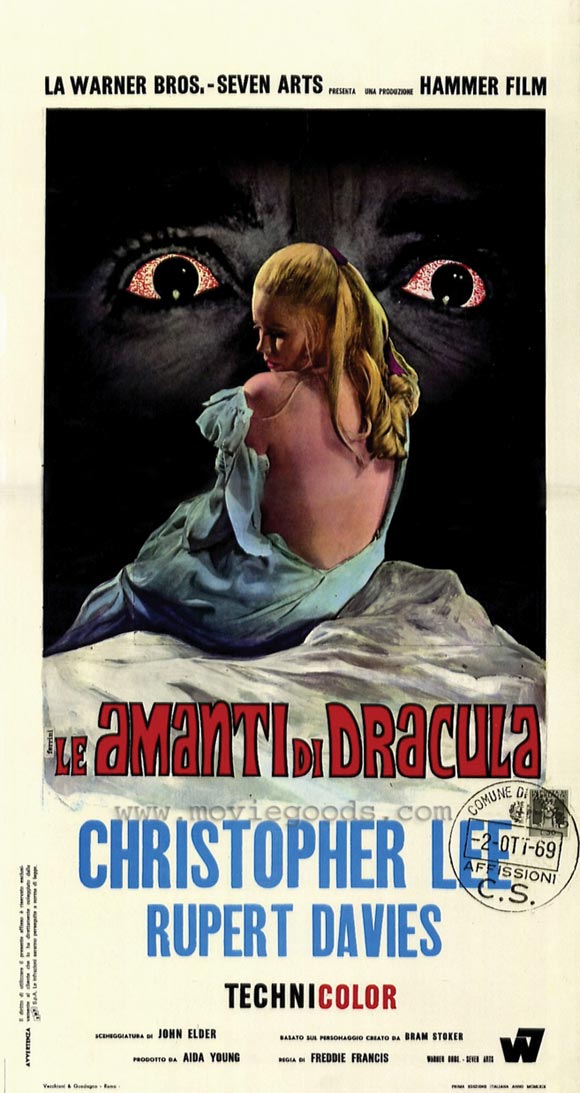