Poor Konga.  He only wanted to play in the jungle with his friends, eat bananas and other yummy fruits and just have a good time.  He never expected botanist and scientist Charles Decker to crash-land in the jungle, make friends with the natives and treat him so well.  Konga also never expected to be taken back home to Dr. Decker’s and transformed into a giant gorilla nor to be hypnotized to go out and kill people either.  And yet he does because Decker commands it to be so.  What started out as pure scientific discovery has turned into a mission of personal gain both professionally and personally as Decker gets rid of all his perceived enemies, and all at poor Konga’s expense.

Michael Gough does a great job in his role as both doctor and eventual villain.  Decker is rude, crass and has an ego that grows every time Konga does.  The man thinks he is a genius and can quite literally get away with anything and for a time, he does.  His encounters with everyone from his assistant Margaret to his fellow professors are hostile, even when he is not trying to be, such is his personality.  As you watch the movie, his attitude and actions are that of the classic mad doctor seen so many times upon the screen and you know without a doubt that though he might have good intentions at first, they soon sour.  Gough, the star of many a film over the years is brilliant in the role and perhaps the very best thing about the film.  He brings class to every film he is in whether it is Dracula or Batman and it is a joy to see him work.

The story by Herman Cohen and Aben Kandel is decent and did turn out all right, though of course it is highly implausible, but it would have worked a lot better if the special effects could have been improved.  Having a guy in a monkey suit has been seen many times, and Konga, though he does elicit sympathy from the viewer, it has more to do with story than anything else.  Thankfully, the Konga costume does not completely distract from director John Lemont’s picture and what is going on.  What is surprising is that it is not the worst creature effects to have ever been seen in a film.  That specific award could go to any number of Roger Corman films.

Margo Johns is another bright spot in the film who stars as Gough’s assistant.  The rest of the cast is present essentially to provide fodder for Konga to kill throughout the picture.  The end of the movie is actually a little moving, though it has been seen before as well, but when Gerard Schurmann’s music starts up and the army is shooting at Konga, you cannot help but be moved a little bit as the scene recalls King Kong and every other poor, hapless giant monster that has been shot down by misunderstanding.  Even though this is primarily the Gough show, if you like giant monsters this film is one you cannot miss. 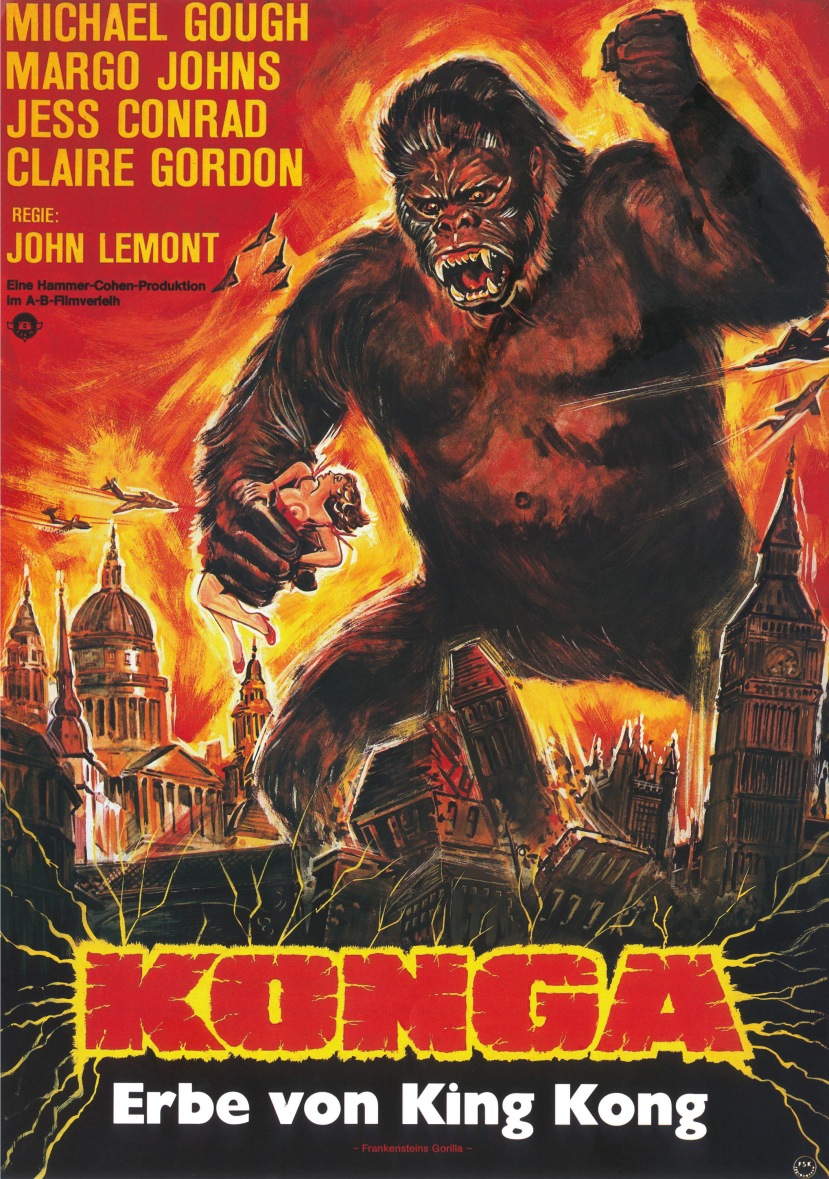