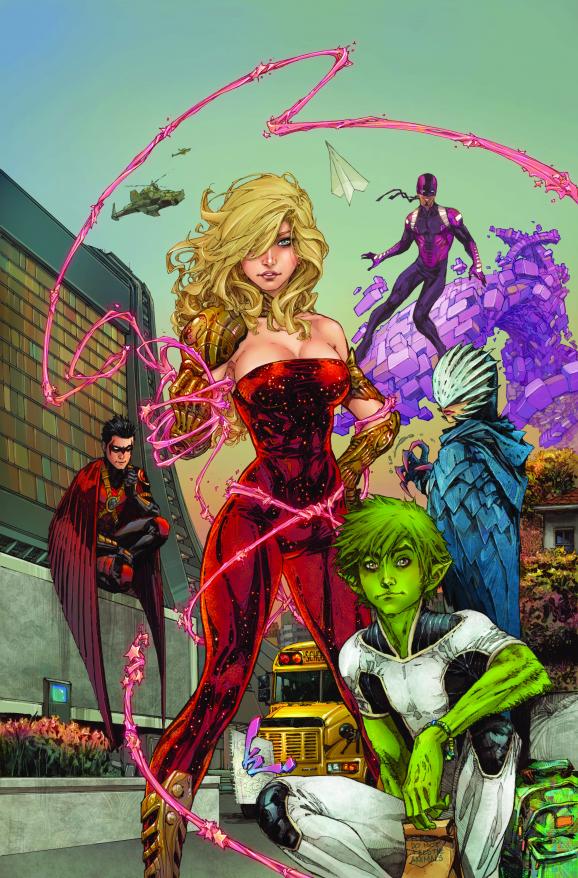 Cassie is hanging out in Times Square when everyone there gets a video feed of some men who have hijacked a school bus.  Red Robin picks it up and starts coordinating the Titans to take care of the situation.  The terrorists are out to expose S.T.A.R. Labs believing they are out of control with all of the experiments they are conducting.  S.T.A.R. Labs meanwhile are a little confused as to how these people know what they know and if what they say is true.  So Wonder Girl, Gar, Red Robin and Raven start taking out the men on the bus one by one while Bunker is at S.T.A.R. Labs in case they end up getting through to them.  For a first issue, Will Pfeifer did a great job of making it exciting and action-packed enough that a reader would not find themselves bored trying to make their way through the book.  Introducing the characters one by one as they come into play worked, but it would have been nice if in the little captions they also explained their power set for readers who are new to the title.  Kenneth Rocafort’s art is quite nice; it is clean with tight, crisp lines that give it an incredibly fresh look and make the pages feel energetic.  His Wonder Girl looks statuesque compared to the rest of the team who look, and thanks to Pfeifer’s writing, feel like young adults.  The only complaint about the art is the design of Raven’s mask.  The classic look worked and worked well and there was really no need to change it.  She looks like something out of a Guillermo Del Toro movie now and it seems odd to see her on this team looking like that.  Otherwise, with only a couple of minor quibbles, the issue was solid with a nice little mystery involving S.T.A.R. Labs to keep people interested.  A great job by all involved. 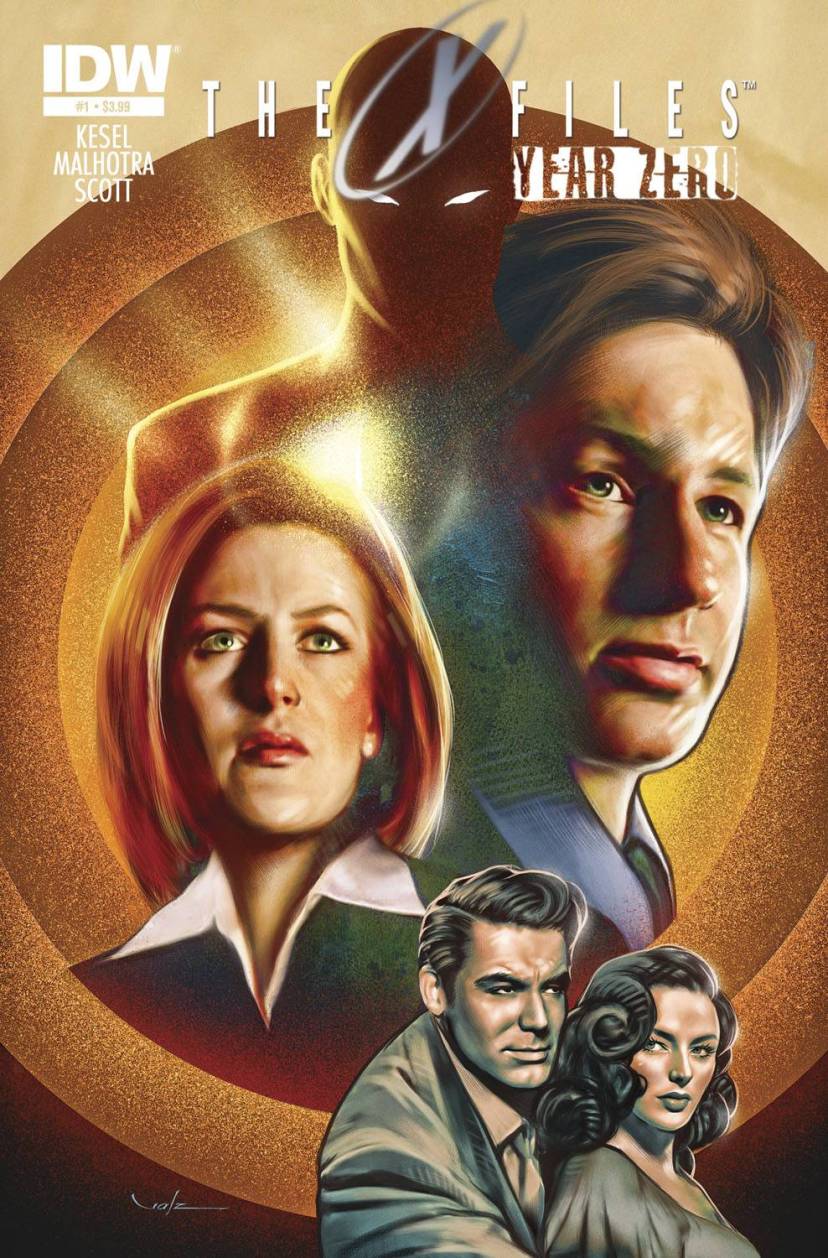 Mulder and Scully are investigating a case of people who turn into cats, or cats that turn into people.  As the case progresses and they take care of the cat with a helpful phone call, they track it down to a man named Dell Spoon in Egg Harbor.  Dell does not want to tell them anything of course, but eventually gives up the source of his info, the mysterious Mr. Zero, who told him to drop hints to our FBI agents.  After leaving Dell’s place, Mulder and Scully hit the road and Mulder starts to relate a case to Scully from the very first year that the X-Files came into being.  That particular case had to do with the very same Mr. Zero or Xero as he was known by then.  Kesel does a great job of capturing the voices of our two investigators, as well as the witty banter that was always featured in the show between the two.  The mystery is a light one so far, not really giving us two much to work with or be interested in, but having a look at the origins of the X-Files, those cases and not necessarily the department which came into being with Mulder, is quite interesting.  Some good fun with a mention of the Lone Gunmen makes this a decent start to a new series from IDW.