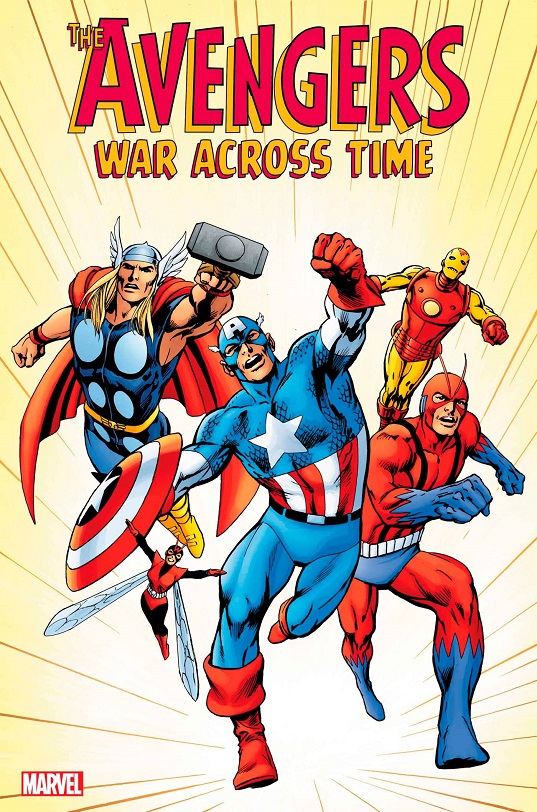 The Story – The Avengers have just finished their latest mission and are looking for a little downtime when the Hulk attacks with the question being what has Kang to do with it?

The Take – Like a blast from the past, because that is exactly what it is, the Avengers as written by Paul Levitz and drawn by Alan Davis, have just finished beating one of Kang’s robots, one that looked exactly like Spider-Man and with the real Spidey’s help, they managed to defeat it. Kang is not all that happy with the situation and decides he is going to destroy them with the help of another robot but one that has the gamma-irradiated beating heart of Hulk, long dead in Kang’s time. Suffice it to say that most of the issue is one long slug-fest which is not a bad thing while the first quarter of the book or so sets things up for said fight. Levitz channels the simplicity of the time both in tone and texture, just as if this comic was published in the 1960s alongside Avengers #11, which this issue ties into. All of this makes for simple, good clean fun and makes for a very easy read, not to mention a breezy one as well. There is no heavy text present and it is not bogged down by events that take place in other titles nor is there anything to catch up on. In fact, one could read this issue and be done with it, much like those comics of old without missing anything or needing to read more. The thing is Levitz and Davis make the reader want to read more because Kang is not done with the heroes. However, what he has planned is unsure as no real hints were given except the blurb which stated the next issue would most likely take place in the future, calling to mind the subtitle of this series – War Across Time. Reading this, there is a certain charm about it all, perhaps because it takes readers to a simpler time when things were uncomplicated including comic books. Davis’ signature pencils also hearken back to a more traditional style of artistry normally found in the books of the time which makes for a perfect fit to everything that takes place within these pages. So far, this first issue is off to a great start and is a perfect book for those looking for a bit of nostalgia starring the Avengers.