Munchies is definitely a movie that is more comedy than horror, though if someone is able to find something to laugh at, they must have been a child in the 80s and watched it then to have 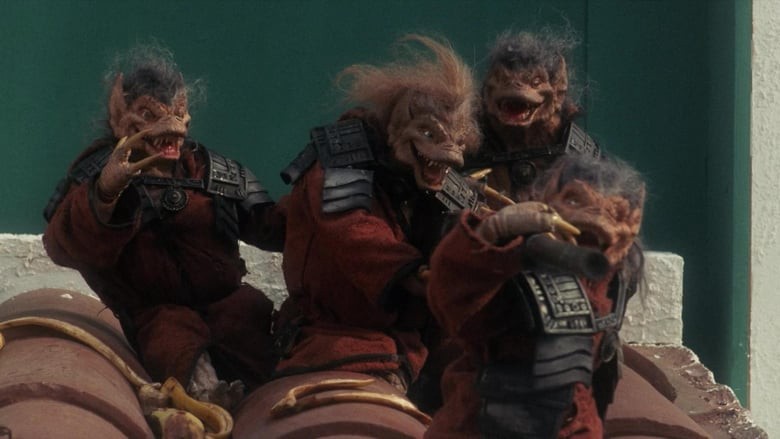 enjoyed this ridiculous piece of celluloid.

Taking its cue from Gremlins and Critters and other movies of that ilk, Munchies finds a small, goblin-like creature that might be an alien or something else altogether in a cave in Peru. Taking it home, Simon and his son Paul name it Arnold with the former hoping to hit the big time with his discovery – the man being a significant conspiracy theorist who is also looking to prove his beliefs are true with the creature. Simon’s brother Cecil lives next door and intends to cash in on the monster himself, but when the little beast is dismembered, more Munchies grow from its severed limbs, which set out to cause more than enough trouble for everyone involved.

Produced by Roger Corman it is no wonder that this film is as silly as it is, though its exceptionally

juvenile humour can be attributed to writer Lance Smith. How these little creatures know the words and sayings they spout, the accents they speak with and more only adds insult to injury, that initial wound being the movie itself for merely existing. The practical effects are not all that terrible but it would have been nice to see a little more horror present in this horror picture instead of the ludicrous amount of slapstick and cheese that was shown throughout.

The one redeeming feature that this movie managed to sport was actress Nadine van der Velde who would offer a lot of charm and genuine acting ability and to a lesser degree, Charlie Stratton as Paul. The two had good chemistry together and at least made parts of the film tolerable while the rest of the cast was simply there for the paycheck. At the end of the day, one can safely say there are better creature features than this one, both in terms of quality, horror and comedy among other things. Pass this one on by.