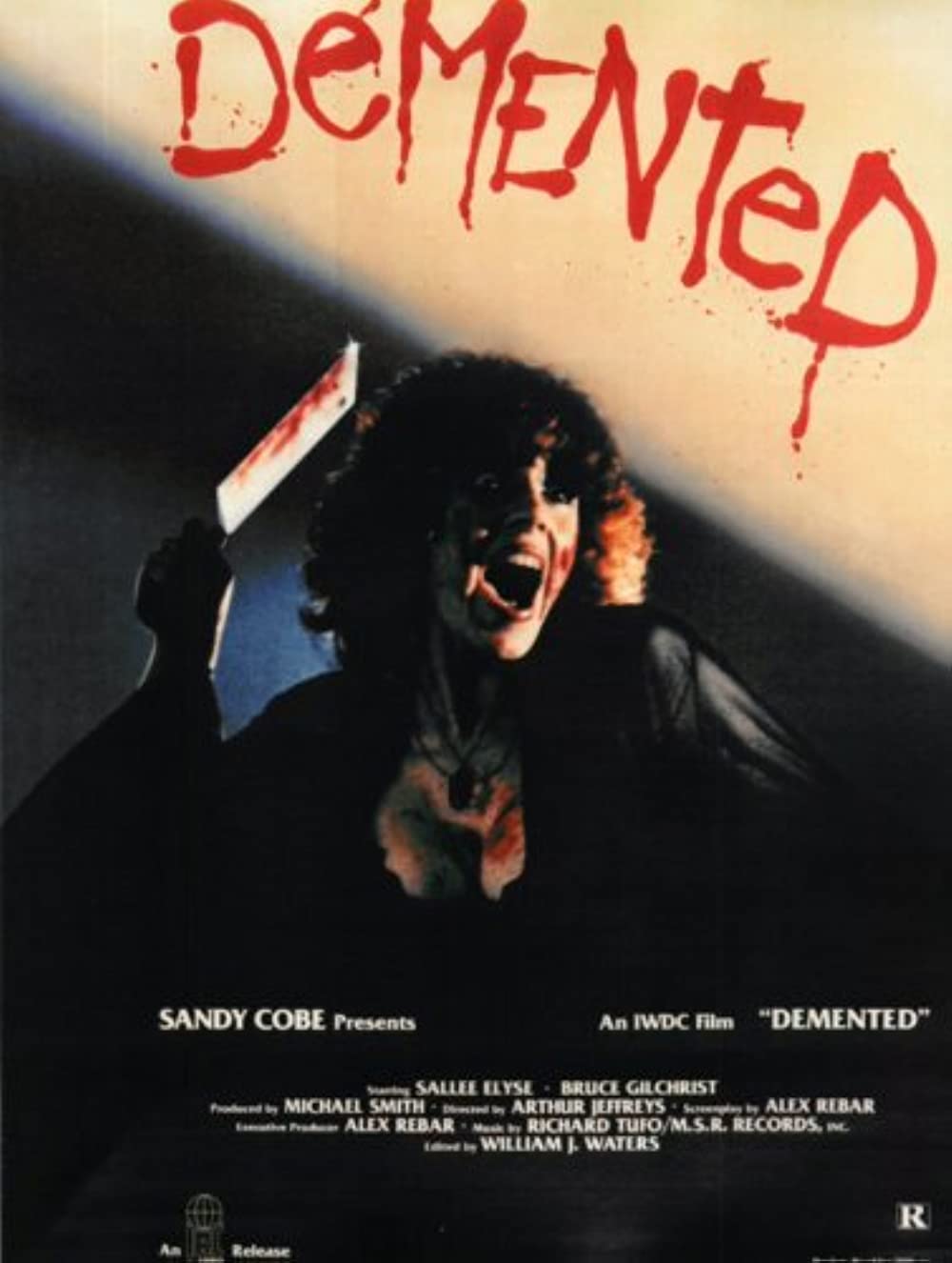 Sallee Young stars as Linda Rodgers who goes through the worst day of her life in Demented, a film directed by Arthur Jeffreys and released in 1980. It is awful to see, yet firmly cements this movie in the horror genre with that scene where she gets raped by numerous men in masks and even more so with

what follows later on during the final act.

While this picture might be a horror movie, aside from the opening bit, it takes a while to get going as the characters within deal with the fallout of Linda’s attack including Linda herself who is falling apart. Her husband as played by porn’s Harry Reems thinks she should just get over it as if he knows what it must be like to be violated like that and while she does try to put on airs, the cracks are all too visible and it gets to the point where she can no longer hide them. To make matters worse, she is being tormented by more men in masks whom she believes are the same men despite the assurances of the police that they are locked up and will remain so for a very long time. Most likely it is the boy next door doing it though that is never shown explicitly until the end of the film, proving the audience right and the moment when things really pick up to end on a very strong note. 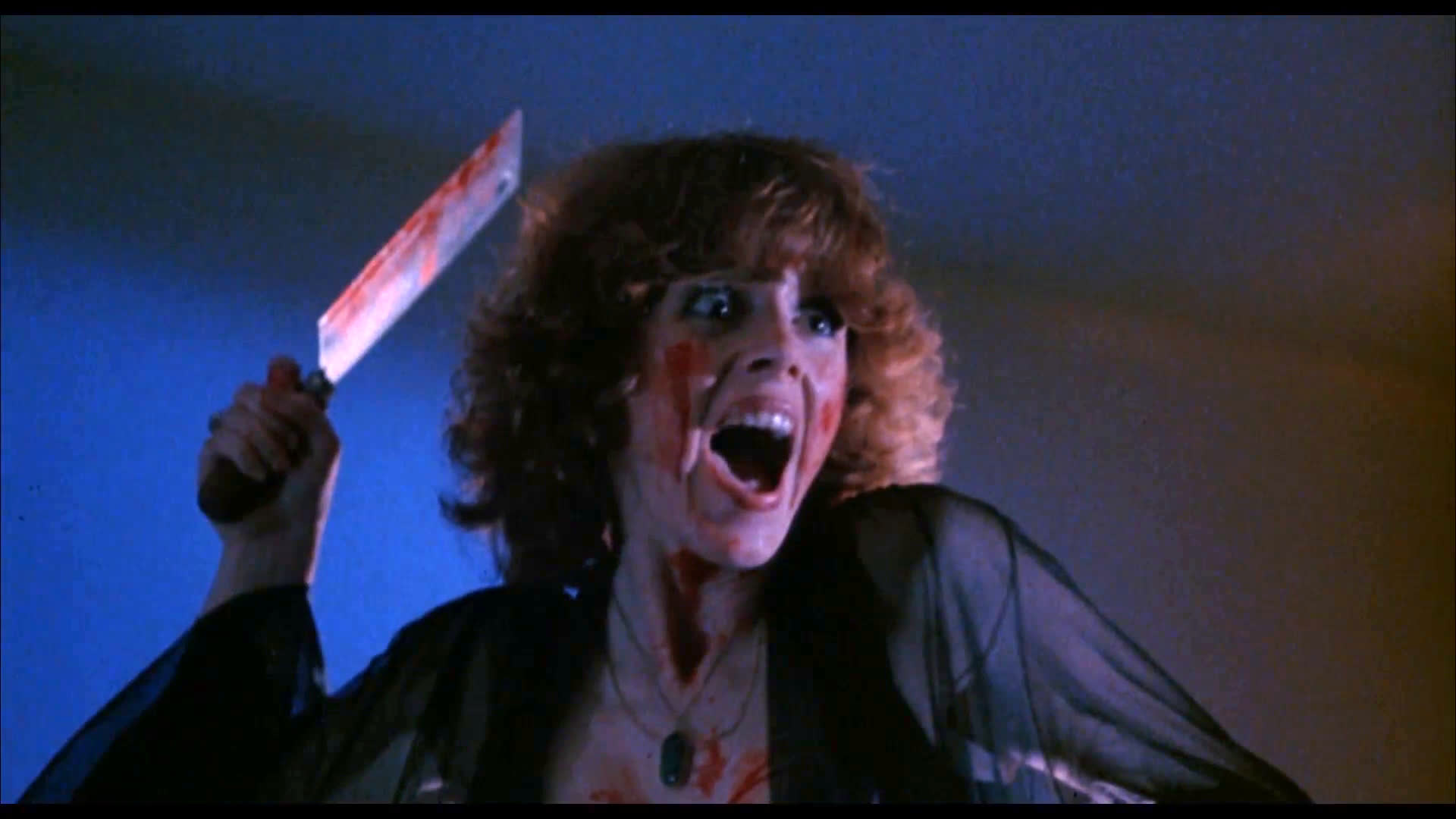 It is in that final act where Linda is at home by herself, her husband currently out with his mistress whom he is shown dating throughout the movie, that she finds herself a little antsy and so decides to sleep with a knife under her pillow. It turns out that was a good idea as she is attacked again and it is here that writer Alex Rebar and Jeffreys finally flip the switch so to speak on Linda, her mind snapping as she kills the first man. The film picks up exponentially at this point and it is what happens here that the audience was waiting for as Linda turns the tide on these would-be rapists and begins killing them all one by one. Each kill is more brutal than the last, bloody and crazed and just insane to watch as Linda mows through them, her mind breaking further with each one. Young does a great job in the role, at first slightly annoying during certain parts of the film and badly acted by her during certain moments but showing that she can truly deliver when it mattered like the latter half as the madwoman she pretends to be.

Some might not like the subject matter of the film and pass it by while others might think it a little cheesy with some poor scripting and acting all around, but given that which might be true at least in part, Demented is still worth a watch, at least for the revenge Linda metes out – deserved or not.