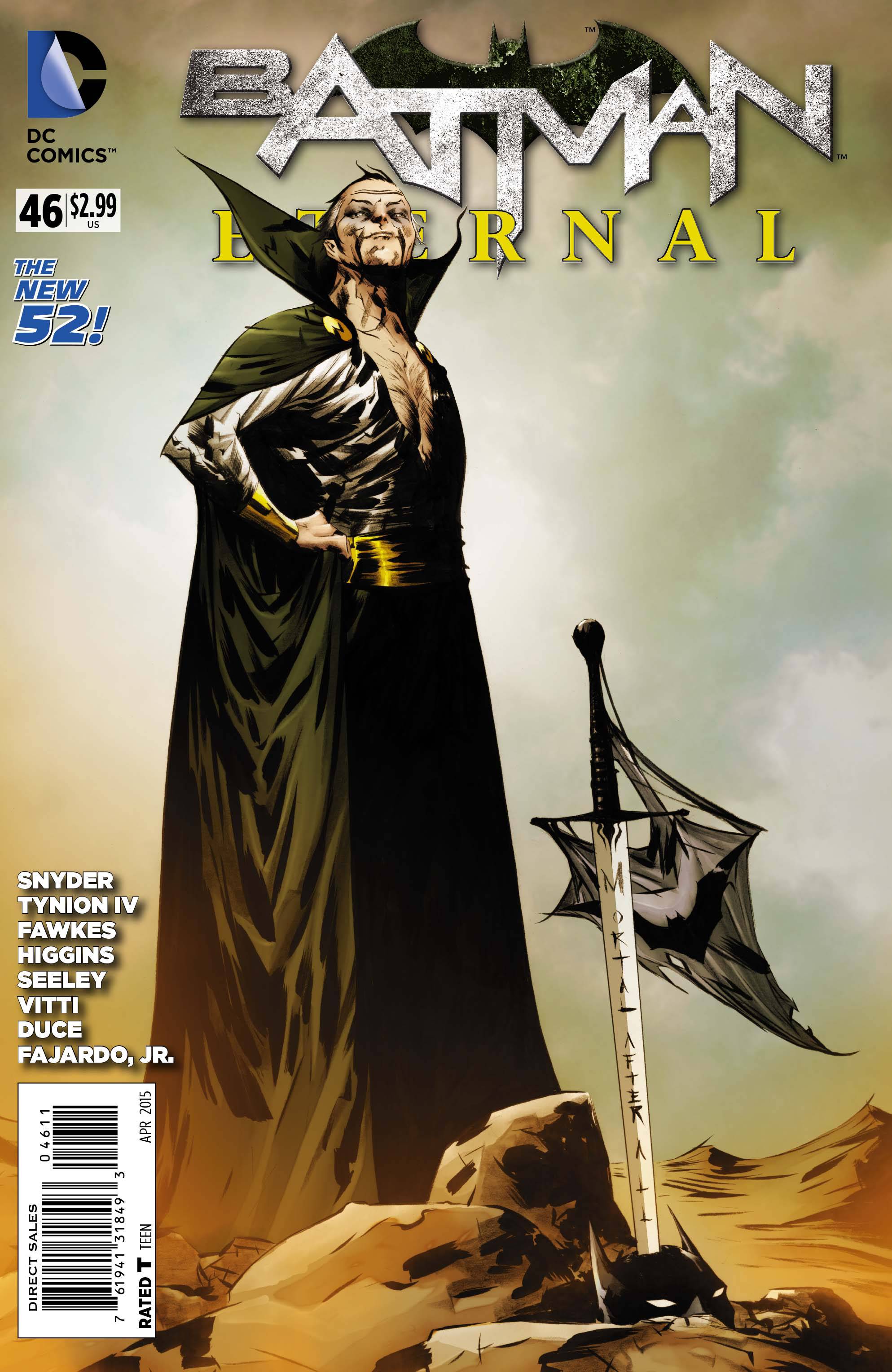 To say that Batman is a little angry is like saying the ocean is only a little bit of water. Travelling all the way to Pakistan, Batman wants to talk to Ra’s al Ghul because he believes that it has been Ra’s who has been behind everything that has happened to him and his city. Ra’s of course does not really want to talk at the moment, as it would be hard to do so with Batman’s fists in his face and so decides to torment the man instead. Suffice it to say, that does not last very long. Scott Snyder and company provide readers with another decent issue of Batman Eternal but one that seems like it is just tiding everyone over until something good actually happens. The book was not bad, it was just that readers have seen similar stories featuring these two characters before, as well as others, and the whole dream/vision/hallucinatory sequence thing is exceptionally played out. It would have been nice if that whole part of the book had been cut out and instead, Batman and Ra’s get to the point and another part of the ongoing story been given some pages in its place. The more interesting part of the story was the scene with Selina and the Lion. Selina is having a little trouble with someone smuggling some big-ticket items into the city and as she does not know who to trust, but also believes it might be the Lion himself doing the smuggling, so she gets him to find out just what is going on. The relationship between the two is something that bears further exploring as it is so different from what Selina’s is with anyone else, and hopefully, the Lion will eventually get out of prison thereby making it even more intriguing. This was a decent issue, it was just not as fun or as exciting as others.