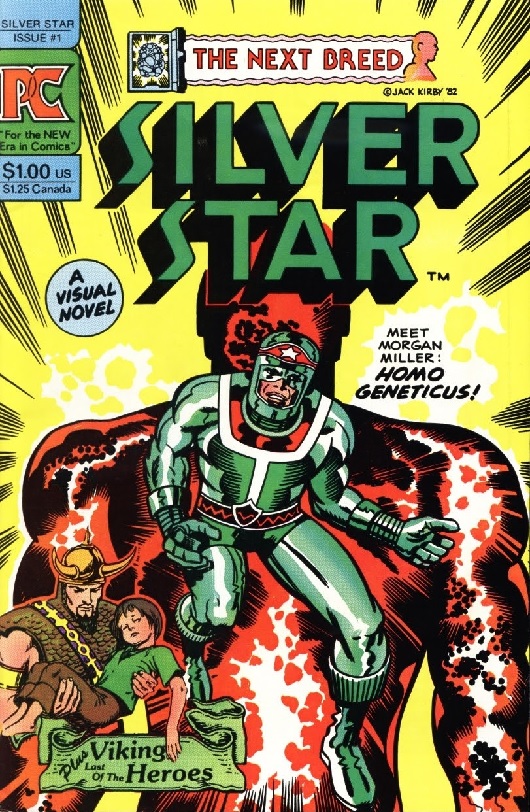 In a story entitled Homo-Geneticus, writer-artist Jack Kirby opens up the book with a little girl who has ‘projected’ herself elsewhere in order to reach her friend Morgan Miller so that she might sing him a birthday song. As such, readers are introduced to Morgan, currently in battle in Vietnam, when all of a sudden, something extraordinary happens, a change on a cellular level and it allows him to do the impossible. While Kirby has already started to venture into the fantastic at this point, he takes it even further as this change that has affected Morgan requires the doctors back at camp to contain his body in a silver suit, the man being nicknamed Silver Star because of it. A government man shows up to find out what is going on exactly and for the moment, he cannot talk to Morgan as the man is in a coma of sorts, the man projecting much like the little girl did and it is to her that he goes, rejoicing in his freedom and the ability to do anything he so pleases. Not only does Kirby send Morgan into the realms of the mysterious but also transforms the man’s body into something more than human. Finally, Kirby introduces what looks to be Silver Star’s nemesis – one Darius Drumm who not only seems to want to kill Silver Star but has been aware of just what he is quite possibly before Morgan himself knew it. Kirby writes a fascinating tale and creates a few very intriguing scenarios with this first issue and it should be a complete joy finding out where it is headed. Jack Kirby is not the only person to have a story in this book though as Michael Thibodeaux presents a tale called Last of the Viking Heroes where indeed, a group of warriors band together to hunt down a demon that has killed a father and his son and kidnapped the wife of the man. Each man, a warrior of different skill sets, is ready to leap into action even though they are not obligated to and just before they fully set out, receive a bit of help in the form of a magical gem. Said gem is going to come in handy later as it will eventually save their lives from the demon in a very exciting bit of adventure that features a bit of drama, a fair amount of characterization despite the few pages allotted the story and of course, some great action that finishes the book off quite strongly. A great package from start to finish.