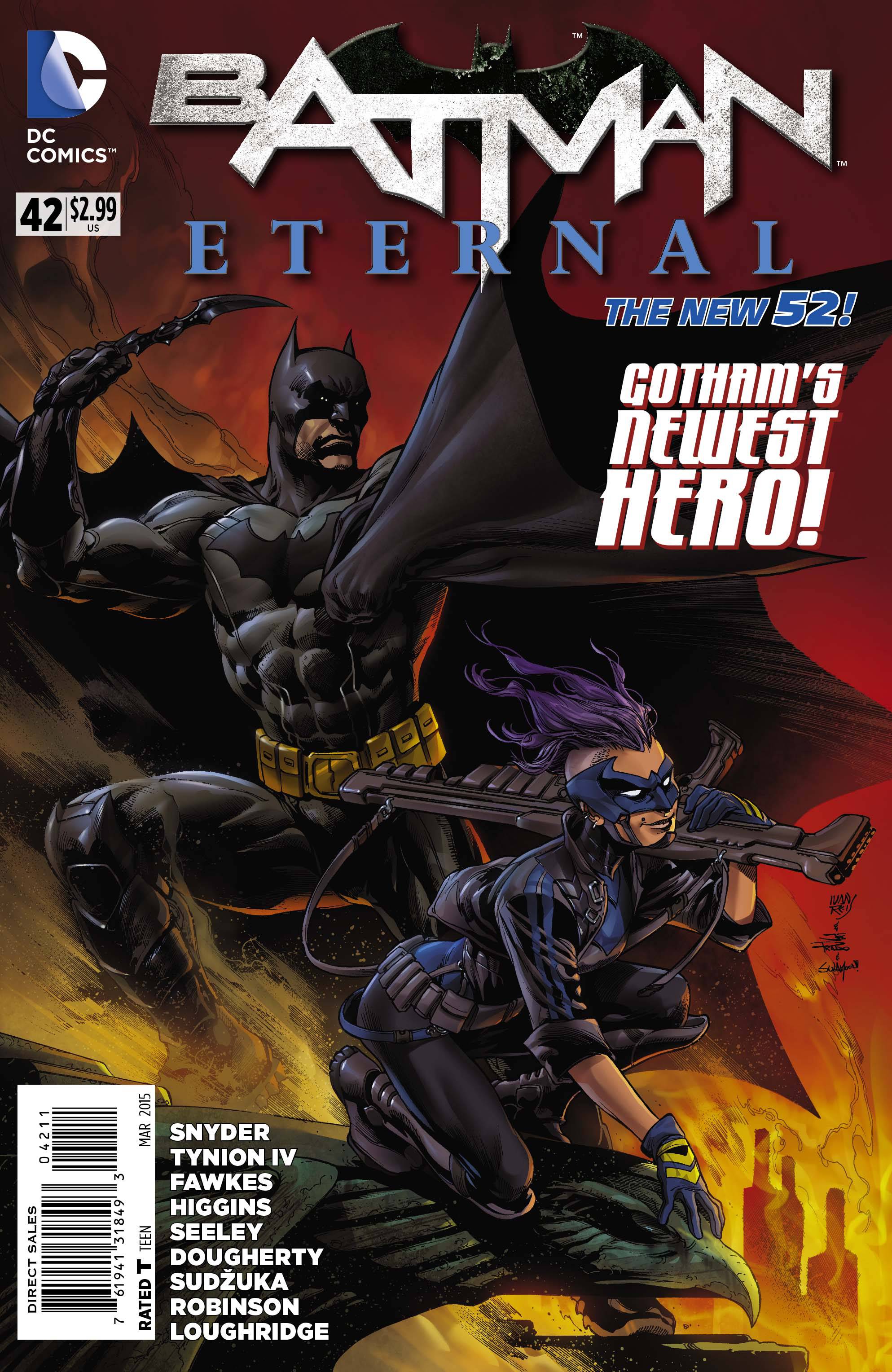 In Black & Blue, the continuation of the story from the last issue, Harper Row has donned a suit of her own to go in and save the day while Red Robin, Batgirl and Red Hood have all been corrupted by the Mad Hatter and who are no longer in control of their actions, much like many of Gotham’s teenagers. So with Harper being as inexperienced as she is in the ways of crime-fighting and the Mad Hatter being as lame a villain as there ever was – it seems like it should be a fair fight. This issue was pretty much on par with the last one, being somewhat interesting though a little more fun as it was nice to finally see Harper have the spotlight. Despite it not being her book, she is a very intriguing character who definitely brightens every story she happens to be in. The only downfall with these last two issues was the storyline itself, having been introduced so long ago and not really going anywhere to only be wrapped up now in this issue in a fairly average tale. While the title as a whole has been quite excellent over the course of the series, this was an unusual blip that will hopefully be only that. It was not bad per se and it was better than many books being published at the time but given how good the quality has been in the series, this was a small step down. Harper Row is interesting, the Mad Hatter is not and overall the issue was really only saved by the sequence featuring Spoiler that left the book on a small cliff-hanger. Decent is the only word to really describe this book and it will be nice to see it get back on track or at least a better one.