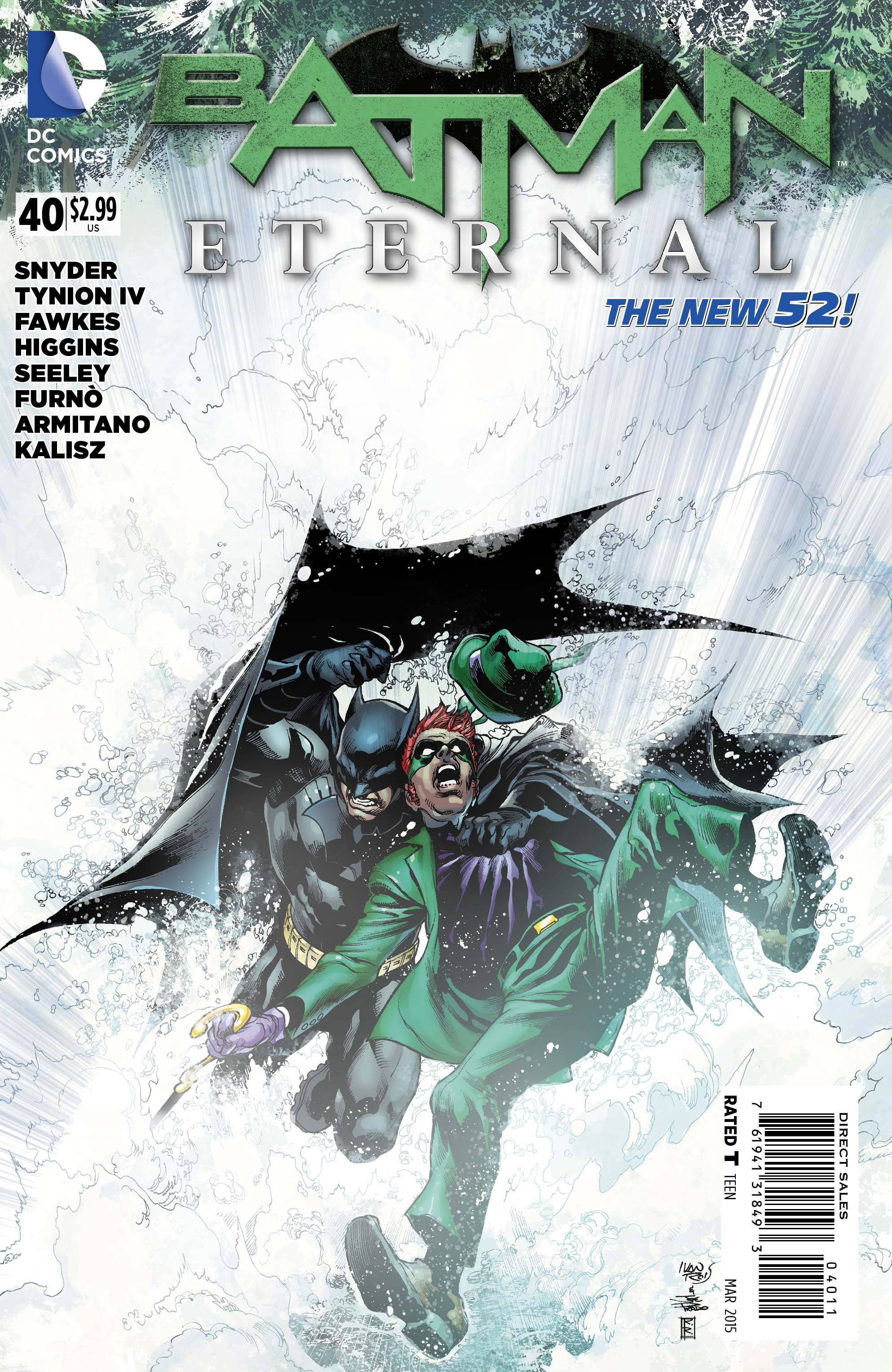 Gotham continues to plunge further into darkness as the escaped villains, now armed with all of Batman’s tech, have decided to head out on a rampage but only after killing Catwoman. Elsewhere, Jim Corrigan has finally crawled out of the wreckage, so to speak, of Arkham Asylum and Vicki Vale is dealing with the aftereffects of the shooting at the Gotham Gazette while Batman is still trying to haul Riddler’s sorry carcass back to jail. There are a couple of interesting developments happening with this issue, the first of which deals with the rogues. Coming into all of that technology and doing nothing with it except what they always do could be quite bad for the city, perhaps worse than its ever seen if used effectively but now they have made an enemy of Selina Kyle, what with trying to kill her when they could have teamed up with her instead. Selina thinks she is on to something though and is now on the hunt for Spoiler who has not been seen in this book for some time. The most exciting part of the entire story featured no action and no villains, and instead was the realization by Vicki Vale that everything in Gotham is happening for a reason and that all of it is connected. Sure, it had to take the shooting of her boss to really convince her but now she sees it wherever she looks and the more she thinks about it, the more she believes it. It is this realization that could be the gamechanger, that could make Vale a key figure in this tale and going forward, it looks like Vicki might become that power-player in the book, at least she should be for if the Dark Knight cannot figure out what is going on, she is the one that may very well do so. Other than watching Batman tussle with Riddler a little more and Corrigan poking his head out again, this issue of Batman Eternal was quite good.