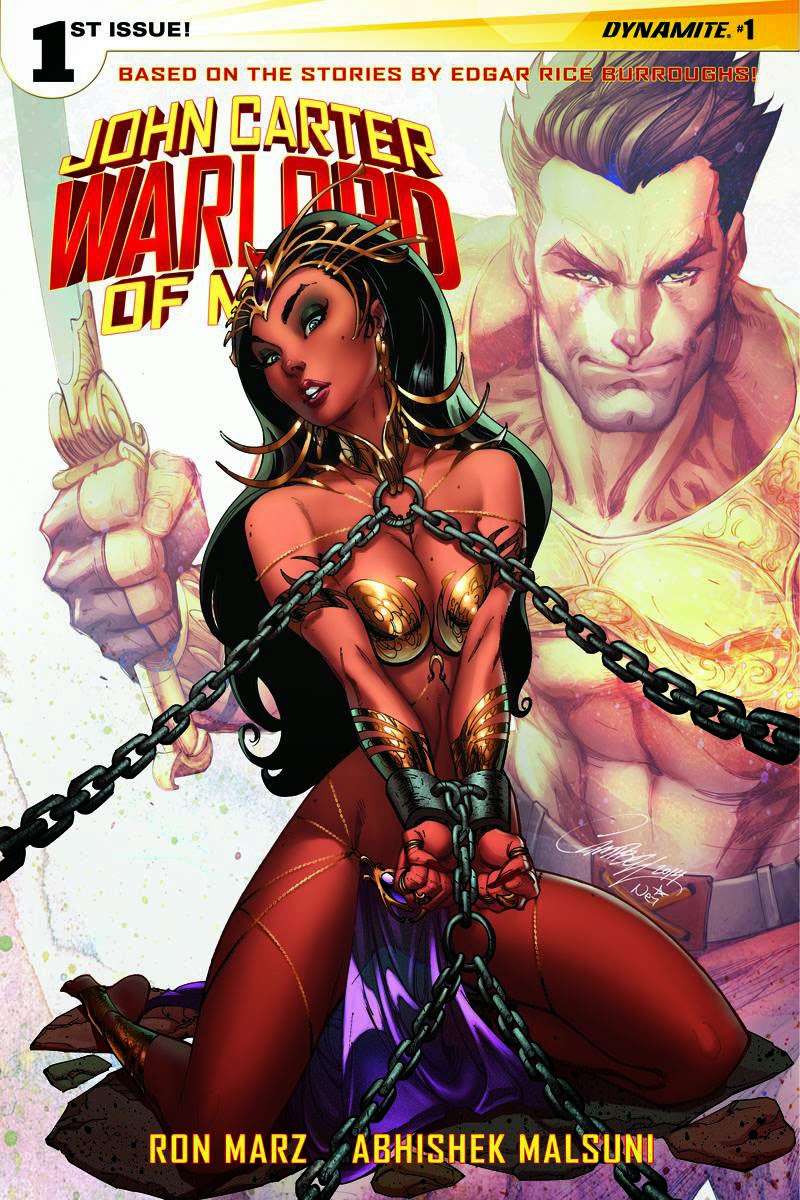 What a difference a relaunch can make as evidenced with this first issue of Warlord of Mars starring the one and only John Carter. Ron Marz comes on board as the new writer of the title with Abhishek Malsuni on pencils and to say this book was refreshing would be an understatement. The story is intriguing and really sucks the reader in with a mystery as one will want to know who the man in the shadows is, all the while providing a nice introduction to Mars and its people as well as the main characters that will be starring in the book – that being Carter, Dejah Thoris, Tars Tarkis and so forth. It does everything an introductory story should and unlike the previous series, one cannot actually wait to get the next issue. The pencils by Malsuni are beautiful, a far cry from the sparseness that the last series sported and while that previous series did have a certain attraction to it, they were not as detailed nor as eye-catching as Malsuni’s are. Marz seems to have a good grasp of the characters and the world they inhabit so there is no worry that he will mishandle them or have them do things they would not normally do which is a nice change of pace. The book feels like the science-fiction epic it should be, with tons of big action and a threat that might just give John Carter a run for his money. The characterization is spot-on and seeing the people and the places in this title done right is the best way to honour this property and the legacy that comes with it. This is exactly what the title needed and it is one of the best things that Dynamite has done with John Carter up until this point in time. As for that threat, it comes from the past, Carter’s specifically and it means to reel him in should he want to or not and to accomplish the task, they will use Dejah Thoris, the woman Carter loves. A great book in every sense of the word that leaves everything off on a cliff-hanger, making readers wonder just where it might head though one can easily guess that it will involve more action and drama and hopefully, as good as this issue turned out to be.