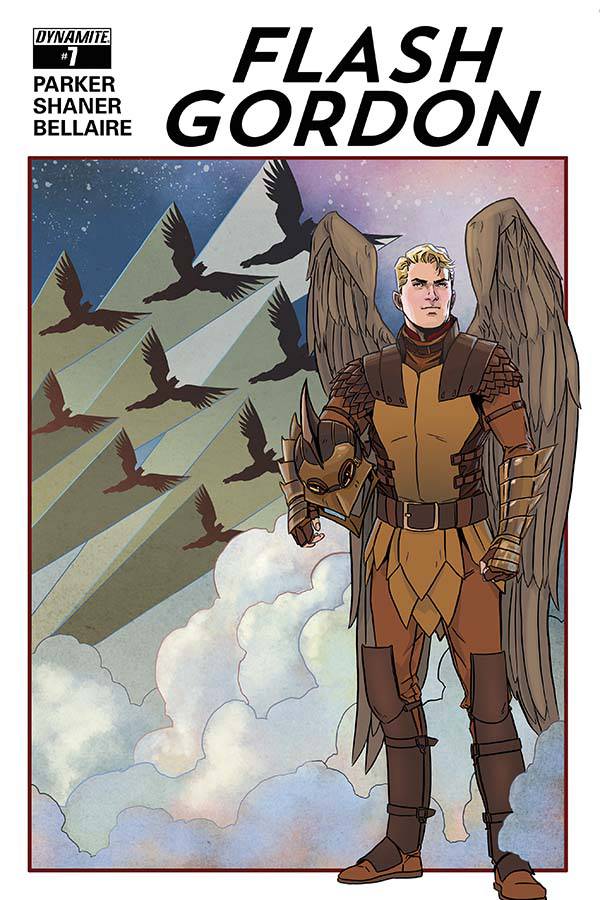 Flash Gordon and the team are still on Sky World but things are finally looking up as the king is not really all that bad and even wants to help them out which is a nice change of pace. It seems he just has to play the bad guy to keep Ming and Mongo on the ropes from learning the truth about things, a smart play if there ever were one. What is really sad about this particular issue is that it is only the second to last one before Dynamite would end it in favour of their King Dynamite line. Jeff Parker and Evan Shaner have been doing an absolutely perfect job with the venerable hero, one that has reinvigorated him for a modern age and created an excitement about him that everyone feels when they read this book. The artwork is absolutely gorgeous as it channels that golden-age feel while being current in its stylings and Shaner is sure to go on to bigger and better things once this book ends unless he happens to stick with the character and this little corner of the Dynamite Universe. As it is, the issue features a lot of the trademark humour that has suffused it since its inception and we get some great moments with Dr. Zarkov and the Hawk King and the usual Flash shenanigans. Even though it seems like our heroes might have been stuck on this planet and out in the universe for a good, long time, Zarkov pulls a rabbit out of the hat and manages to get them home, though with Ming still on the loose and being as merciless as he tends to be, things might not be as good as it may seem. This book was definitely one of the best things being put out by any publisher when it was released and it is a shame that they were not smart enough to keep it going and create an epic for the ages that would have stood among the best of those books that everyone talks about through the years. All the right ingredients were present, it was simply just not meant to be. A great book otherwise.