Not the Fun Times That Were Expected – Slashlorette Party (2020)

The very best thing about this entire affair is the title, Slashlorette Party and it literally could not be any better as it tells the audience everything they

need to know about the film and what they are getting themselves into.

That all being said, the movie is fairly entertaining, more so during the second act when the killing begins but one has to sit through that first act before the bodies start to drop and it tends to drag quite a bit even though the entire affair is not all that long. Part of that is due to the script which is slightly weak and relies on dream sequences a bit too much while the other part is thanks to the performances from some of the cast members which range from weak and cringe-worthy to fairly decent. While one can assume that this movie was a low-budget affair, it looks great, those costs were probably saved during casting though they did 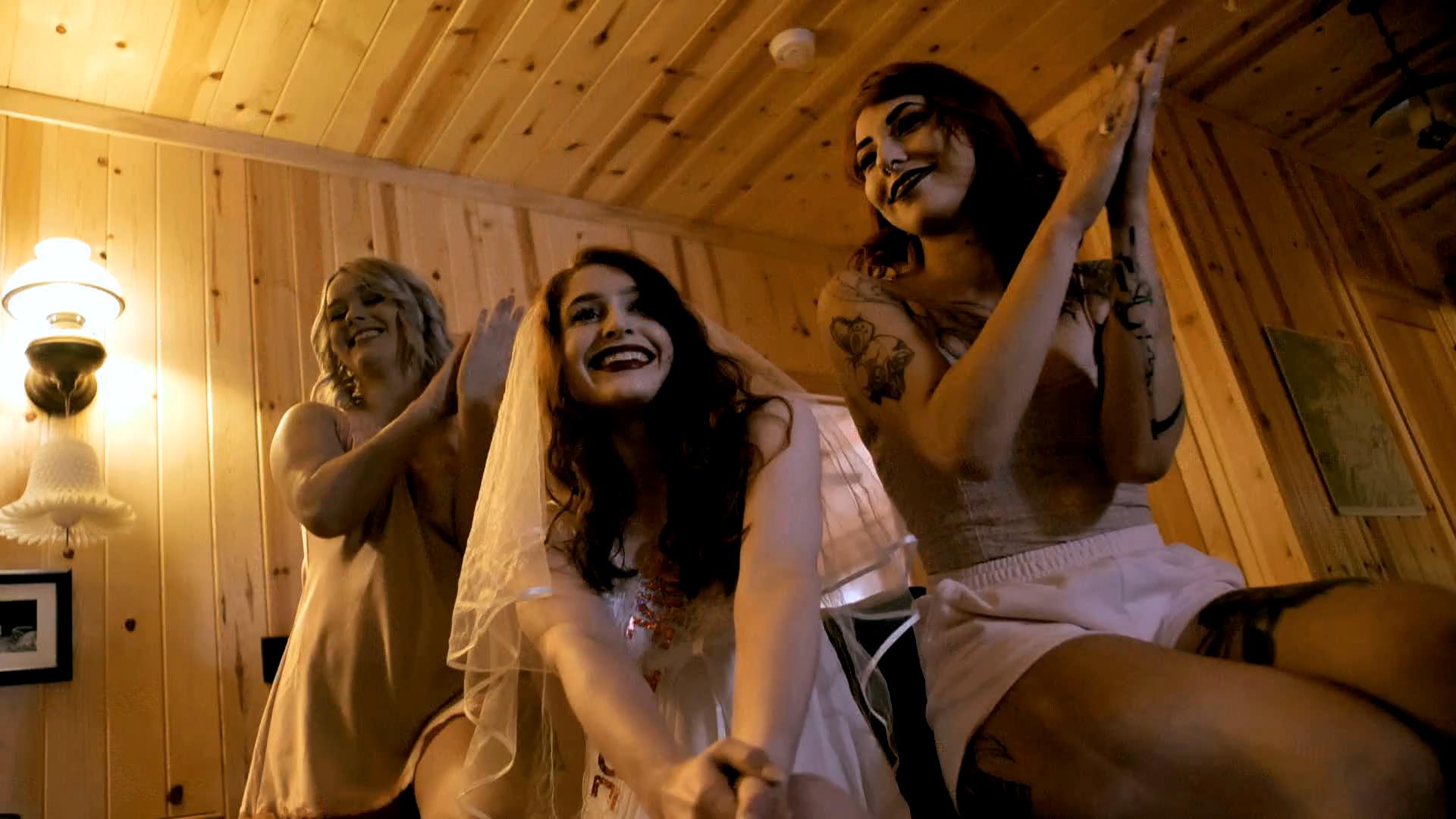 That all being said, there was very little in the way of nudity which seems like a missed opportunity given the type of movie though they did offset it with some good kills and some fairly gory moments. There are a lot of people who will not like this picture for one reason or another, be it the gore, the bit of skin shown, the soundtrack which is not altogether all that bad or the really hammy acting that goes on for a solid portion of the movie but it is definitely not the worst film one will ever see and it has a polish to it that makes it seem far more big-screen than it probably has any right to be.

As far as slashers go, Slashlorette Party is okay. It never really gets any better than that and while that is a wee bit of a tragedy given the awesome title it sports, it is still worth a gander for those who are fans of the genre even though they will get nothing new out of it.