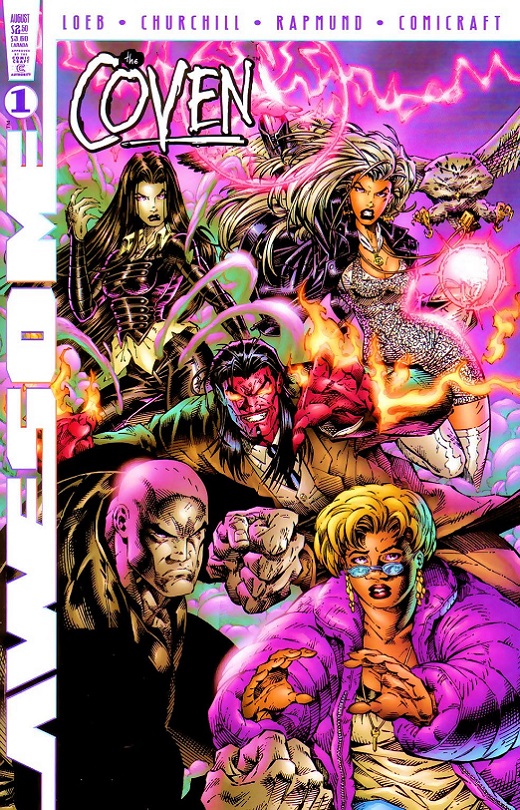 The first issue of Awesome Entertainment’s The Coven is a book that looks good and reads well enough but one that simply fails to deliver enough substance for the reader to sink their teeth into. It is not a bad read by any means but the pacing is quick and even though it is a full-length comic, it feels as if it is only a handful of pages as it reads so fast. Writer Jeph Loeb hits all the pre-requisites though and introduces the protagonist, the good guys and the bad ones, though it does make one wonder what differentiates them as pointed out by lead character Christina Baker. Everyone looks ‘cool,’ the character designs by Ian Churchill are on point and the artwork pops enough that one cannot help but soak it all in while reading, another plus that the book delivers. The story begins with Cain and Abel and that fateful day that changed the world forever. This, of course, is going to play into the story going forward otherwise why show such a thing and it cuts to the young woman named Christina who is not exactly satisfied with where her life is now. When she stumbles upon what looks to be a robbery of some kind by some devilish looking people and just after encountering some kind of spirit, she knows that she is in way above her head, especially when others show up and they all begin to fight. As stated, the book moves along in a lively manner and that is in part due to the action which takes place during the latter half of the book. It is both interesting and exciting as it makes the reader want to know more about these characters, who they are and what motivates them and just why it is that they are at each other’s throats. Suffice it to say, for a first issue, Loeb and Churchill do enough that it makes readers want to see what happens next. An additional bonus about this book is that it was able to finish out its first series and even a second one, perhaps due to the fact that Rob Liefeld had nothing to do with it other than publishing it but whatever the case, at least by going off of this first issue, it was worth a look back when it was released and is still worth one now.