Horror films are funny things as they can feature all number of things making them good or bad and even when they are at their worst they can be quite entertaining. When it comes to Dark Tower, while it is not especially bad, neither is it especially good – just kind of meandering somewhere in-between and making for a fairly tepid viewing experience.

One would think that given the presence of Michael Moriarty who usually puts in a good performance and the talented Jenny Agutter, Theodore Bikel and Kevin McCarthy would be a good omen as to what the audience would be in store for and yet, Moriarty disappointed and the story, what there was of it, would do the same. It is not often one can look back and say that Moriarty would give a bad performance and perhaps in part it was not all his fault as the script and story that he had to deal with were not all that great to begin with but there were times where he would be speaking and all one could think of would be to wish he would stop. Bikel and McCarthy were good as they usually tended to be and Agutter was slightly 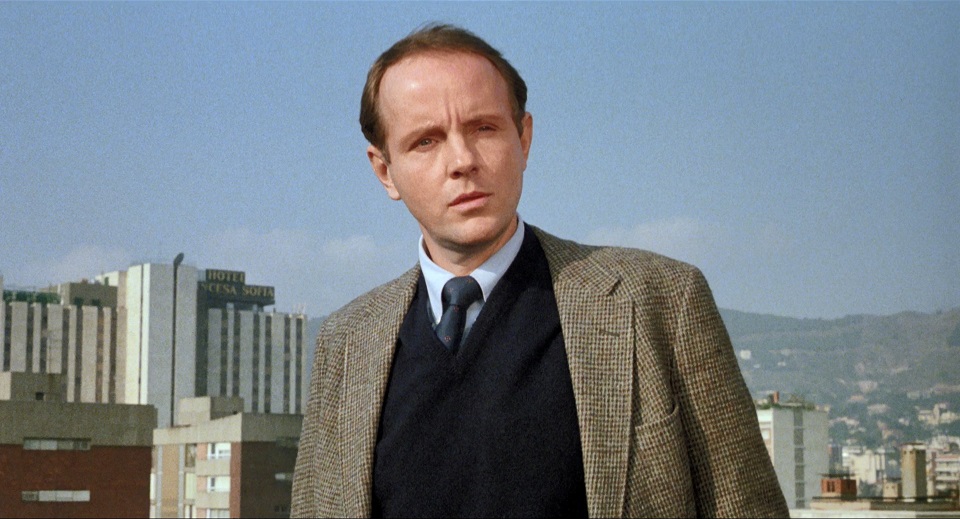 disheartening though the filmmakers did not exactly give her all that much to do. Most discouraging of all was the lack of doing anything different from the average ghost story and as such, it simply seemed like it was all going through the motions, just trying to make it through itself, never mind those who were watching.

There is a bit of mystery that keeps it all tethered together but it simply is not enough to keep those watching very interested. The special effects which consist of flickering lights and quick camera cuts and sparks flying here and there are not especially frightening to even those new to the genre, much less people who enjoy horror movies. Eventually, when it all comes around and Moriarty’s character confronts the person ultimately responsible, the ghost makes an appearance that is a little underwhelming and the film ends on a downer, especially given that it had more than enough of the right ingredients to make a decent picture.

As it is, Dark Tower is a forgettable piece of cinema and those who are looking for a little fright in their life would be doing themselves a favour by not seeking it out.