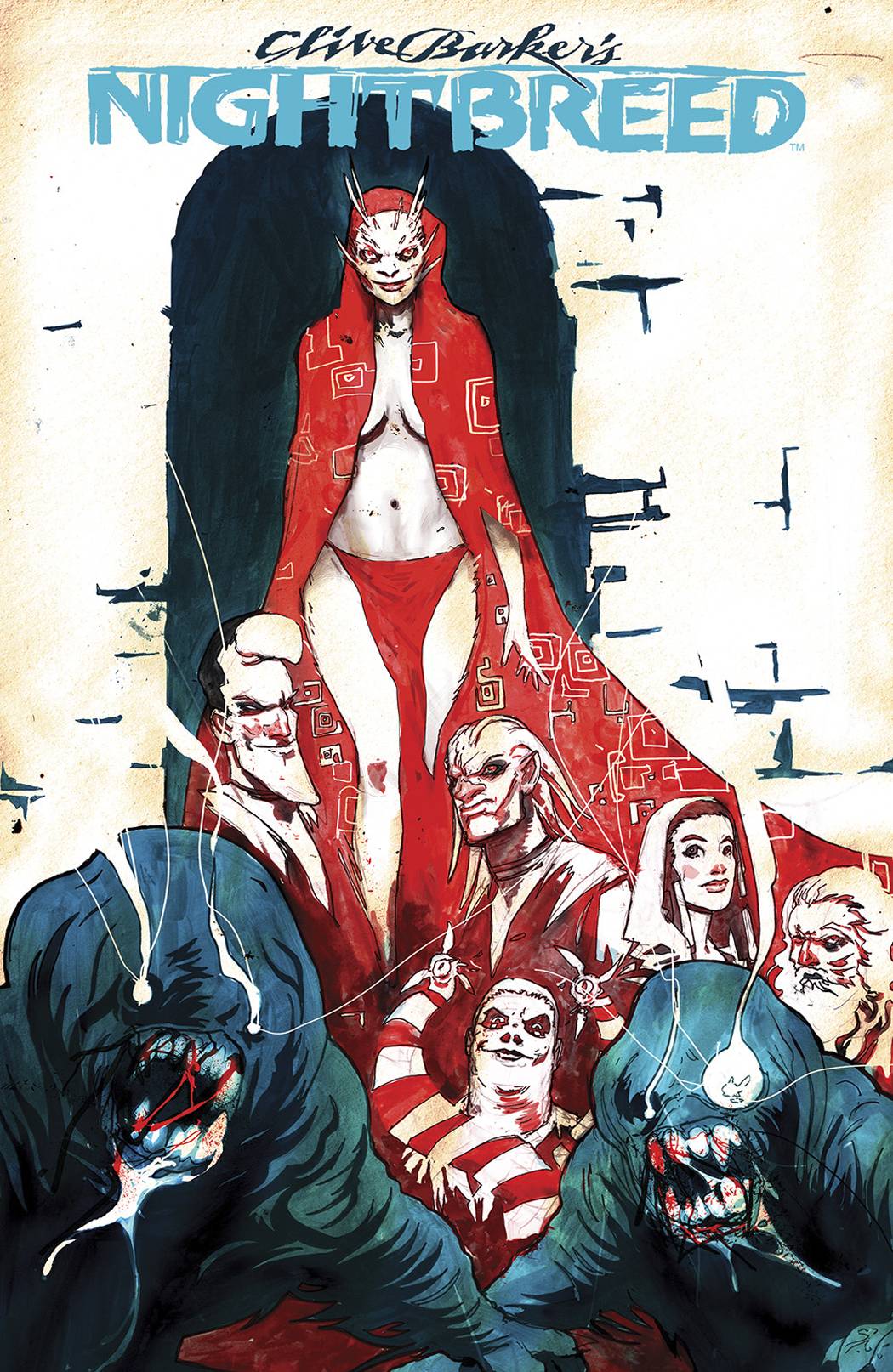 Nightbreed continues on with its story of that strange priest that is trying to cleanse the world of evil and failing, as well as the monster woman with her children from the 1400s. The book follows the woman and the priest as the years pass, for the woman it is hundreds and for the priest, it is decades and such as it is, their travels are not easy ones. All the while this story is taking place, Boone continues his tour of Midian as Lylesburg relates to him the history of the place as it is so very important. The comic written by Marc Andreyko and Clive Barker continues to do a good job of slowly introducing its cast while also trying to tell a narrative featuring both the good and the bad that makes its way to Midian. It is a process that is suspenseful in its unfolding as one wants to see what happens but the journey is so good that waiting is not a burden. For his part, Andreyko is a writer who is either doing a fantastic job as the book is so quickly paced that it is over before one is aware of it or a bad job because it is over before one knows it. The title always feels like it is a little light on substance but it does have the standard twenty-two pages so as a customer, one is getting their money’s worth. Sure, the story could be a little heavier and feature more text perhaps, especially during the parts involving Boone and what has to be the incredibly rich history of Midian but as it is, it is effective and captivating. The artwork by Piotr Kowalski always looks great and the visuals of the circus freaks at the end of the book are fantastic. Though it is nice to see the story unfold naturally and at its own pace, a little more dealings with Boone would be appreciated, as well as seeing how he is going to tie into it all and perhaps a hint at where it is leading. Otherwise, this was another solid effort from the creative team that keeps things rolling along, heading to an unknown destination that keeps their readers wanting more.