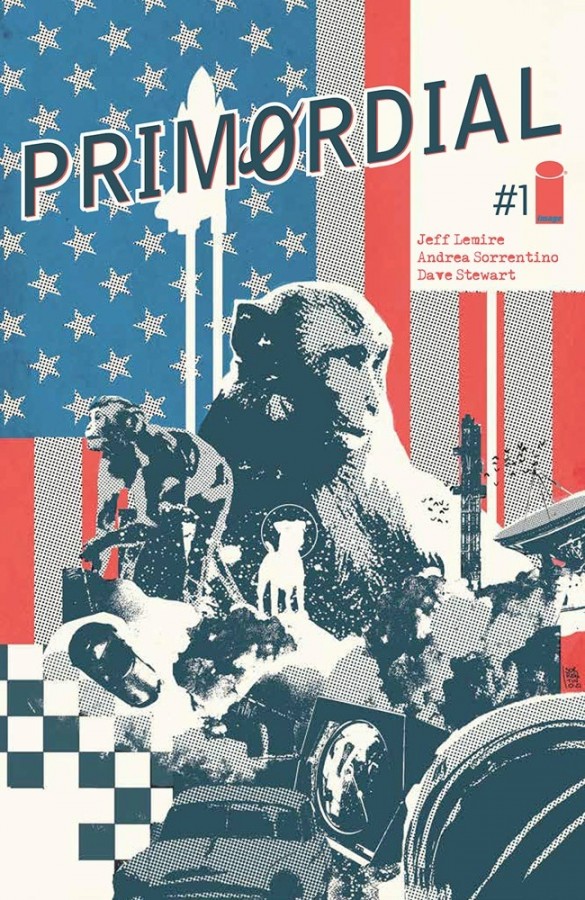 The Story – While the final Jupiter mission in 1959 did not go exactly as people wanted it to, it ended up going differently than reported.

The Take – Jeff Lemire and Andrea Sorrentino, fresh off of Gideon Falls, have teamed up once again on a book that is equal parts science fiction and mystery, something a little different than their previous collaboration but just as welcome. It all begins in 1961 when Doctor Donald Pembrook is tasked with salvaging anything the armed forces can use from whatever is left at Cape Canaveral now that all further space missions have been scrapped. He is a little put off by it all as he thought he would be helping to get further missions off the ground, especially given his academic background. While doing just that, he is presented with some evidence that leads him to discover that the last mission involving two monkies named Able and Baker did not happen as it was reported which leads to him questioning it all. From this point on, Lemire takes Pembrook and starts him on a journey that will lead him to the KGB, to Berlin and hopefully, to the truth of it all. Suffice it to say, this book is both interesting as it puts a spin on those missions carried out at Cape Canaveral all those years ago, as well as that of the Russians and by doing so creates a very involving mystery that grabs its audience right from the get-go. Adding to that is Sorrentino whose artwork is a bit lighter and slightly more defined in this book, pencils that create both disturbing imagery and an almost noir-like feel as Pembrook starts to find that he might be in over his head after having this mystery dropped in his lap. This blend of genres makes for some compelling reading and even better, the creators leave it all off on a fantastic cliff-hanger that simply begs for continuation and if the rest of the story did not hook readers, the ending more than likely would. A great start to a promising new series from Image Comics.