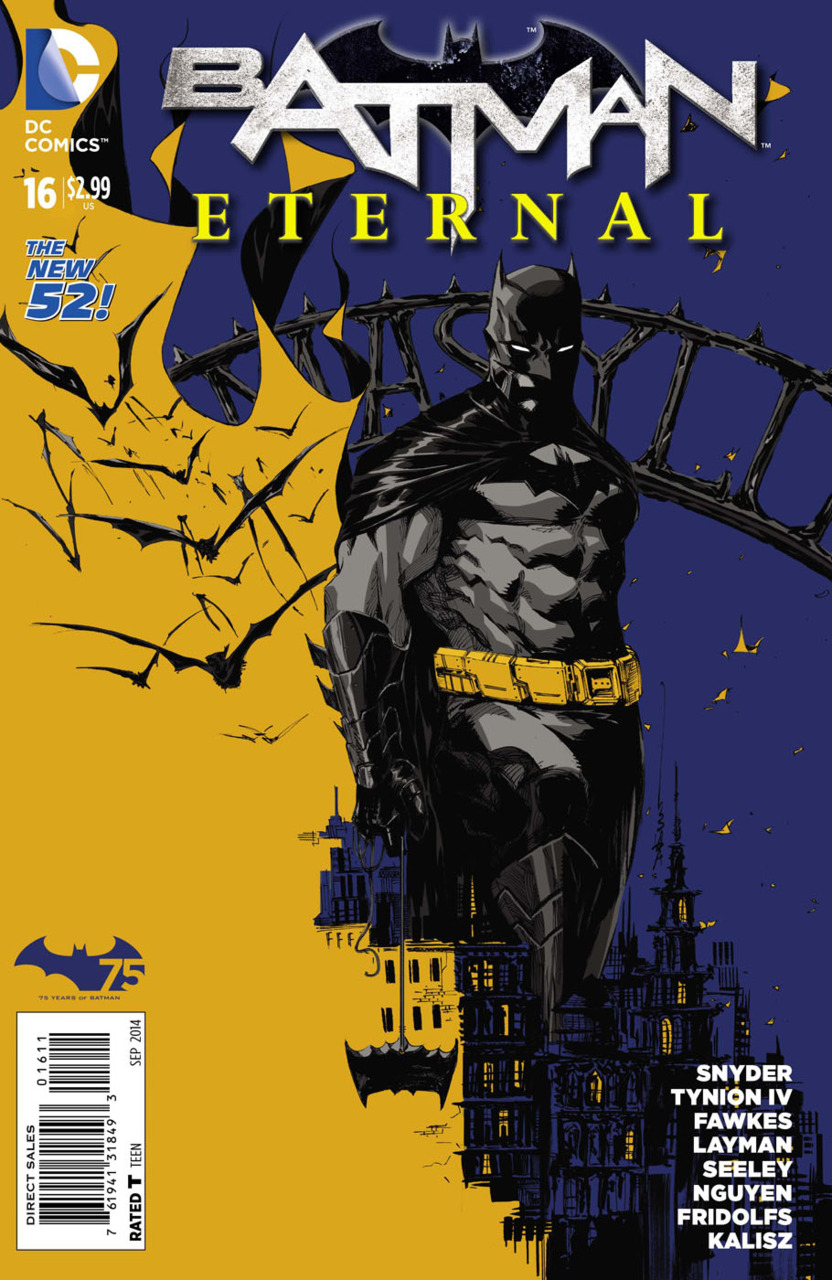 The current issue finds Batwing being held by Joker’s Daughter, at least until he escapes that is and Jim Corrigan having a chat with a man named Mister Bygone. Both heroes are trying to get to the bottom of what exactly is happening in Arkham Asylum. With all of the inmates running free and supernatural forces at work throughout the place, it is not the best place in Gotham to be at the moment. Also happening in this book is a little flirtation – or something close to it – between Vicki Vale and Lt. Bard, Red Robin and Harper Row run into some trouble as is almost always the case and Batman just doing his thing. This was, all-in-all, a pretty good issue from the creative team and it was nice to see them continue the Batwing and Corrigan storyline with a little resolution given with the reveal of the bigger(?) bad at the end of the book. Whether that remains the case going forward has yet to obviously be seen. In the last issue, it was revealed that Mister Bygone might have been the cause of all the anarchy going down and now it seems like he is only a part of the overall problem and not the cause. There is still no sign of the Spectre which is a little disappointing though readers know why he shows when he shows but the authors must be holding him back for an upcoming part of the book where he will face someone worthy enough for him to be called out. All of this and Professor Pyg too, at least for a moment that is. While there is not too much else going on, that is perfectly all right as this was more than enough and it was nice to see some focus upon a singular storyline. The creative team has been doing a great job at keeping things going and Dustin Nguyen is a great fit for the Bat-family. Altogether this makes for a fun package that hopefully leads to more.