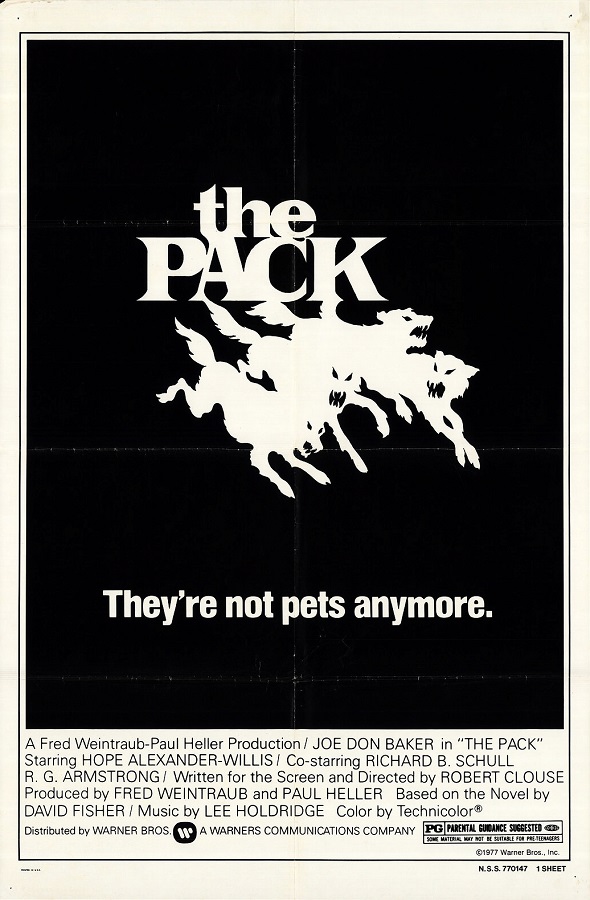 Much like anything, animals can be great and they can be awful. In the case of man’s best friend, that being dogs, it is hard not to love them even at their lowest point which is pictured here in this film called The Pack. 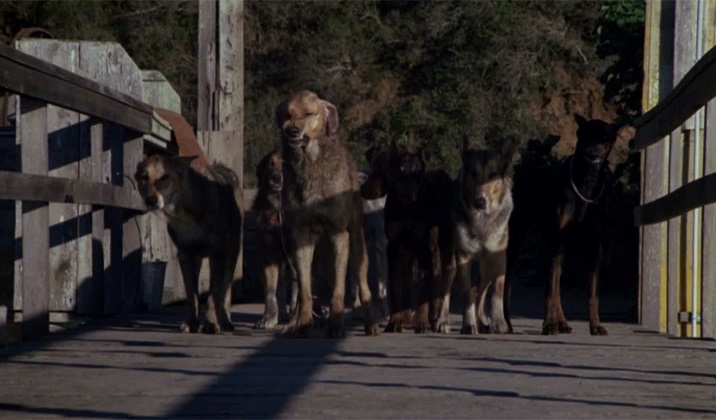 The movie centers around a man named Jerry who has discovered a feral dog while dropping off some junk. While he looks to take care of the animal throughout the first act of the film, he soon discovers that said dog is not alone though and is the leader of the pack. One might have guessed from the opening scene where a pack of dogs chase down a horse and presumably kill it, later confirmed, what this picture was going to be about and they would have been right on the money as Jerry and the rest of the people who live on the island all try to stay alive as the starving animals look to make a meal out of anything that moves – man, woman or child.

Featuring a number of deaths across various species and at least a couple of gruesome scenes, the movie slides right into the horror genre and rightfully so as these vicious dogs will do what they must to survive and that usually involves tearing apart their victims. As it is, the movie is fairly predictable, the audience knowing who is going to end up getting killed before it happens and that it would and could end only one way. Director Robert Clouse would not disappoint and would do so in a pretty explosive way which was also quite sad with the only saving grace not being able to hear the animals as they themselves died. 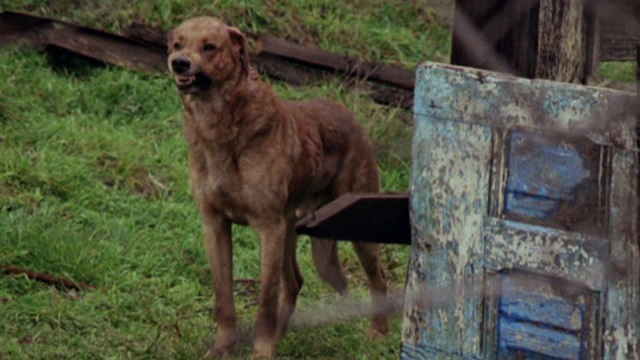 The real horror of this film was seen in one of the very first scenes to air where a tourist leaves their dog tied up in the forest to die rather than take it with them or at the very least, surrender it to a shelter or find it a new home. The fact that people can do such a thing to such a loving animal is insanity at its finest and has no place in civilization any longer. That being said, seeing that and coupled with the blood and guts as well as the snarling and raving dogs made for some tense scenes that would make viewers grab the edge of their seats at least once, if not more. Factor in the practical effects to make those dogs as scary as they were and the film does a great job at presenting them as a viable threat.

Horror from the 1970s, especially those movies dealing with rural areas featuring the everyday activities of the people that live there and the unsuspecting menaces that rise up to meet them always seem to make for the more interesting movies in the genre as they have the possibility of being real. Rabid dogs or cults or the local wildlife going crazy could happen and seeing something like this on the big screen always makes one pause for a moment once they are in and around the comfort of their own home, at least until the memory of that film fades away but there is always a moment which means that picture in question did its job. The Pack may not be the best movie of this kind ever made but it does what it sets out to do and does it well.