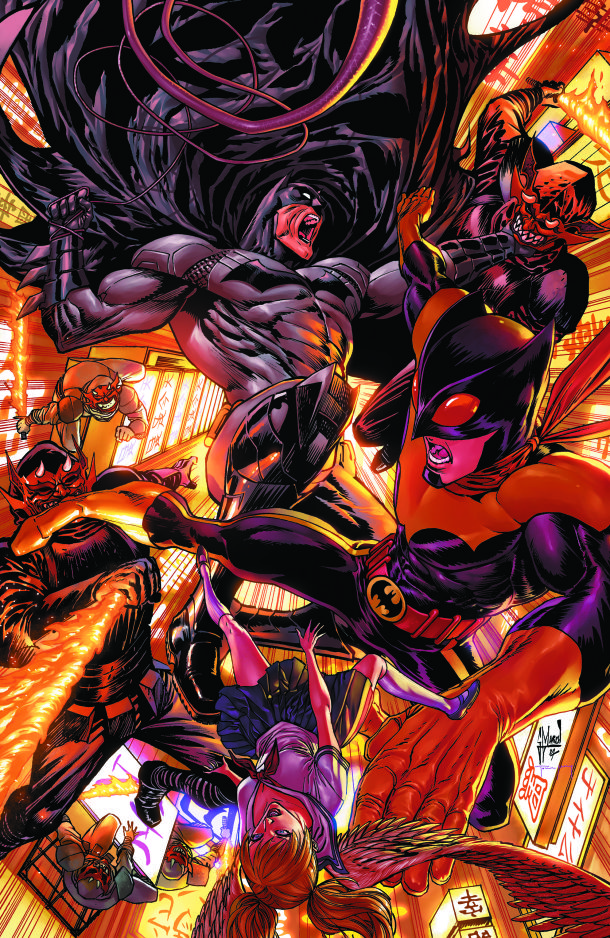 Commissioner Forbes thinks he is doing all right, that is until he meets with his boss, Falcone, who has a different idea on his performance altogether. Despite that, Falcone has another job for him – apprehend Catwoman as she is becoming more of a nuisance than even the Batman. Meanwhile, over in Hong Kong, Batman meets with Jiro, the Batman of Japan as he is hunting down clues to find a way to stop Falcone. That is soon followed up with a lot of action taking place, a little investigating and a couple of answers which have been hard to come by as of late. This issue as it turns out was quite fun and exciting with a more focused look into stopping the series’ big bad, that being Carmine Falcone. It was nice to see one of the international Bat-men make an appearance for a bit with a cool way to tie him to Wayne Enterprises, showing readers that Bruce has an eye out to keep things tied to him and close to home. It would be great to see a little follow-up this book’s ending, which was a cliff-hanger, continued in the following issue, but the way the book has been going it is more than likely that readers would have had to wait a couple more for the resolution. As for Catwoman, she is definitely making herself a target for Falcone and during the final act of the book, she finds herself in a predicament she may not be able to get out of. On the artistic front, Guillem March did an excellent job, much like most of the artists featured in the book so far, the man’s pencils looking quite splendid, especially his depictions of the various characters and while it would be nice to see a more consistent look on the title, with each artist only lasting one or two issues instead of five or seven, it does keep things fresh and the book when it was originally released, coming out on time. Altogether a strong package that keeps readers hooked.