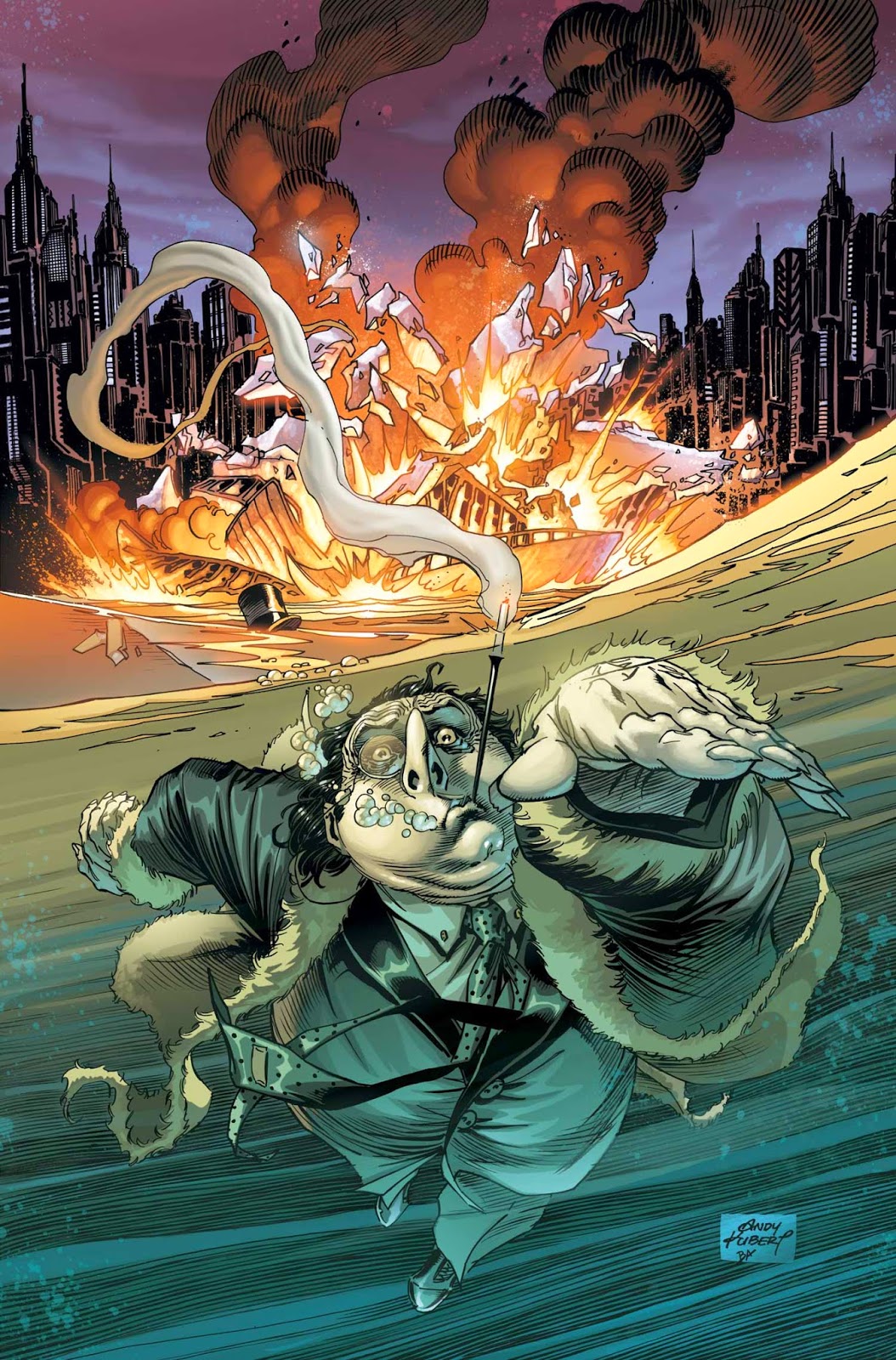 There is a lot going on in this book with Batman facing off against Pyg who makes his return while Catwoman going up against the Penguin. Falcone also appears, pulling the strings behind everything like only a puppet master can and there is a little tiny appearance from Tiger Shark of all people. At times, the book ended up being a little convoluted the way it would jump around from story to story but in the end not overly much so as to make it confusing. Pyg is still a lame villain no matter how one looks at it, or him to be precise. In the right setting, such as a horror title, he might play a little better but at the moment, he pales next to those who appear along with him. It would have been great to see a continuation of the Spectre storyline from last issue, or the Red Robin plot from the one previous to that but it seems the writers have a plan and readers are just along for the ride, trying to guess and figure out just where it is all going. This issue was not as strong as the last one, though it was still entertaining enough to want to stick around and see where it was going. It looks like Falcone is going all out to retake the city so it will be interesting to see just how Penguin or other villains strike back. One cannot imagine that they will just sit back and let their little piece of the pie get gobbled up by someone who should have stayed in the past. Another penciller joins the book this issue in Emanuel Simioni and he does a pretty good job, the artwork sometimes eclipsing the story in quality which is not always a bad thing as it is usually what sells a book more than anything else. It would also be nice to see him stick around for a few and give the book some consistency instead of the rotating cadre that have appeared thus far, not that they were not good in their own right.