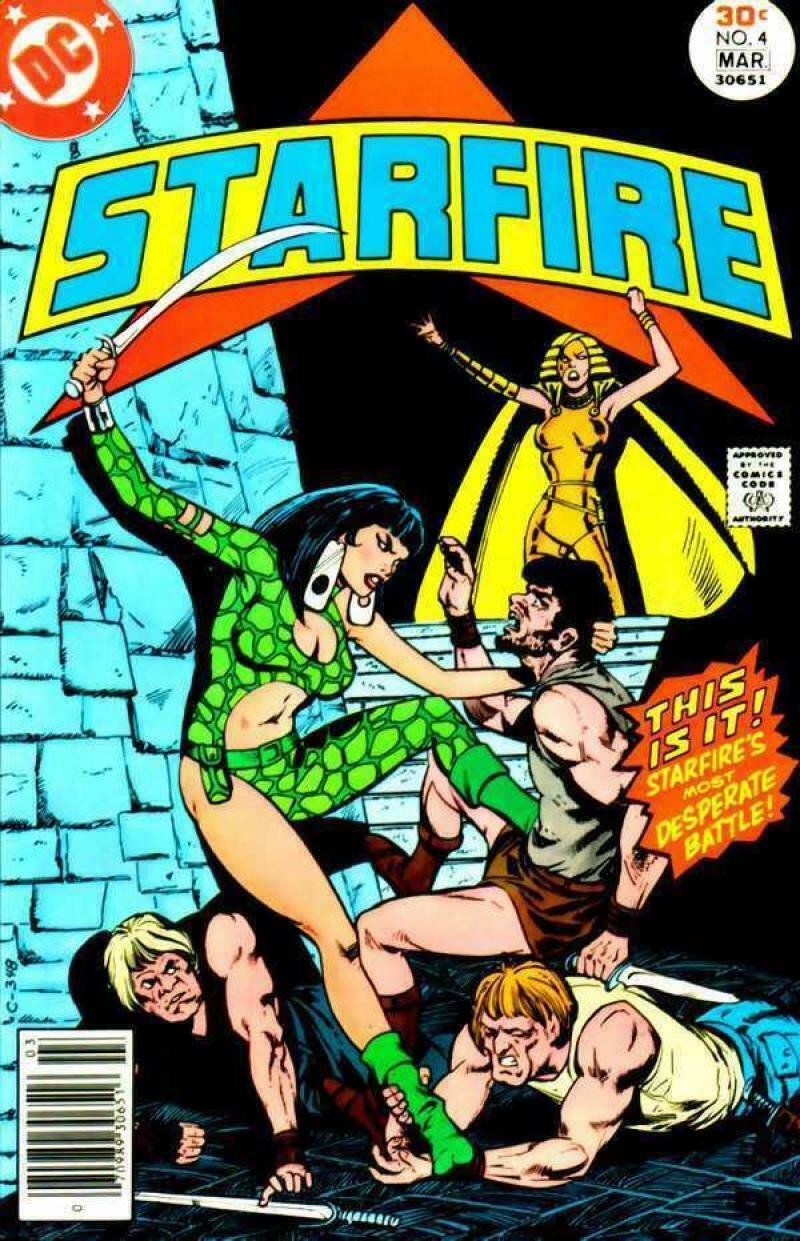 While travelling, Starfire and her men are met by the Nitrons, savage beast that resemble the cavemen of old and though they give as good as they get, the creatures manage to get away with all of their food and supplies. So it is that the men almost immediately start to grow restless, for what are they going to do without food. As fortune would have it, there is a settlement in the valley not too far off and Starfire means to get what they need no matter how she has to do it. Upon arriving, Starfire learns of their leader one Karoleen, a woman who managed to conquer them, elevate the women to power and make slaves of the men. She rules with an iron fist and so it is that Starfire must follow her commands and said command is to hand over three men so that they might become slaves if Starfire wants the food and supplies. That of course is not something that Starfire is going to allow and so she and her men hatch a plan to prevent that and still get what they need. Elliot S. Maggin returns to helm this issue with stalwarts Mike Vosburg and Vince Colletta. They do a great job with the story, packing it full of intrigue and action and alien monsters. Karoleen makes for a great villain and is the perfect adversary for Starfire as she has never gone up against a woman as powerful as her before. Readers might think of Karoleen as just another despot but Maggin delves into her origin for a bit and while one can never get behind her actions, one can feel sympathy for how life turned out for her. Suffice it to say, Starfire and Karoleen battle each other and the ending turns out to be one that was far more permanent for one of them. As for the rest of the men, they do battle themselves, fighting to capture the food and supplies they bargained for, albeit in bad faith, while the soldiers they go up against know nothing of the fate of Karoleen. This was a great issue from front to back, one that did not necessarily have anything to do with the Mygorg or the mission to rid the planet of them but one that was a lot of fun nevertheless and more along this particular route would be great to see as the book moves along.