When it comes to science-fiction, especially classic science-fiction that was once up on the big screen, it can be a real mixed bag. Some of it is great while some of it is pure cheese, much like this very movie – Battle Beneath the Earth, released in 1957. That does not immediately disqualify it from viewing, in

fact, some of the better movies in the genre are oftentimes ridiculous in nature but there are times where it simply gets too silly and thankfully, this movie is worth a gander even though it tends to fall into the absurd.

All of it revolves around the fact that one man believes that communist China is going to tunnel underneath the United States of America, planting bombs wherever they go in order to rule whatever remains. The man is a scientist, one Arnold Kramer by name and while he seems like a crackpot when an event happens that seems to bolster his claims, Cmdr. Jonathan Shaw as played by Kerwin Mathews ends up taking a team down into the Earth discovering that not only is it real but he must put a stop to it before a catastrophe strikes and the communists end up turning the U.S. red.

Playing out as it does, the film is both nonsensical and comical at the same time, the logistics of this

scenario playing out as it does being truly fantastic and yet, one cannot help but sit back and relax as a team of ‘elite’ army responders look to halt the advances of the Chinese. On one hand, this movie seems as if it were made for kids but there is a bit of violence to be had that could be questionable, though given what is on television today makes it seem quite tame in comparison. There is a lot of action that takes place though, the entire affair motoring along at a good pace and it never manages to overstay its welcome which is refreshing as some films in this genre tend to do. The cast was not overly memorable except for Mathews whom people might recognize from The 7th Voyage of Sinbad and quite possibly Robert Ayres, a man who appeared in everything back in the day but one of those people whom one sees but never remembers exactly who they are. Still, they all did a fairly decent job and silly or not, it played out in serious fashion as if the Chinese were actually knocking on their doors.

Surprisingly, the special effects were not all bad and would make the movie a lot of fun, the audience watching the various underground machines doing their work and becoming part of the battleground that would soon take place. Some of the casting and makeup choices would be slightly regrettable though, yet even in the face of that which would be offensive, Battle Beneath the Earth would make for a bizarre and laughable bit of cinema that one could not help but appreciate. 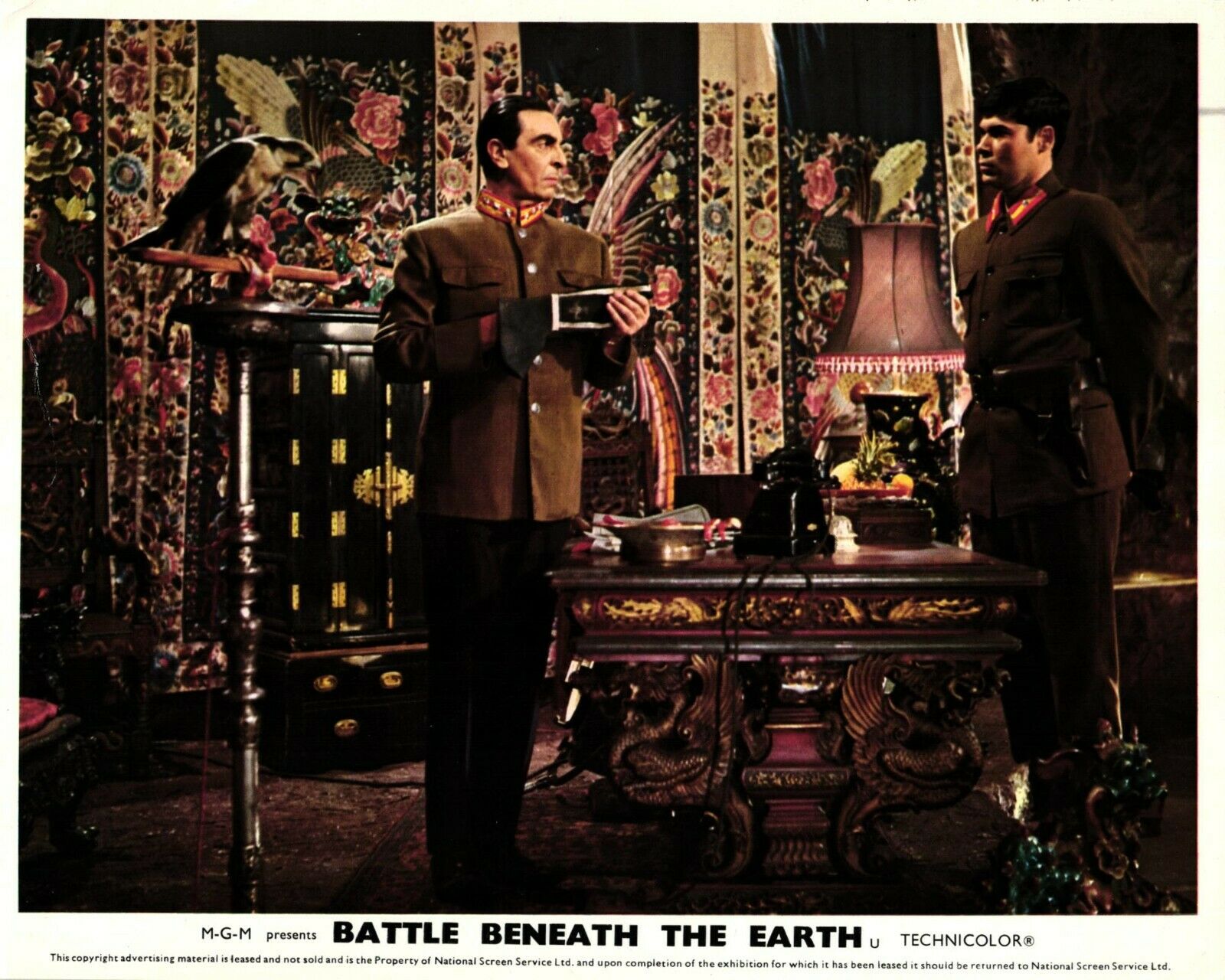