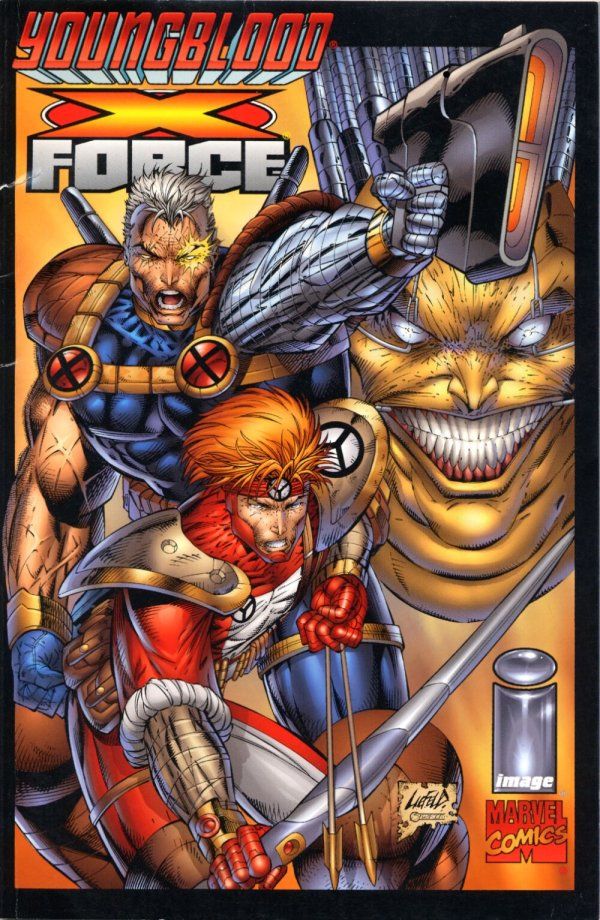 The Catalyst: Mojo is back on top in Mojoworld and looking for ratings.

The Convergence: Dazzler is thought dead, Longshot is captured and X-Force has come to Mojoworld to put a stop to the tyrant it is named after. Youngblood, their Earth having been saved from Mojo at an earlier time have also decided to do the same. As X-Force comes under heavy fire from The Four, Shatterstar leads a couple of his team members away intending to finish the mission when he comes under attack as well and is saved from Youngblood who make a timely arrival. The two teams get together, defeat the bad guys with banter and fighting and at the end of the day, Mojo has had a major setback thanks to them but one can never count him out.

The Critique: The second teaming between these two properties was fun overall, though there was not a whole lot of meat on the bones so to speak, especially compared to the first outing that saw them team up. The story was simple and executed well, was quickly paced and was over in a couple of heartbeats. That was not necessarily bad but it would have been nice if it had been just a little bit longer so readers could really see the teams gel for if one was unable to read the previous issue, one would naturally wonder just how it is that they know each other so well. The artwork was decent, though as one could easily tell, it was a hodge-podge of artistic styles that would sometimes work well together and sometimes not. None of it would necessarily detract from the story but a consistent voice throughout would have made for a stronger product. Once again, it would be the threat of Mojo bringing everyone together and while that was fine, a new villain would have been appreciated as this had already been seen. Altogether, this was a book that was entertaining yet one that could have packed a bigger punch if given the chance.