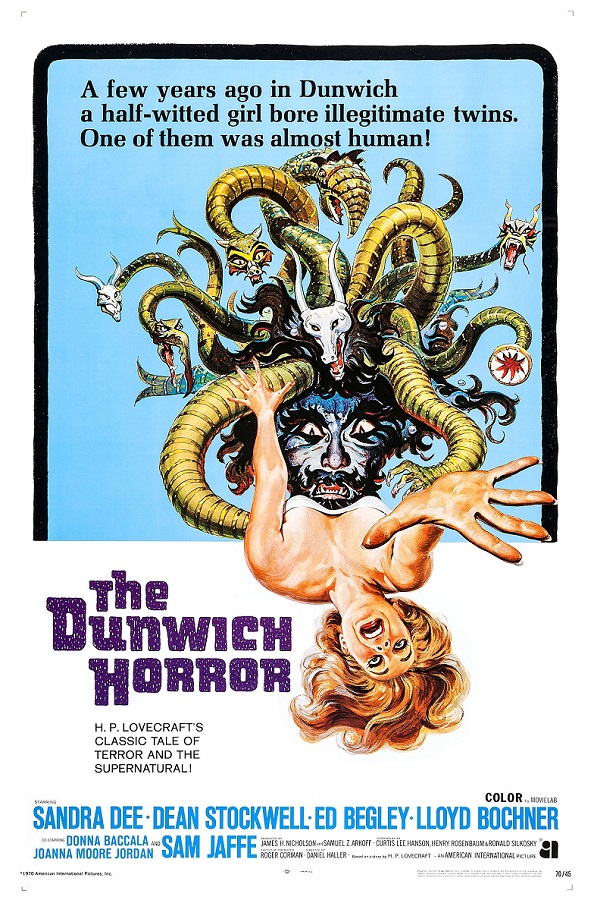 To some, it might seem a little strange to see Sandra Dee in a horror film, especially one based upon the work of H.P. Lovecraft and yet, at this point in her career, she was no longer the girl named Gidget or the bride of Bobby Darin. Here, she was just an actress and while memories of her 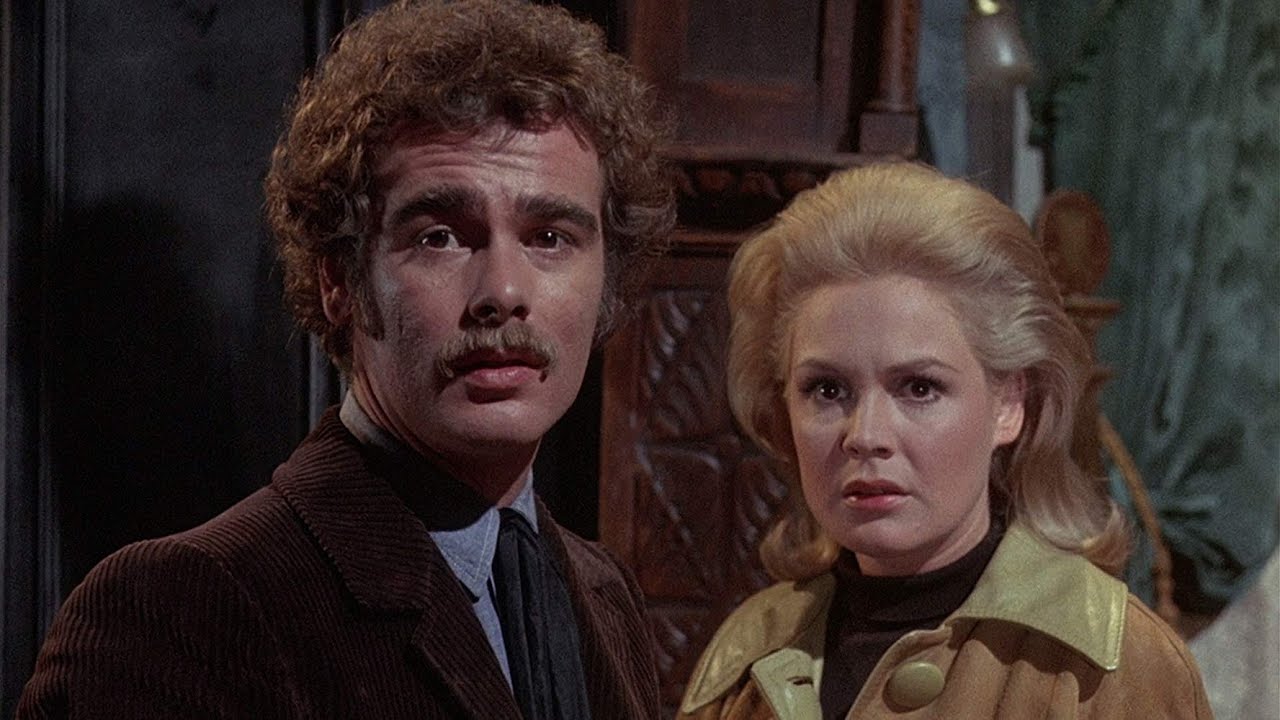 previous life roles might have been fresh in people’s minds, she managed to do a good job with what she was given, despite there being little to it. Also starring Dean Stockwell and Ed Begley, they would appear opposite Dee in what can only be called a disturbing trip into 70’s horror.

The movie deals, at least in part, with the Necronomicon which currently resides in a library and belonging to one Dr. Henry Armitage. In a much larger sense, it is about returning The Old Ones to the planet, gods long since abandoned and exiled long ago and Wilbur Whateley as played by Stockwell is going to be the man to do it. For that, he needs the Necronomicon or at least the knowledge within and in addition, a healthy young woman who will be needed to give birth during the ritual which will call them down. To 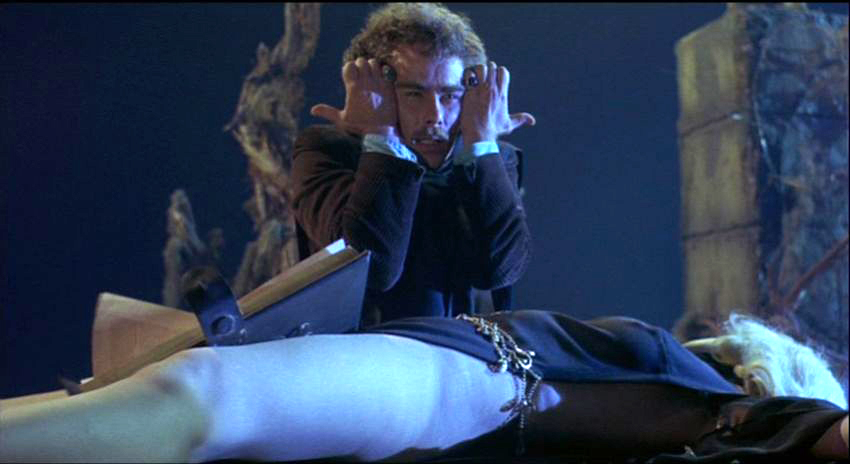 that effect, Wilbur seduces Dee’s Nancy Wagner and not with just his charms either. Things soon start to go Wilbur’s way, opposite to Dee and everyone else as her absence has been noticed as has the reputation of Wilbur’s family and thereby stopping whatever it is that Wilbur has in mind. As the time moves on though, the Old Ones creep nearer and murder and mayhem take place as a creature is killing those that might be called good with some incredible scenes of psychedelia which ends up being far more effective than any practical effects creature would be.  It is a race against the clock with the winner being those left alive.

When it comes to H.P. Lovecraft, there is not what one might call a lot of action taking place and when it does here, it is not until the final act of the film. It is a slow burn, the horror building moment by moment, subtle at first through the performances of the cast, specifically Dee and Stockwell as one becomes indentured to the other as well as Sam Jaffe who plays Wilbur’s grandfather. Factor in the strange mansion the Whateley’s reside in, the locked door that always rattles, the effective atmosphere conjured by director Daniel Haller and cinematographer 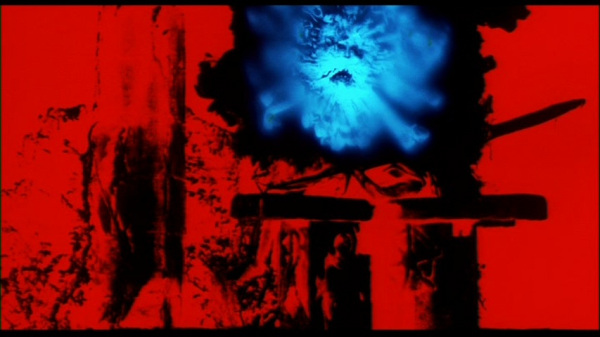 Richard C. Glouner and the film ends up being extremely creepy if not scary by its final act. If there is one thing that was perhaps not needed, it was the rape scene involving Dee though it was effective in conveying the seriousness of the ritual and the overall sense of horror that would permeate the movie. Stockwell was both imposing as the caster and yet somehow unimposing when dressed in his everyday clothes, both meek and powerful – a strange combination but a testament to the man’s ability to be able to portray such different characteristics. As for Dee, while she was effective in her role, it did not require very much compared to those with whom she starred.

Those who come into this picture expecting a lot of blood and gore will be sorely disappointed and if such is the case, so too might the pace of it all put some people off but if one sits back and absorbs it all, they might be pleasantly surprised to discover something off the beaten path. The scares are not for shock value though there is perhaps one during the final scenes of the film that might do just that and yet this movie is for those that like good, dramatic horror and in that sense, The Dunwich Horror is one that will not disappoint. 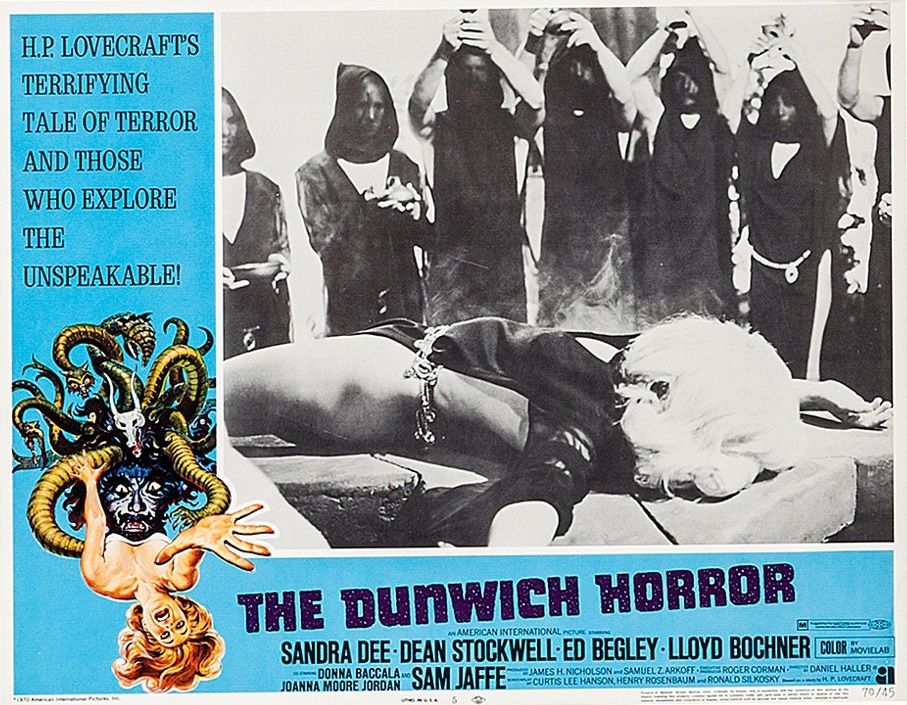