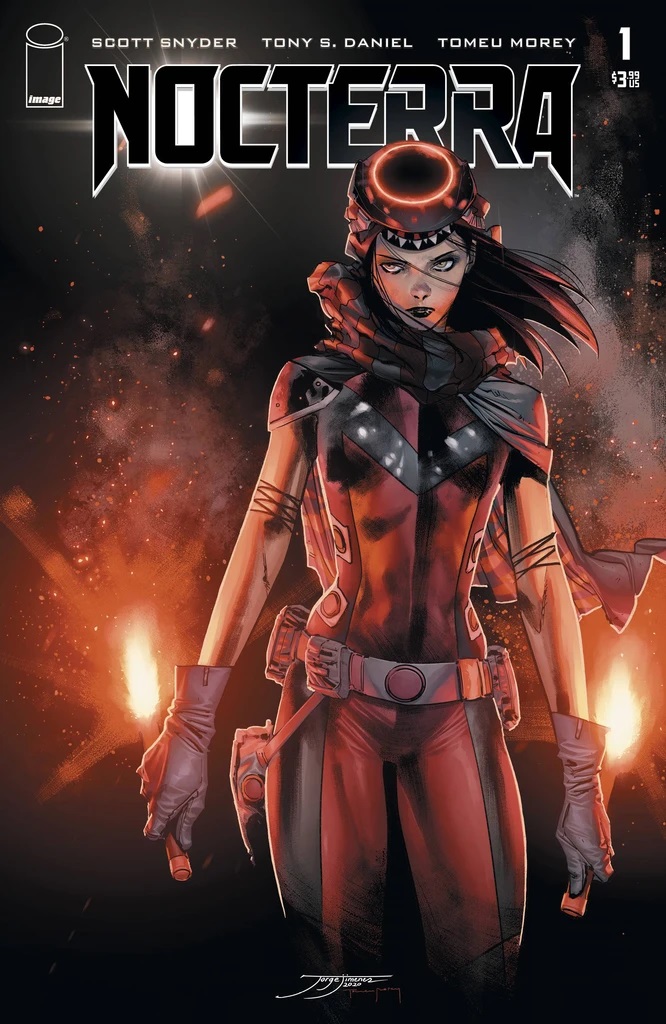 The Story – The sun is gone and darkness envelops the Earth like an impenetrable blanket. Val drives a big-rig to earn enough cash to cure her brother before he transforms into one of the monsters that have inherited the planet.

The Take – A world covered in darkness is not exactly new territory but creators Scott Snyder and Tony S. Daniel make it interesting in this first issue, introducing us to the main players and giving readers exactly what they need to both understand and enjoy it. This new existence is fascinating as survival depends on the creation of light, something that is hard to come by but humanity is not going to give up without a fight. As time has passed, the world has come to be populated with monsters, creatures that were once birds, animals and even people who are now infected by the darkness and while there are preventative measures to keep the transformations at bay, they do not always work. Snyder explains this as it just so happens to be a motivating factor for lead character Val whose brother Emory is now so infected and at the moment, the treatments are not working. This leads to Val accepting a job to take a man and his granddaughter to a sanctuary and more importantly, a place that promises a bit of sun. The book also introduces a character by the name of Blacktop Bill, a hunter who is looking for the old man that Val just so happens to be in business with because it was he who caused the darkness. The great thing about this book is that Snyder and Daniel make it feel like a film, almost cinematic in nature and it reads exceptionally well because of it. The artwork by Daniel is some of the best he has ever done, the pages looking incredibly slick and the colours by Tomeu Morey really making them pop. While there are aspects of horror throughout, the book does not necessarily feel like a horror title, though as it moves along, one can easily see there being plenty of opportunities for it to shift more fully in that direction should the creators choose to do so. As for the mystery behind it all, that is what makes it more intriguing than anything else and it looks like Snyder and company have only good things for readers in store.